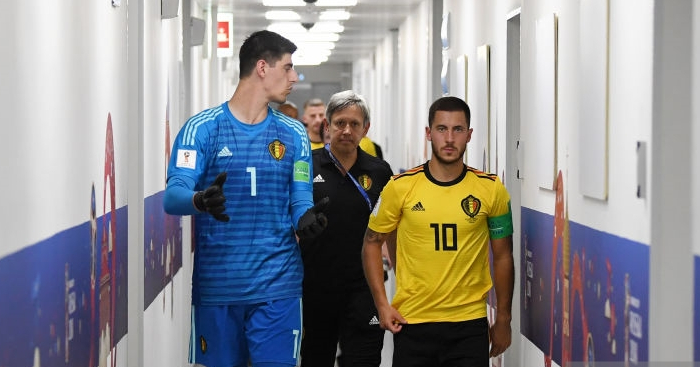 France beat Belgium 1-0 with a Samuel Umtiti goal to book their place in Sunday’s final.

You can read 16 Conclusions on the game, where France absorbed pressure and played on the counter-attack rather well.

To Courtois however, that was “anti-football”.

“France heads a corner and does nothing more than defend,” Courtois told beIN SPORTS.

“[France] are just an anti-football team. I’ve not yet experienced a striker playing so far from goal.

“The team in front of us has defended well with 11 players 35 meters before their goal. And they’ve done this the whole tournament. Against Uruguay they score with a free kick. Today a goal from a corner. Pity, but that’s football.

“It’s their right to play like that, because they know we’re having a difficult time dealing with it, but it is not nice to see. This team was no better than us.

“I would have preferred to have lost in the quarter-finals to Brazil, at least that was a team that wanted to play football.”

But according to Het Nieuwsblad, Hazard offered the greatest line: “I prefer to lose with this Belgium than win with this France.”

“But they do defend strongly and are very efficient,” he added. “We have not found their weak point.

“That little moment of magic needed to score was not there.”