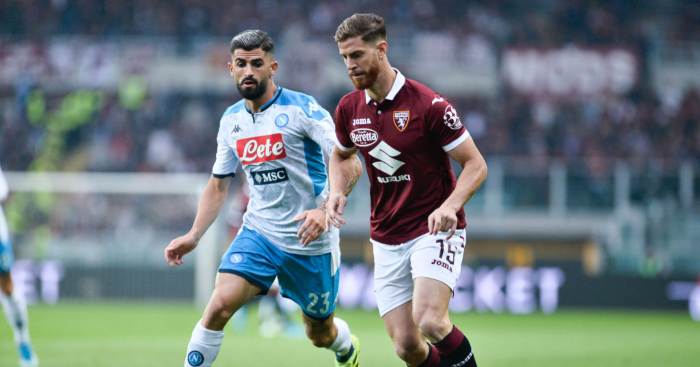 Chelsea made a huge offer for Napoli right-back Elseid Hysaj back in 2018 and now the Serie A club could be about to lose him for free, according to his agent.

The Albania full-back now looks all set to run down his contract in Naples and leave on a free transfer next summer – a fact which will infuriate chief Aurelio De Laurentiis.

The player’s agent has almost touted around Hysaj, reminding clubs that the 25-year-old will be up for grabs and free to speak to foreign clubs in January.

Agent Mario Giuffredi has revealed that things could have been different for Napoli after they rejected a €50m (£43m) bid from Chelsea in the summer of 2018.

Maurizio Sarri left Napoli for Chelsea that summer and it’s understood the Italian wanted to bring Hysaj with him to Stamford Bridge, as well as Jorginho.

Giuffredi told Radio Punto Nuovo: “Whatever happens with him, the outcome will be great.

“If we leave, we’ll do what we had to do in the summer. If we don’t leave, Napoli will lose the player on a free transfer, but it’ll always work out for us.

“If Hysaj stays at Napoli, the Neapolitan club risks losing the player for nothing.”

Whether Frank Lampard will be interested in the player remains to be seen, as he currently has Cesar Azpilicueta and starlet Reece James battling for that position.