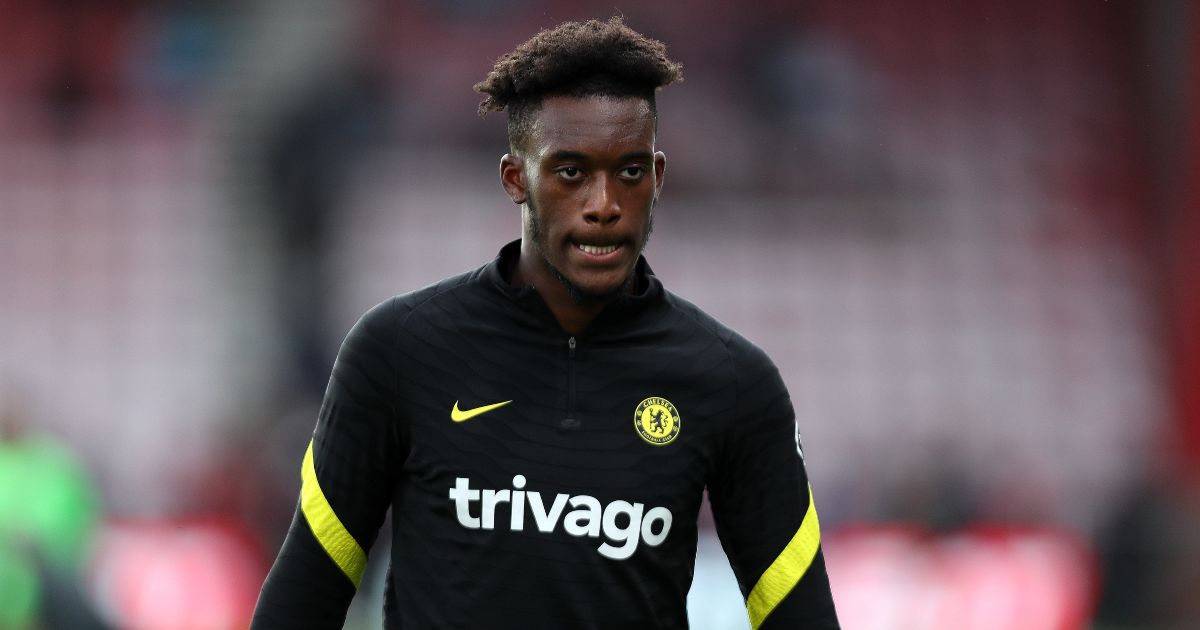 Chelsea have blocked Borussia Dortmund’s move for Callum Hudson-Odoi while they try and sort out a replacement, according to reports.

Hudson-Odoi played 82 minutes as Chelsea beat Villarreal in the European Super Cup on penalties earlier this season – but he has been an unused substitute for all three of the Blues’ Premier League fixtures.

The England international is understood to be open to a move away from Chelsea this summer as he looks for regular first-team football.

Sky Sports confirmed yesterday that Dortmund were ‘in talks’ to sign the 20-year-old on loan but that the Premier League side were ‘undecided whether to allow him to leave’.

And now Sky Germany reporter Max Bielefeld claims that Hudson-Odoi has ‘agreed personal terms with Dortmund’ with everything ‘set between him and BVB’.

However, Chelsea are ‘refusing to let him leave on loan for the moment’ and the situation will ‘only change if they get a replacement in’.

He finishes by saying ‘all eyes on Saul now’, referring to Atletico Madrid midfielder Saul Niguez, who mainly plays in central midfield but can be used at wing-back.

Update Hudson-Odoi: He has agreed personal terms with Dortmund, everything is set between him and BVB ✅

Situation could only change if they get a replacement in. All eyes on Saúl now 👀#TransferUpdate pic.twitter.com/ouym6zdK5Y

Mundo Deportivo reported yesterday that Chelsea had called off their move for Saul after their hopes of signing him ‘vanished’, which doesn’t sound promising for Hudson-Odoi’s prospects of leaving this month.

Meanwhile, Chelsea boss Thomas Tuchel has revealed why Marcos Alonso has started all of Chelsea’s matches so far this season.

Tuchel told the club’s official website: “For Ben Chilwell, the explanation is very easy. He came back with the latest group and Marcos Alonso had five weeks in his legs from pre-season.

“Marcos played the first competitive matches after a fantastic pre-season. He was simply way more ready physically which was natural because of he did every single training session and was fantastic in the games. He played the Super Cup final and three Premier League games.

“Also, we only have three substitutions allowed and this is the biggest problem and this is a huge disadvantage for English teams in European competition. We play in the toughest league and we have only three changes.

“Having to deal with so many physical situations, with the players arriving back late, you cannot say after 60 minutes, Ben now I give you 30 minutes. You cannot say let’s start with Thiago and see how long it goes.”