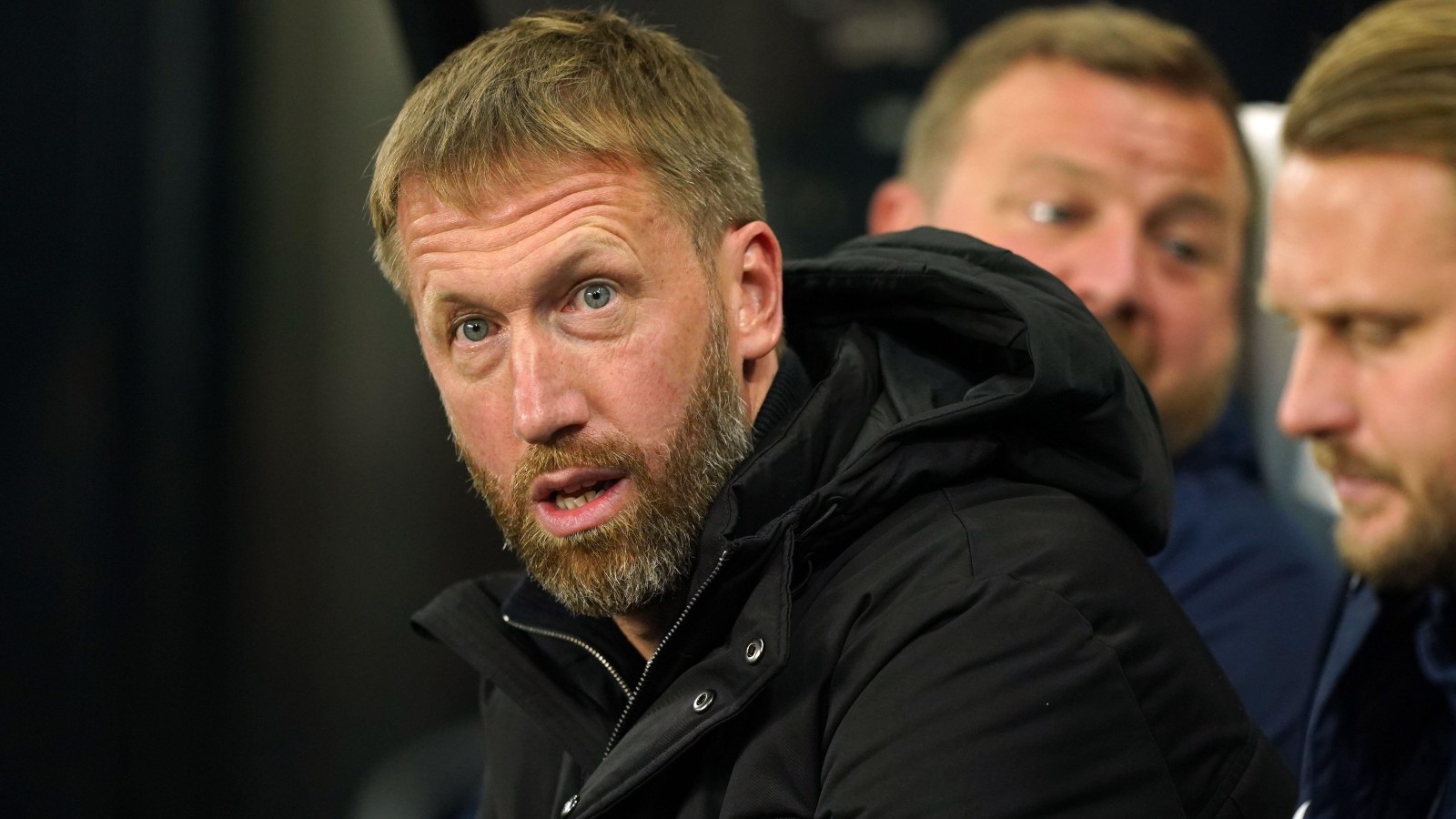 The Chelsea ownership are still fully behind Graham Potter despite his shaky start to his Stamford Bridge tenure, according to reports.

Potter left Brighton to join the Blues in September after Chelsea owner Todd Boehly decided Thomas Tuchel was not the man to lead the Premier League club into a new era.

However, Potter has not got off to the best start at Stamford Bridge despite their comfortable progress from the Champions League group stage.

Chelsea have only managed to pick up 11 points from a possible 24 in the Premier League in Potter’s first eight matches and they now sit in eighth, eight points adrift of fourth-placed Tottenham.

Potter blamed their latest defeat at the weekend, a 1-0 loss to Newcastle United, on “unforced errors” and their tough schedule ahead of the World Cup.

The Chelsea boss said: “It doesn’t make it easier, playing against a team in a really good moment, who are playing with a huge intensity.

“While I thought the first half was relatively even, they started the second half better than us and we had to adjust a bit. I thought we did that, and Conor had an opportunity where Pope made a good save.

“Newcastle scored, we had to push again and I think we had too many unforced errors to maintain any real quality or pressure.

“Credit to Newcastle, they’re playing well, in a really good moment and you could probably see the difference in the schedules between one game a week and the intense period we’ve had.”

Potter is under that much pressure already that the Daily Express have picked out ‘four options’ to replace him at Chelsea if the club were to sack him.

Mauricio Pochettino, Joachim Low, Zinedine Zidane and Brendan Rodgers are all named as possible options should Boehly and co. have a change of heart.

Another report in The Athletic insists that Potter has the Chelsea hierarchy’s ‘total backing’ despite recent results going against his side.

There are an increasing amount of Chelsea fans on social media calling for Potter to be sacked but The Athletic say ‘they’re in for disappointment’.

‘The Athletic sources, who need to maintain anonymous in order to protect their jobs, have made it clear the club’s new owners’ support for Potter and the long-term project they share is unwavering.

‘Indeed, this was communicated to the Englishman just a few days ago. Before anyone misconstrues this, it should not be mistaken for a vote of confidence, the phrase which has often been used when a manager on the verge of the sack gets rather unconvincing public backing from the hierarchy only to depart soon enough.’