Home All The News Hiddink delighted with Traore’s progress 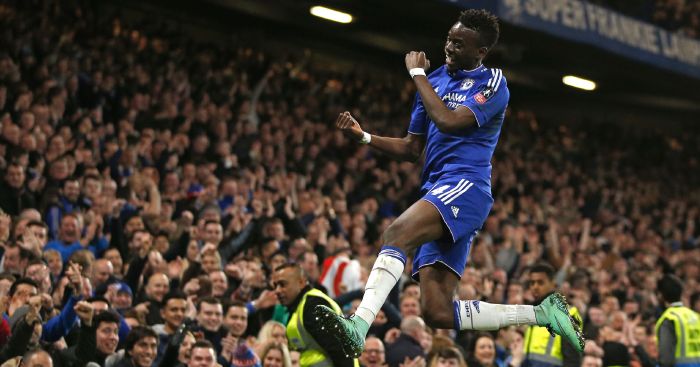 Guus Hiddink has been impressed with Bertrand Traore’s development since he returned as Chelsea’s interim manager.

The 20-year-old Burkina Faso international has scored in each of his last three appearances after becoming a regular member of Hiddink’s first-team squad at Stamford Bridge.

Diego Costa remains the main forward for the Blues, but Traore has impressed the experienced Dutchman enough to shoot up the pecking order and become the understudy to Chelsea’s top goalscorer.

The more experienced options of Loic Remy, Alexandre Pato and Radamel Falcao have all struggled for fitness whereas Traore has featured in four games under Hiddink – scoring in all but one of them.

“If I see Traore now, when I came in he was always ambitious and a very fresh guy,” said Hiddink.

“I liked his attitude, not saying I didn’t like others, but I liked his fresh approach – not afraid to make errors or influenced by external circumstances.

Hiddink said on Monday that Traore has already usurped Pato – with the Brazilian struggling for match fitness and without an appearance since his January move.

And he feels Traore, who has previously been loaned out to Vitesse Arnhem in Hiddink’s native Holland, has been learning his craft in recent weeks.

“We spoke to him in training about how to improve,” he added.

“All young players must know how the game is played. He was overdoing it a bit because he is very mobile and busy, he was overdoing it. It was not circus but it was too much and he was punished several times by strong defenders.

“He is coping with that much better in recent weeks which means he is open to learn and you can teach him, you can say ‘work on this’ and he is very clever to do so.”