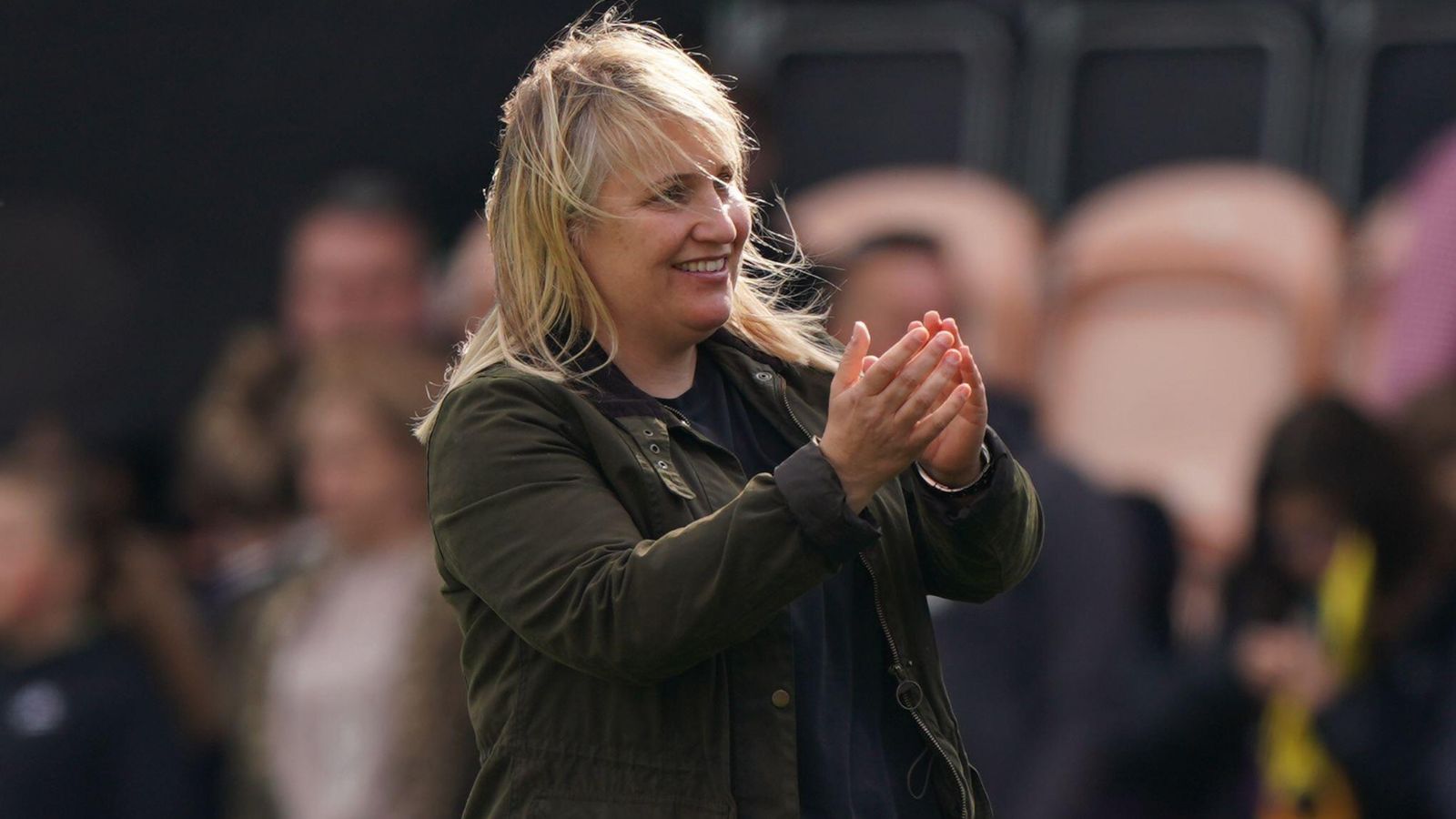 Chelsea manager Emma Hayes is expecting the Women’s Super League title race to go right down to the wire.

The Blues sit top of the table and they host Tottenham Hotspur on Thursday evening.

Chelsea are a point clear of Arsenal with three games to go. Hayes has warned her side against complacency.

“Yes, we’re in the driving seat but we haven’t won anything yet,” she said ahead of Spurs’ visit to Kingsmeadow.

“We need to keep our feet on the floor and keep grafting.

“It’s been a brilliant season. We’ve come from the position we have to now lead the league; going neck and neck with Arsenal to the wire is what fans want to see.

“And I’m sure that will be the case – it will go right up to the final day.”

🗣 “I think it’s great for the game worldwide.”

Chelsea Women’s boss Emma Hayes says it’s great for the women’s game that Serie A will be classed as a professional league from next season. pic.twitter.com/E7aIy5JDqs

Chelsea face Tottenham for the second time in five days after coming from behind to beat them 3-1 on Sunday, having played for almost an hour with 10 players.

With Arsenal not in action again until the weekend, a seventh successive Blues victory would open up a four-point gap at the summit.

Hayes’ side travel to Birmingham on Sunday and then complete the campaign at home to Manchester United, while the Gunners host Aston Villa and Tottenham before a final-day trip to West Ham.

“The team need to remain humble in what we’re doing. At this stage of the season, getting over the line requires detail and diligence and application of the game plans.

“I’ve got to ensure I enforce that as much as possible because as much as it was a great win at the weekend it’s just that: just a win.”

Chelsea were left facing an uphill battle against Tottenham at the Hive when goalkeeper Ann-Katrin Berger was sent off in the 33rd minute with the score 1-1.

Goals in the final 20 minutes from Sam Kerr and Jessie Fleming earned an important victory and Hayes thinks fifth-placed Spurs will be out for revenge.

“When you win a game in those circumstances, it’s always going to give you a lift,” she said.

“Tottenham provided a really, really difficult game for us and we dug deep in the second half but my question to my group is, ‘why did it take a sending off for us to do that?’

“I want to see a better response from the whole team when we start with 11.

“Tottenham will be gutted to have 11 players and be 1-1 for that length of time and they will be determined to make that right this week.”

Tottenham captain Shelina Zadorsky hopes her side can build on the encouraging aspects of that encounter.

“We had them on the back foot at times, which was great to see,” the Canadian defender told Spurs TV.

“Second half – against a quality side – the momentum swings and we could have done better with our possession.

“I think it’s looking at the game and just figuring out how we make it a 90-minute performance because it was so positive.”