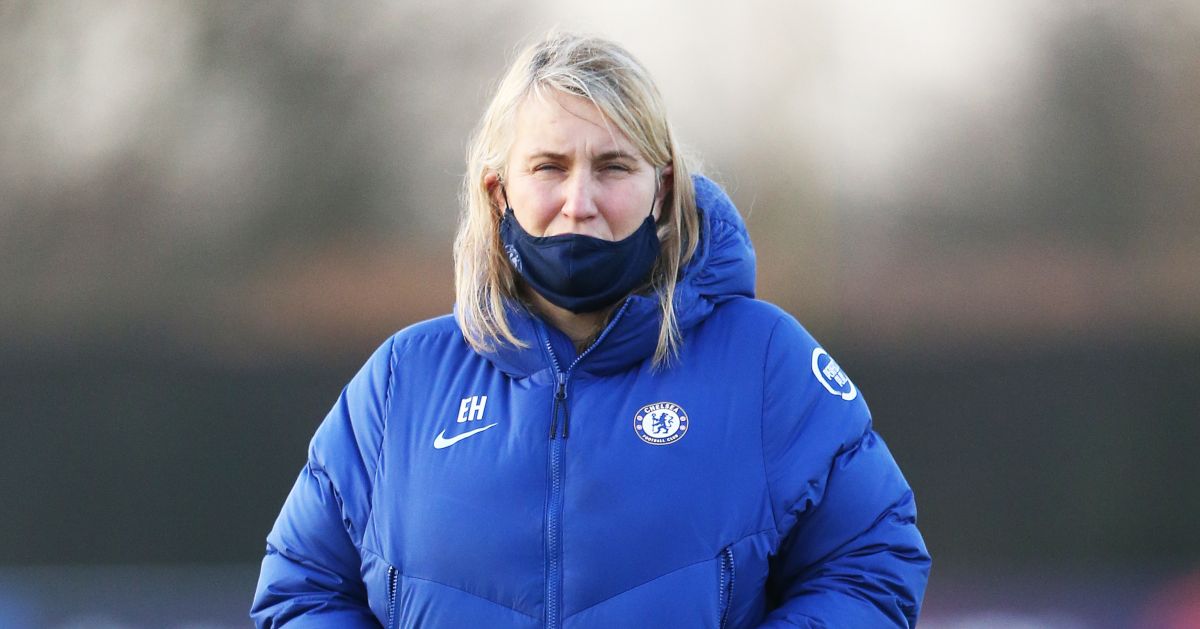 Emma Hayes was “grateful” Chelsea only conceded one away goal and hailed goalkeeper Ann-Katrin Berger as the best in the world after her side’s 2-1 win over Wolfsburg.

The Blues head into the second leg of their Champions League quarter-final with a one-goal advantage, with Pernille Harder scoring against her former club.

Chelsea took a 55th-minute lead following clever link-up play between Fran Kirby and Sam Kerr, with the Australian scoring, before Harder capitalised on a defensive lapse to slot the ball into the bottom corner.

READ MORE: Football is the perfect place to start with sexism

However, Dominique Janssen grabbed Wolfsburg an important away goal from the penalty spot with 20 minutes remaining.

“First of all, it’s a goalkeeper’s job to make saves. However, she is the best in the world, she’s amazing and she did a great job of that,” Hayes said of Berger.

“I think in games like this you have to recognise that they have been so dominant in Europe for so many years, along with Lyon, that they’re always going to have the upper hand on the English side because of those years of experience, so I think it played out the way I expected it to.

“I expected them to dominate chances, like they did, so I’m grateful that we only conceded one away goal.”

The Germans reached the final last year and have history with Hayes’ side, having knocked Chelsea out of the competition in three successive seasons from 2015-16 onwards.

But the Blues go into the second leg with a narrow advantage, and Hayes said: “I learned that you have to suffer in moments but the first leg is always about staying in the tie, that’s what it is.

“There’s no home advantage for either team and I’m left feeling like the advantage is with them because they got the away goal, but I thought we were spirited with a lot of good performances from us.

“The realities are that’s a team that has been well-developed over a number of years, so I think for anybody to think this was going to be an easy tie for them, it’s not, we gave them a game and I’m happy about that.”

He said: “At the moment I’m very sad because of the result, of course, because I think we had enough chances to score and maybe to win the game, so that’s the negative part.

“But I’m proud of the team because I think the team did an amazing job. Maybe we played our best game in the season, so it’s sad because two times we hit the post and had other good chances.”