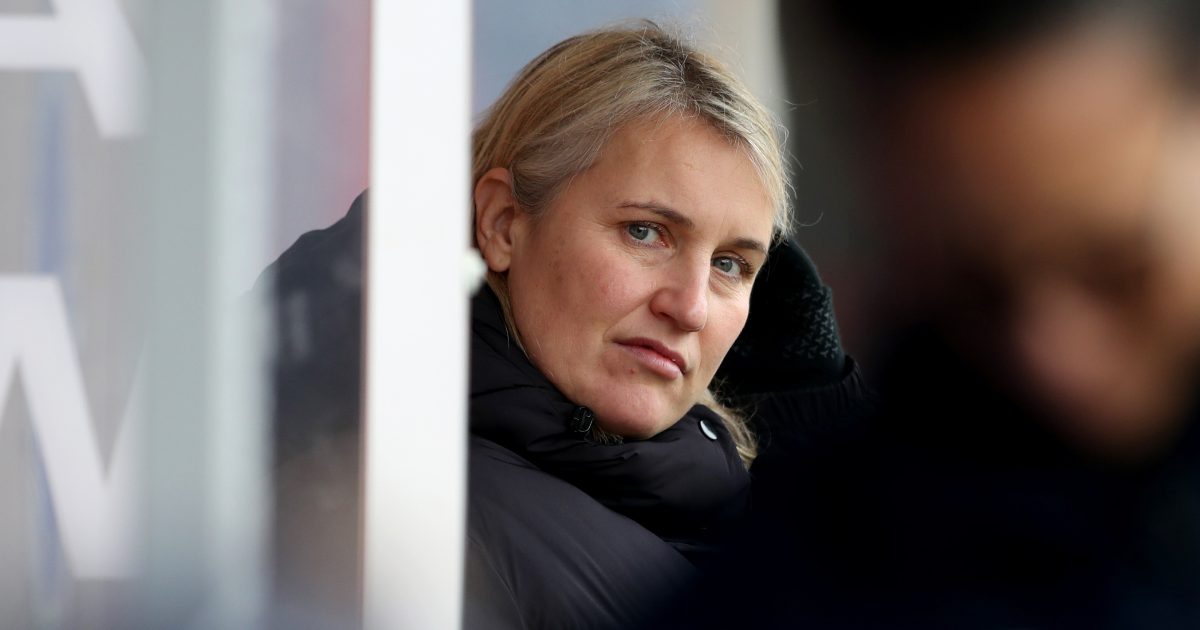 Chelsea boss Emma Hayes is insistent that the Women’s Super League cannot be treated in the same way as the men’s game.

The Blues’ game against West Ham on Wednesday is their third in seven days. They have already faced the Hammers in the Continental Cup and Brighton in the WSL.

Chelsea have had three games called off due to Covid-19 and Hayes has raised concerns over the schedule.

“I think the biggest challenge, if I’m brutally honest with you, is that women’s football hasn’t had broadcasting dictate schedules and I think to treat it exactly the same as the men’s game needs to be reviewed,” the Chelsea manager said.

Chelsea are also without two key players, Sam Kerr and Ji So-yun who are on international duty with Australia and South Korea respectively at the Asia Cup.

“We don’t have 25-player squads like the men’s game,” said Hayes.

“Let’s just take West Ham, we were supposed to have (the game) before Christmas and it’s just shoved in a window where we’ve got the Asia Cup and everything else.

“It seems ludicrous to me, long-term I think the league will have to reflect and we will have to move towards bigger squads. But I’m not even talking about my squad – let’s talk about West Ham, teams are depleted in this period.

“I think maybe bunching games together needs to be thought about differently and we must not apply everything in its entirety in exactly the way as the men’s game, that would be my big thing.

“The other thing is that Covid – not just Covid, but a long couple of seasons for the players, the Olympics, back-to-back tournaments – I think have seen every team a bit more depleted with more fatigue, more injury and more Covid.

“I think that’s one of the reasons there’s parity in the league, because teams like Arsenal, Man City and us, we have probably had bigger losses in numbers than we have ever, so I think player welfare is still not thought about enough.”

League leaders Arsenal are also in rearranged action this week as they play Brighton on Thursday night.

Boss Jonas Eidevall understands Hayes’ argument but says there should be clear rules in place.

“This is the problem with all these decisions, you will always try and take the most profitable for your own perspective,” he said.

“Obviously I am very pleased to get the game played now because we know March would be a very busy month for us playing in the Champions League.

“That is my perspective, I understand her perspective because we obviously have two different realities.

“That should be clear beforehand, that is not a matter of discussion of what would suit us best.

“There are the protocols and hopefully we can learn better for the future because that should not be a discussion. Everyone will see it from their own perspective and I totally understand that. But the game has to be played.”