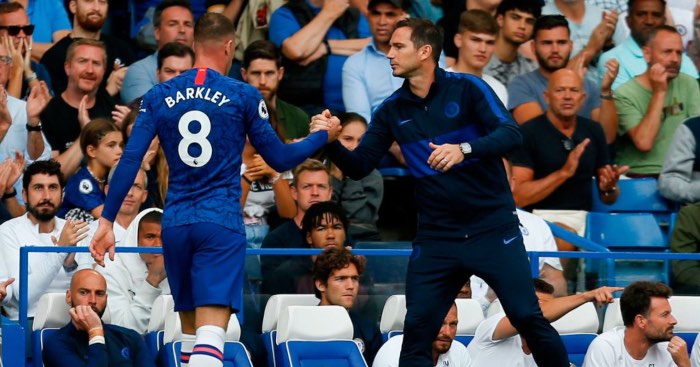 Chelsea manager Frank Lampard insists injury has kept Ross Barkley out of the Blues side, and dismissed claims of a rift between himself and the midfielder.

At the start of October, Lampard said Barkley was “naive” to be pictured on a night out ahead of Chelsea’s Champions League trip to Lille.

But the Chelsea boss insists Barkley has been working hard to get himself back in the team, and his lack of game time has been due to injury.

“They are two separate issues. I backed him there and now,” Lampard said.

“He showed a lack of professionalism. I don’t think it is was a terrible thing he did.

“He has an injury, he has to work his way back in. I like Ross.”

Chelsea go away to Valencia on Wednesday, and Lampard believes his team have learnt a lot since their opening game defeat to the La Liga side, but must deal with the pressure of playing in a “difficult” stadium.

He added: “The major feeling after the first game was a the lesson that if you sleep for one moment you can lose.

“We have shown moments where we have gone to tough places. The rules remain the same.

“It is a fantastic stadium to play football, but a difficult one.

“I believe in the group and the ability. I believe there is more to come.

“The loss in the first game has got us into this position. We have brought that knockout football earlier in the competition.”