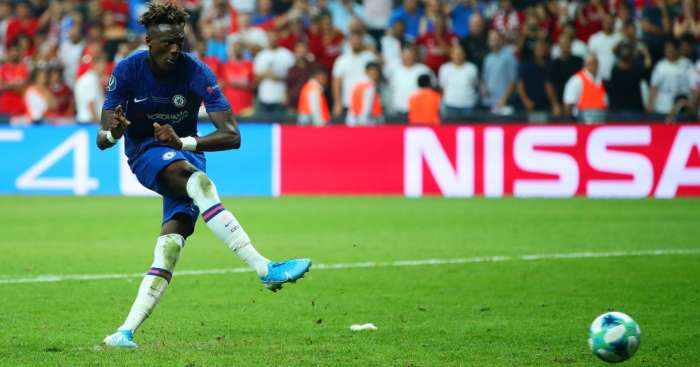 Chelsea manager Frank Lampard has spoken of his “disgust” after striker Tammy Abraham was the victim of online racist abuse following the midweek Super Cup defeat to Liverpool.

Abraham‘s penalty in the shootout was saved by goalkeeper Adrian to hands the Reds the continental trophy, with the 21-year-old then subjected to abusive posts on Twitter.

Campaign group Kick It Out were quick to condemn the incident and Lampard hopes Abraham has not been affected by the episode.

The Blues boss said: “Obviously Tammy is disappointed. More than disappointed, that is probably the wrong word.

“I am particularly disgusted by the so-called Chelsea fan.

“I have spoken with Tammy, he is a strong character. I love his character and he is infectious around the place.

“He is a great, great young lad and his football career is ahead of him. It will be a test of his character that he doesn’t need.”