Home All The News Tuchel reminisces on managing ‘crazy’ Aubameyang 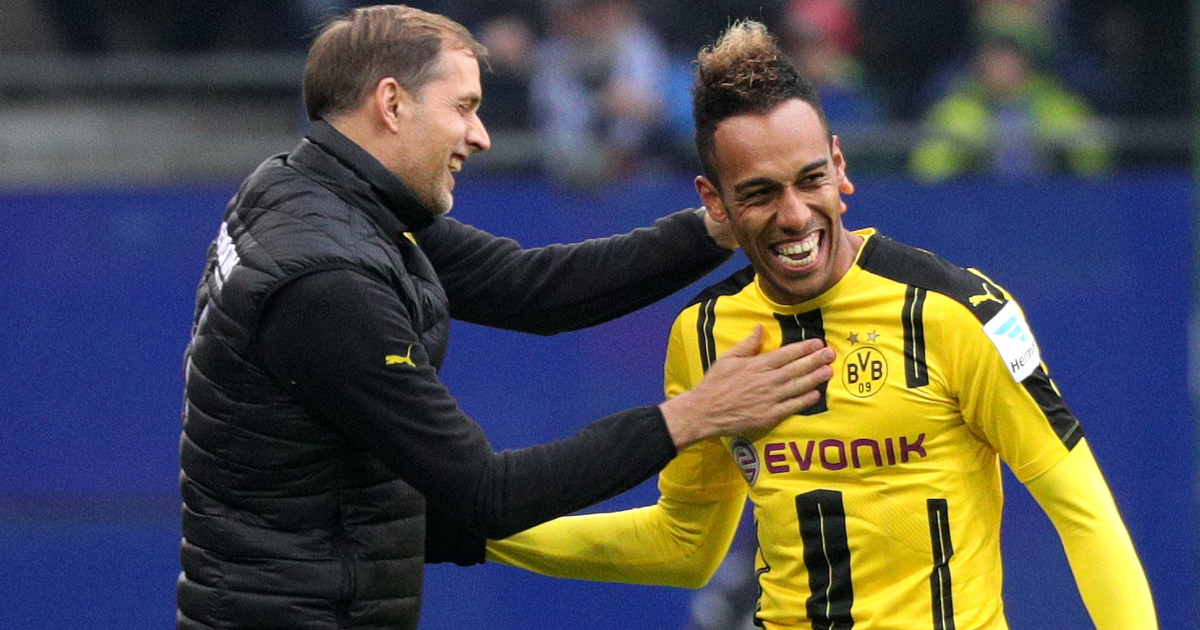 Chelsea boss Thomas Tuchel admits that he is still in contact with Arsenal captain Pierre-Emerick Aubameyang, who he managed for two years at Borussia Dortmund.

Aubameyang boasts an impressive record of 141 goals in 213 games for Dortmund, and the pair won a DFB-Pokal together in 2017.

With the pair poised to meet each other for the first time in English football, Tuchel spoke about the Arsenal forward, who has struggled to find his usual form this season.

MEDIAWATCH: What’s worse? Crooks on Pogba or Collymore on Tuchel?

“He does not get younger, that’s the problem,” Tuchel said when asked if he would take Arsenal striker Aubameyang at Stamford Bridge.

“Maybe he arrived five minutes late on the training ground, that can happen with him! But if he does this, he is in a hurry, he excuses, he feels sorry, he has still a smile on his face.

“It’s not the biggest problem. But don’t forget that he was also a top, top professional who never missed any training session.

“It was a pleasure to work with him, always a smile on his face, very, very honest guy.

“A bit of a crazy guy, but this is nice crazy. We still are in touch from time to time and exchange messages when some of us has a big win. In some way, he will still always be my player and feels like he will always be my player, so you want him to succeed and have a good time wherever they are.