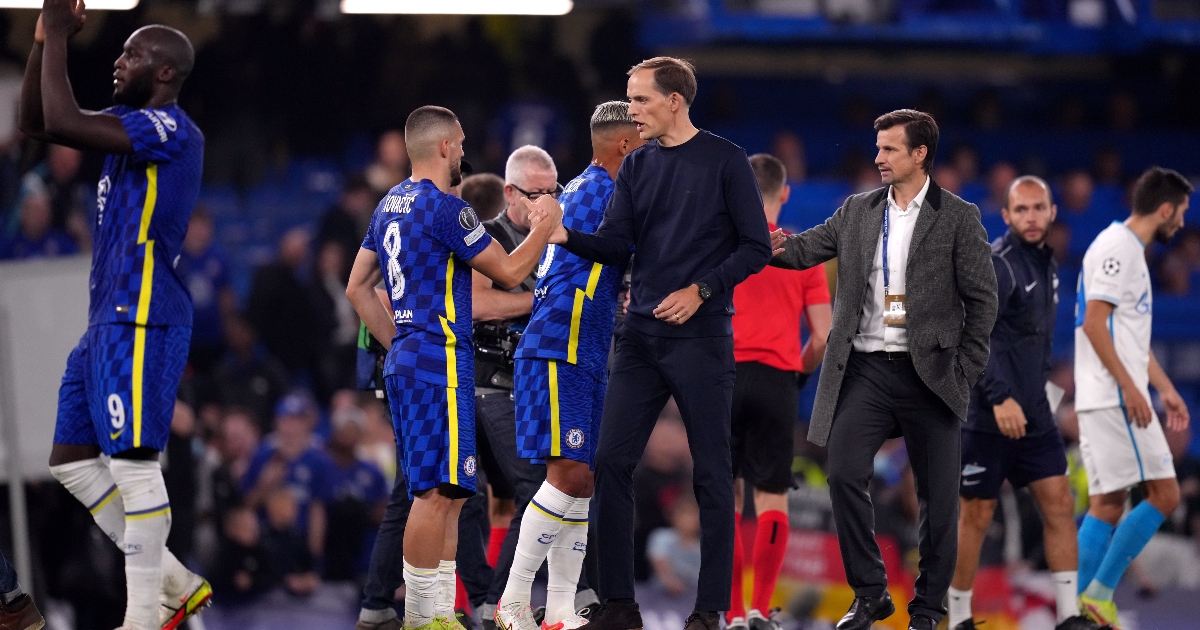 Chelsea head coach Thomas Tuchel has praised his side after their 1-0 win against Zenit in the Champions League.

Romelu Lukaku’s 69th minute header was enough to get the Blues over the line as they began their trophy defence with a win.

The win was far from straightforward, but Tuchel was happy with the intensity shown by his players

“It was not frustrating. It was tough against very strong opponents. We had to work really hard. I felt a huge intensity from us which we brought to the game,” the Chelsea boss told BT Sport.

“We struggled a bit to create chances and shots in the first half. In the second half it was a bit easier to find spaces and shoot. It was a deserved win. Hard earned. It took us a while to make them tired but I liked what I saw.

“We expected a tough game because it’s the highest competition in Europe and it’s the Russian champions.”

The German has insisted his team are not the finished article despite their strong start to the season.

“We had to be at our top level. I am happy because we had to work a lot. It was not easy. It’s tough to perform consistently at that level,” he added.

“Winning is good for our belief. We are not finished but we are in a good place to improve.

“The first step is done. But there are five more matches to go [in the group stage].”

And Tuchel has emphasised Lukaku’s winning goal is the reason he was brought in for £97.5million this summer.

“You need the energy from the crowd and it was a fantastic atmosphere.

“It was an excellent header [from Lukaku for the goal], a well-timed cross by Azpilicueta. He was brave enough to step up and we had bodies in the box.

“That’s why he [Lukaku] is here. He likes to score and he’s decisive for us.”