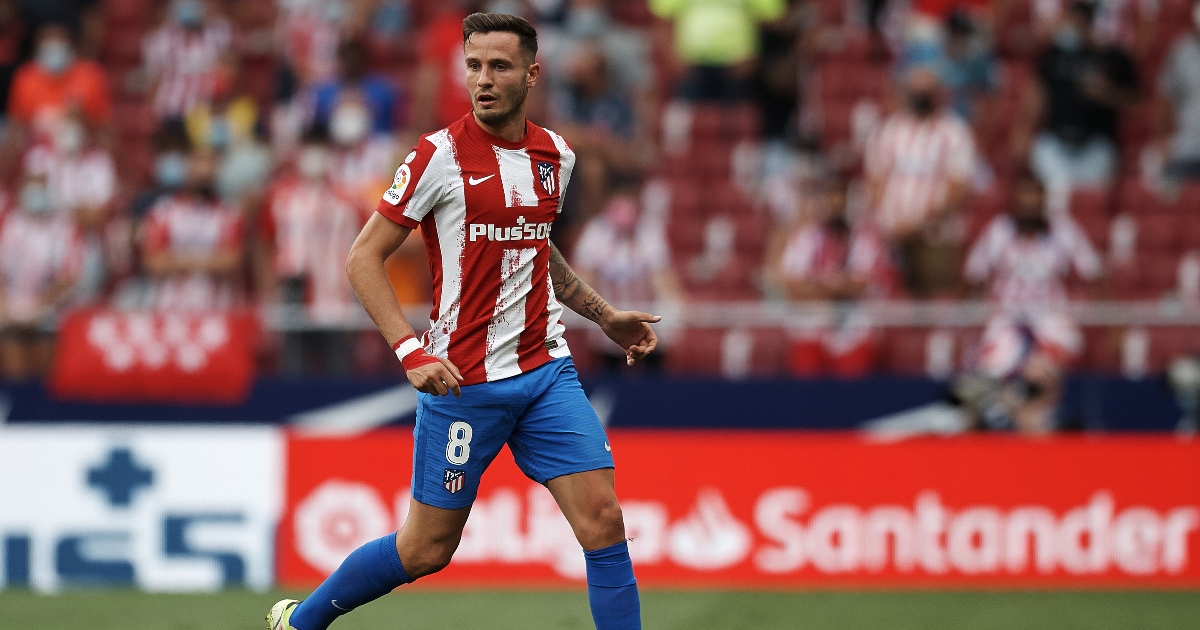 Atletico Madrid midfielder Saul Niguez is set to stay at the LaLiga club after a move to Chelsea collapsed.

Thomas Tuchel is keen on bringing in a new centre-midfielder, with a loan move for Saul being rumoured.

However, Mundo Deportivo have confirmed that the Blues’ hopes of bringing in the Spaniard has ‘vanished’.

The 19-cap international was left out of Spain’s Euro 2020 squad despite helping Atletico win the league last season.

Manchester United have also been linked with a move for Saul.

The Red Devils have already signed Cristiano Ronaldo, Raphael Varane and Jadon Sancho this transfer window and there has been rumours they will add a new central midfielder to their ranks.

Spanish publication AS (via Sport Witness) now claim that ‘the club with the most ballots at the moment is Manchester United, who are beating Chelsea’.

However, it has also been reported that United ‘shelved’ their interest in Saul – alongside Ruben Neves and Eduardo Camavinga – as it has emerged that Paul Pogba will stay at Old Trafford.

Elsewhere, Chelsea are ‘confident’ in securing the signing of Sevilla defender Jules Kounde once the sale of Kurt Zouma to West Ham United is complete.

His move to Stamford Bridge has been hinging on the future of Zouma as Chelsea have been keen on offloading the 26-year-old.

West Ham are now close to signing the centre-back, but had previously been put off by the Blues’ asking price and players’ wage demands.

Hammers boss David Moyes confirmed the deal was imminent on Friday, saying: “We have had an offer accepted from Chelsea for Kurt but I could not tell you if the medical has been completed yet.”

He said: “There are negotiations between West Ham and Chelsea about Kurt. Kurt right now is not with us but not because of these negotiations.

“He’s had some personal and family issues and we allowed him to travel to France. There are negotiations but, to be very honest, I don’t know where that leads right now. Those things can happen at this stage.”