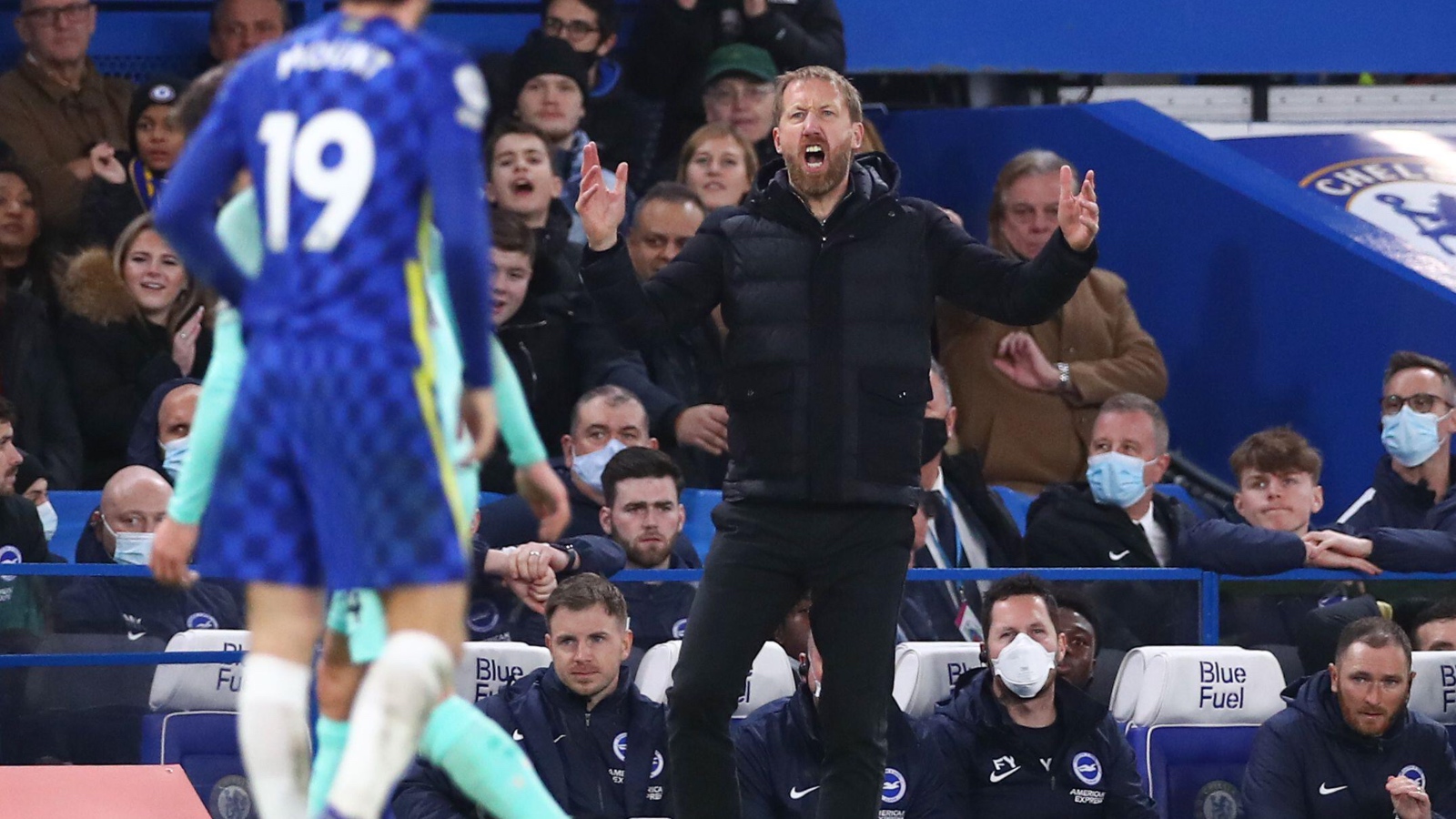 Todd Boehly and co. want Graham Potter to be a long-term appointment, but a legacy relies on success and success at Chelsea means trophies.

Graham Potter is perhaps Chelsea’s most exciting managerial appointment this century. Every permanent boss signed in Roman Abramovich’s reign, other than club legends Frank Lampard and Roberto Di Matteo, had won a league title before arriving at Stamford Bridge; most of them had won far more than that.

Potter’s only engraved success is the Swedish Cup with Ostersunds, an achievement – in status terms – dwarfed by those to have preceded him at Chelsea.

Potter is, in that sense, a gamble. And as is the case with any manager making a jump as significant as Brighton to Chelsea, his ability to deal with bigger egos and better players is another cause for great intrigue and concern.

But Chelsea moving for Potter was also not a surprise. Football agrees: he’s a very good manager. And it’s nice to see Chelsea – whose obsession with silverware under Abramovich made them overly simplistic in selecting managerial replacements – consider the process as much as the end goal.

They don’t know if Potter can win major trophies, but they do know he can coach individuals and a team to make them a hell of a lot better and it will be fascinating to see how good he is with the ceiling as high as possible.

“He is a proven coach and an innovator in the Premier League who fits our vision for the club,” Todd Boehly said after Potter was announced as the new boss, with a report claiming he and fellow owner Behdad Eghbali are ‘understood to regard the upwardly-mobile coach Potter as a risk taker, innovator and master communicator, in the mould of a blue-chip company chief executive’.

The US owners are said to be bemused by the Premier League’s managerial merry-go-round – ironic given they spared no time in hoisting Thomas Tuchel aboard one of its horses – and are determined to break that cycle by installing Potter at the Stamford Bridge helm for the long-term.

The problem is, guys, we don’t believe you, and neither should Graham Potter.

Knee-jerk, disrespectful and nonsensical though the sacking of Tuchel was, that move alone doesn’t suggest the new owners will continue with Stamford Bridge’s saloon-door policy.

Rightly or wrongly, they believed the manager who was in charge when they bought the club wasn’t the right person to take it forward.

It wasn’t their decision to hire him, so there’s little to no blood on their hands.

However, commendable though their desire for managerial longevity is, you can’t appoint a legacy boss – it doesn’t work like that.

Every club, even Chelsea, hires a manager in the hope that person will lead them to glory for many years to come. And although some clubs are more hair-triggered than others, those that retain managers for long periods do so for one of two reasons: either they can’t afford to sack them or they are being successful according to the metrics the club decides.

The former is never going to be a problem for Chelsea, meaning Potter’s ability to keep his job will be based solely on success, which at Chelsea will always mean trophies.

The fans won’t stand for anything less and if Boehly doesn’t know that already, he soon will if results aren’t up to scratch.

Pep Guardiola and Jurgen Klopp have been at their clubs for six and seven years respectively, not because their owners are any more patient or willing to buy into legacy, but because they’ve consistently won and been challenging for the top trophies with them in charge.

If they had joined Chelsea instead of Manchester City or Liverpool, Guardiola or Klopp would probably have enjoyed similar long-term success at Stamford Bridge.

Although it’s impossible to appoint a legacy, Potter has as good a chance as anyone of building something significant at Chelsea. Boehly and co. have signed the right kind of person. He’s amenable, a good man-manager by all reports, and – to some degree – a company man, just as likely to go down the pub with his assistants as sip champagne in a rooftop bar with Clearlake Capital investors.

But Potter must not mistake the Chelsea owners’ desire for a legacy as a promise of one.

His top priority, even in the short-term when he should perhaps be given leeway, is to win games. Because although Boehly talks of change, the club and fanbase won’t allow that not to reap the normal rewards.

This club wins trophies no matter who’s in charge.