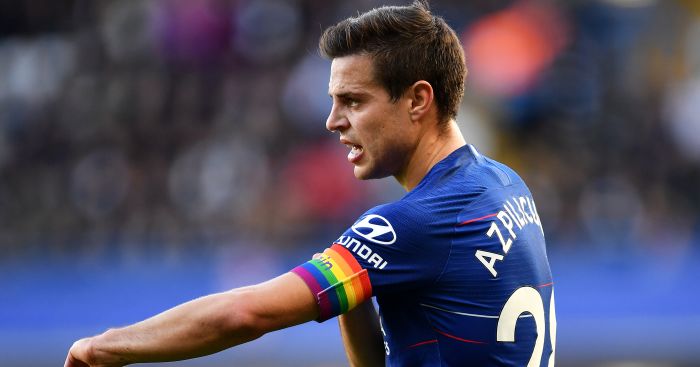 Abraham scored his 11th League goal of the season against Aston Villa on his return from injury on Wednesday night, putting him three behind top scorer Jamie Vardy in the goalscoring charts.

He netted 26 goals on loan at Villa in the Championship last term and Azpilicueta believes the academy graduate has the ability to overtake Vardy and finish the campaign on top of the pile, with bookies like Comeon constantly shortening the odds of this happening, especially so with Sergio Aguero’s injury woes.

“If Tammy scores the most goals, then the team will do better as well,” said Azpiliceuta. “It is something we are looking at as a team and I am confident that he can get many more goals because of the way he is working and improving since he started pre-season.

“It is amazing and he has the potential to go even higher. We know we are still in December with a lot of games, but with his passion and hunger, he is capable of getting to the top, for sure.

“He is second after Vardy. Vardy is doing an amazing season with a lot of goals and Tammy is behind him, so if he is there it is because he deserves to be. He is scoring goals. Not only is he scoring goals, he is playing for the team, recovering the ball and he made a tackle in our own half that was an amazing effort for him.

“He made an assist against Villa as well. I am not just looking into his goals as a number because he is doing more than that.”

Tammy Abraham has now scored as many Premier League goals in his first season for Chelsea as Álvaro Morata managed in his debut campaign.

One of them cost £60m… pic.twitter.com/sfP38Mldai

“His desire is amazing,” Azpilicueta added. “When he was injured, he wanted to come back as soon as possible. I think for him it was special to play against Aston Villa where he got promoted to the Premier League and where he had an amazing spell there.

“So for him, it was a special game. I am very happy for him because he showed that strength of character to play, score and get an assist. He was key for us.

“He made his debut a few years ago with us. Then he went on loan to Swansea. Last year, to Aston Villa and he was amazing. The way you saw him scoring goals. He was playing with confidence in the Championship which is not an easy League to play for a young lad.

“He showed his desire in pre-season to be a striker for Chelsea. It is something he has dreamt about and he worked for it all the way through the academy. He got his chance and is making the most of it.”