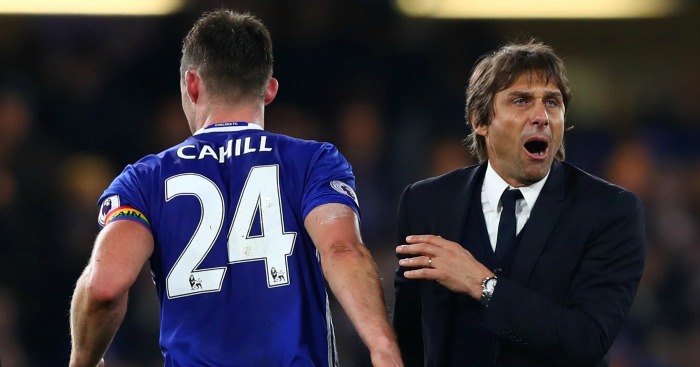 Chelsea captain Gary Cahill has called for “the uncertainty to be put to bed” over the future of head coach Antonio Conte.

The Blues beat Manchester United 1-0 in the FA Cup final on Saturday as Conte completed the eason with a second trophy in English football, after winning the Premier League title in his first campaign.

A fifth-placed finish, missing out on Champions League qualification, has added to speculation the FA Cup final will be Conte’s last match as Blues boss after an at-times fractious campaign.

Cahill believes a decision must be made one way or the other.

Asked what it would take for the Blues to move on and make the necessary close-season preparations, Cahill said: “Probably for the uncertainty to be put to bed and for whatever’s going to happen to happen.

“It’s out of our hands. We have to try to deliver on the pitch. We fell short in some aspects this season but (on Saturday) we produced. The rest behind the scenes is not down to us.”

Conte signed an improved contract last summer – but not an extension – to his three-year deal which expires in June 2019.

And after winning the FA Cup the Italian said he “can’t change” and is a “serial winner”, effectively calling for the club, owned by Roman Abramovich, to back him or sack him.

“Us, as players, we don’t have any impact on that situation,” Cahill added.

“I’m sure, if I was a guessing man, they obviously will have spoken, between the club and the manager. And let’s see.

“It’s totally out of our hands. All I can say is it’s been a great finish. If the manager stays on next year, he stays on.

“If he doesn’t, he’s gone away with a Premier League and FA Cup. I think that’s something everyone at the club can be proud of.

“We really had to win this game to save the season. And when I say that I don’t mean save it and all of a sudden it’s a massive success.

“At the same time it’s an FA Cup and we’ve won a trophy this year, which a number of teams haven’t managed to do.

“When you look at it in terms of last year, Premier League title, and then the FA Cup it’s not too bad.

“Over four years that’s two Premier League titles, one FA Cup and one runners-up. For me that’s success.”