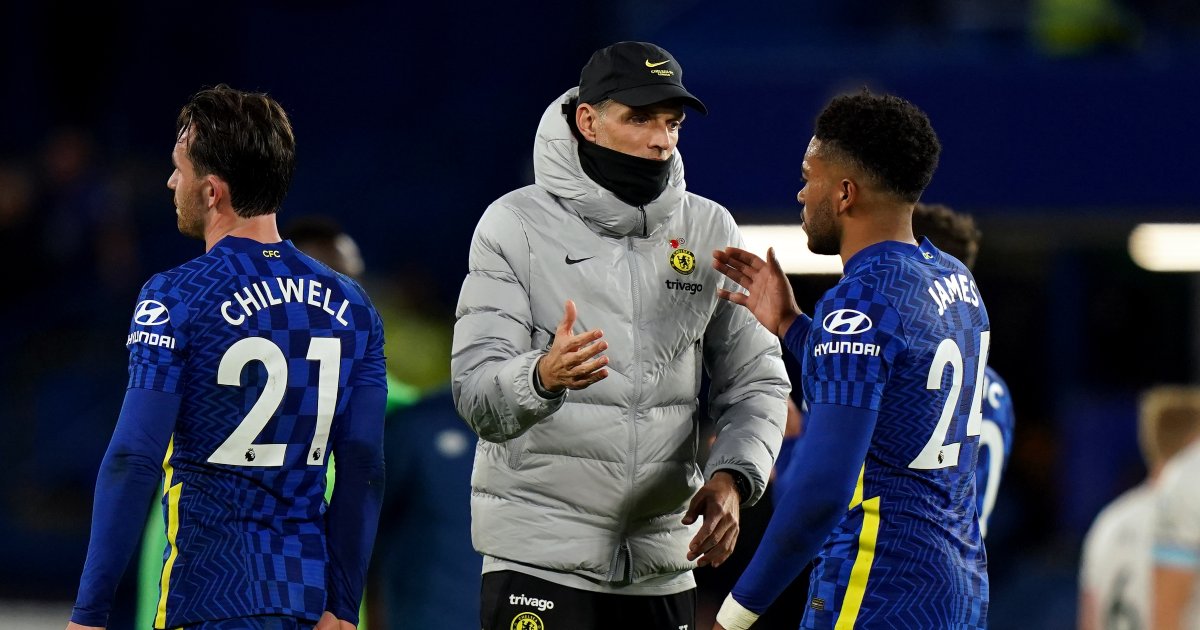 When Jose Mourinho was in charge of the room – and what actually happened on the field of play – he really didn’t have too much competition in the Premier League. Just over seven years ago, the Portuguese’s Chelsea Mark II visited a faltering Liverpool side still reeling from their near-miss the season before; a 2-1 win ensued to consign the Reds to the fifth defeat in their first 11 games.

With a healthy 29 points collected from a possible 33, Mourinho declared with a sly chuckle: “We are the champions of the autumn.” City and United (managed by Manuel Pellegrini and Louis van Gaal) were already eight and 13 points behind respectively. Southampton were second. The title was dead in November. The trophy-hunter went on to collect another prize.

Fast-forward to the super coach era of November 2021 and Chelsea are autumnal champions of the first quarter with 26 points while the Special One has racked up five digits in the defeat columns of Serie A. How times change.

Current Stamford Bridge resident Thomas Tuchel has gone into a fortnight’s break with a scowl after Sean Dyche’s bunch of spoilers ‘stole a point’. Even so, the Blues look like the most efficient team in world football. Except that they are a mere three points ahead. That clearly irked the German.

The other Teutonic presence in the title fight wasn’t in the mood for a beer either. A sour Jurgen Klopp insisted his side’s 25-match unbeaten run was never really a thing anyway. But the last two weekends have seen the Reds retreat after the storming of Old Trafford. West Ham ran through the midfield like sprinters pursued by exhausted steeplechasers. To make matters worse, Alisson decided to have a Simon Mignolet lettuce hands day.

So it was Pep Guardiola who could happily make off into the mini-break with a hop, skip and a jump (well, in relative Pep terms, that’s almost a half-smile). Manchester City dismantled their subdued neighbours. The goal count should have been higher but it didn’t matter on a day when their opponents were so mesmerised they muted themselves.

It’s Liverpool who appear most vulnerable despite their unbeaten 20-match league run before the London Stadium capitulation.

Their Champions League campaign is a fantastic fairground distraction but the league is also serving up the same rollercoaster without the returns. Every time Brendan Rodgers’ blitzkrieg 2013/14 Liverpool went 2-0 up, you wondered if the game might end 4-2. Or 3-3. It was the same with Klopp’s 2017/18 version. This 2021/22 team are superior to both those sides. They need to settle down, shift the gears and pull the kill chord on games.

Chelsea have used the uplift of that impressive Champions League night in Porto to surge into a crack unit. They have a team structure that underpins everything. They have an elite manager who knows exactly what he got himself into here. Tuchel is even in danger of hanging around at the Bridge. “I will do my very best to stay as long as possible because I like where I am. It is a perfect fit.” The European champions are a team that can cope in extremis better than their two rivals at the moment. When they played with ten men at Anfield they didn’t take a backward step in mentality. When Brentford battered at the door, Edouard Mendy wouldn’t let them in. The Blues have conceded four goals in the league. Four.

It doesn’t matter that the strikers aren’t striking. Yet. The only nagging worry is that they may well trip up over their unbalanced scoring patterns. Romelu Lukaku, we are looking at you.

City are the beast that can go into any domestic lair without fear. They prevented Chelsea from landing a jab on their home patch, yet only won by a single goal. They subjected a meek Liverpool to the runaround and should have been two or three up before the magic of Mo Salah. City know that they can do what they want when they are all clicking in with each other. Without a killer up front, though, there’s still potential for trouble ahead.

As Liverpool prepare to lose their hit squad to the African Nations, the next part of the plot will be crucial to them in particular. Who will come back from international duty with a pre-Christmas bounce?. The next chapter of this title race will be the real deal with no international break until March.

Make the most of it. This time next year, all eyes will be on the Middle East.