Home F365 Features Chelsea, The Bertrand Solution and a dream destroyed at F365 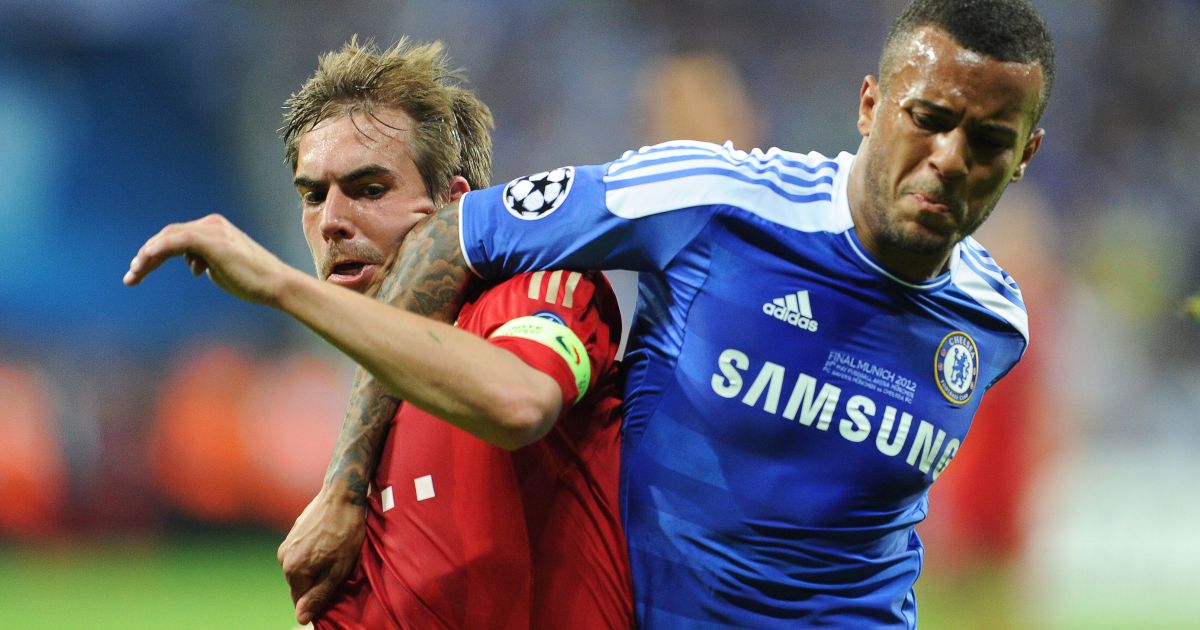 Chelsea being in the Champions League final brings back a horrible personal memory for me. It was the day my childhood dream died. And the day a friendship was lost forever.

I remember it like it was yesterday. I was still in my first few months as a football writer, learning the ropes at Football365 where I was guided by Sarah Winterburn’s caring but firm hand.

As the week of the Champions League final came around, I was buzzing to be handed the important job of writing the match preview. It was a huge game for rookie boss Roberto Di Matteo but an even bigger one for me as I picked ‘Five ways Chelsea can win it’.

The odds were stacked against the Blues. They were without the suspended Branislav Ivanovic (who was amusingly informed of his fate by Geoff Shreeves in the aftermath of the semi-final against Barcelona), along with Raul Meireles, Ramires and, most crucially of all, captain John Terry. How on earth would they beat a Bayern Munich side many considered to be the best on the continent?

Ranking every Champions League final from worst to best

I thought I knew the answer. As I typed out Di Matteo’s possible tactics I had my eureka moment. Ryan Bertrand! The entire office turned to face my desk as I shrieked his name.

‘Ryan Bertrand? Why on earth would Chelsea give a back-up left-back his Champions League debut in a game of this magnitude?’ I hear you ask. And you would be right, it was a bold call. But it was the correct call. How else could the Blues nullify the impact of Arjen Robben on the right wing, a player in blistering form who 12 months later would score the winner in the final against Borussia Dortmund? Dortmund, of course, didn’t have Ryan Bertrand.

With unblinking certainty, I printed out the article and handed it to my colleague, Nick Miller, to sub-edit. “Why didn’t you just email it to me?” he asked. I could tell I was going to have problems here.

Whether it was envy, because Sarah Winterburn had asked the prodigious new talent on the desk to write the big match preview, or revenge owing to the fact that earlier that day I had mocked him for wearing a ‘Criminal Damage’ jacket, Nick insisted that I removed The Bertrand Solution. He pulled rank. “I am your superior!” he bellowed. I thought we were friends, but I soon learned there is no such thing in football writing.

I want to set the record straight: Nick is a good man. A gentleman. But he made a big mistake that day. He sabotaged my career and he denied the world a moment of awe-inspiring prescience comparable to when Jesus Christ himself told the disciples, “One of you will betray me” at The Last Supper. You and me both, JC.

Of course, Bertrand did start as additional defensive cover on the left, with Chelsea keeping Bayern at bay during his 73 minutes on the pitch. In the post-match analysis many pointed to Di Matteo’s and my own masterstroke as the main reason the Blues lifted the trophy – even more so than Didier Drogba’s late equaliser or match-winning penalty. None of it would have been possible without Bertrand making his tournament debut. In the final. I mean really, who could have called that!?

Nick text me after the game. ‘I’m sorry. You’re the better man. And more importantly, the better football writer.’ His words were genuine and accurate but I still felt hollow.

In the following years I drifted away from the job and the game I loved. It had been all I ever wanted, but this sliding doors moment had stolen a part of my soul. I made other predictions — Leicester to win the league, for example — but they all paled into insignificance compared to The Bertrand Solution.

Nick and I grew apart. I hear he’s doing well and I’m happy for him. It’s important that one of us has been able to move on. Nine years later, as Chelsea return to the final, I will be pouring one out for Nick and for what could have been. Not all dreams are meant to be fulfilled.