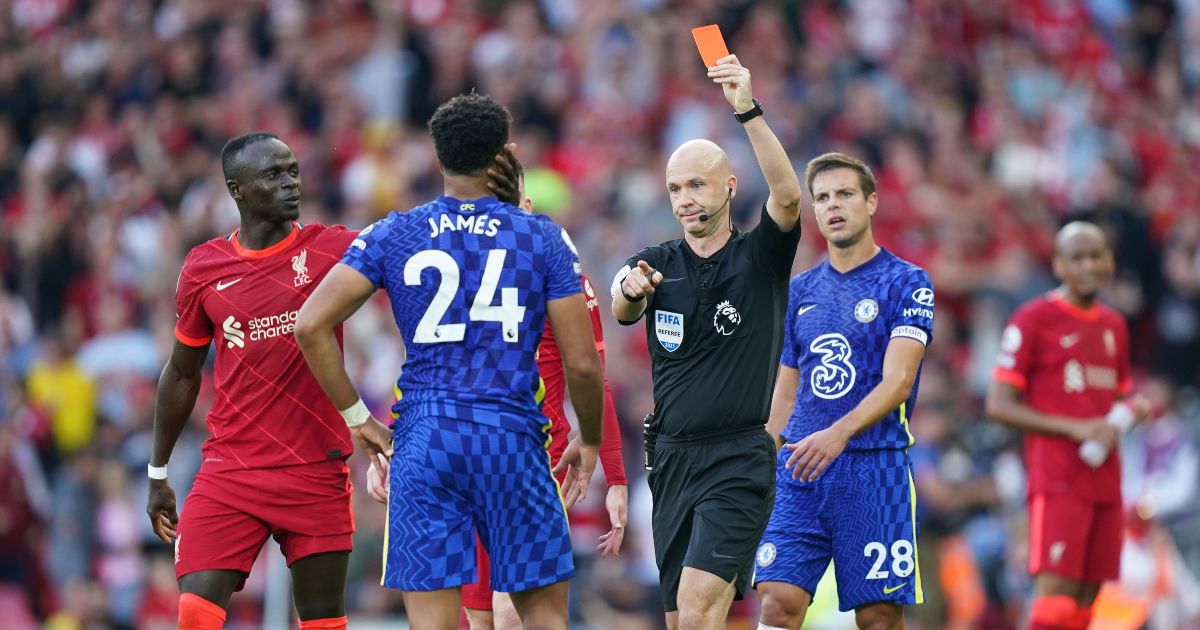 Chelsea have been charged with two counts of failing to control their players in their 1-1 Premier League draw at Liverpool.

The Chelsea players were incensed by Taylor’s decision to dismiss James, with the Blues feeling the ball had deflected off the England star’s thigh onto his arm.

There can be no bad Liverpool news while Mbappe exists

The FA has given Chelsea until Friday to respond to the charges.

“Chelsea FC has been charged with two breaches of FA Rule E20.1 following their Premier League fixture against Liverpool FC on Saturday,” read an FA statement.

“It is alleged that Chelsea FC failed to ensure its players conducted themselves in an orderly fashion during the 48th minute of the first half, and following the half-time whistle.

“Chelsea FC has until Friday to provide a response to this charge.”

Kai Havertz’s headed goal had put Chelsea in front before Salah levelled from the spot. Chelsea’s 10 men held firm for a point however, leaving both sides unbeaten three matches into the new league campaign.

Gallagher said: “I think he could have stood at the screen for 20 minutes and he’d still have made the same decision.

“The evidence is clear to see. The ball does bounce up off his leg, but he swipes at the ball with his arm. That’s what convinces the VAR to send the referee over to the screen.

“The referee goes over and don’t forget the VAR and the referee are in contact as he goes over to the screen.

“You can see the image and you can also see his arm come out from behind the post so you know he’s swiped at the ball.

“It has to be a red card because of the fact he’s handled the ball on the goal line. It falls into the line of denying a goal. It’s instinctive, he thought the ball was going in the goal and he swiped at it.”