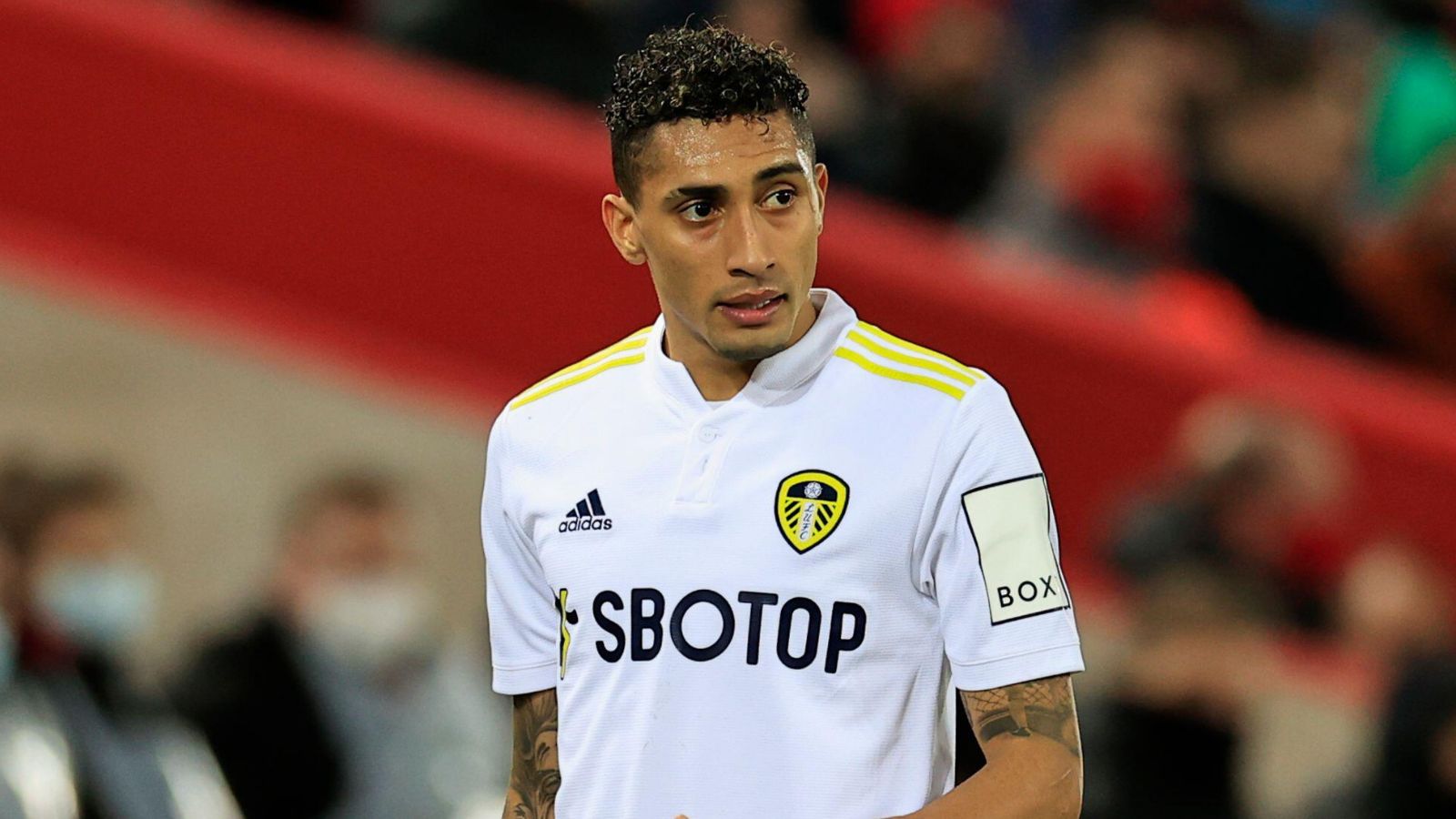 According to reports, Chelsea have ‘edged ahead’ of Arsenal in the race to sign Leeds United winger Raphinha.

The Brazil international signed for Leeds in 2020 ahead of their return to the Premier League. He joined them from Rennes for around £17m.

Raphinha has shone for the West Yorkshire side over the past two campaigns. He has grabbed 17 goals and eleven assists in 66 appearances.

The attacker was integral last season as Leeds did enough to avoid relegation down to the Championship.

They are set to lose Kalvin Phillips to Manchester City for around £45m, and Raphinha is being targeted by Arsenal, Chelsea and FC Barcelona.

The Athletic’s David Ornstein is now reporting that Chelsea are in ‘pole position’ to sign Raphinha.

He notes that the ‘race is not yet closed’, but the Blues are ‘close to agreeing a fee’ with Leeds United.

It now ‘comes down to Raphinha’s preference’, though Chelsea are considered favourites.

Barcelona are not strong enough financially to do the deal, while Arsenal are ‘yet to reach the level Chelsea are at’ in terms of transfer fee.

Ornstein adds that the fee Chelsea would pay for Raphinha is ‘north of £55m’. Fabrizio Romano has suggested that £60-65m with add-ons included will be paid.

The Blues are eager to re-sign the England midfielder but are put off by the Hammers’ whopping £150m asking price.Making it more of a challenge to land the 23-year-old, West Ham are ‘adamant’ that he is not for sale this summer, according to Football London.

The report claims that Chelsea are yet to make a bid this summer. The east Londoners have offered Rice the chance to extend his contract but he is reluctant to sign on the dotted line.

Speaking about the England midfielder’s future back in April, Irons boss David Moyes said: “The first thing to say is that he is not for sale.