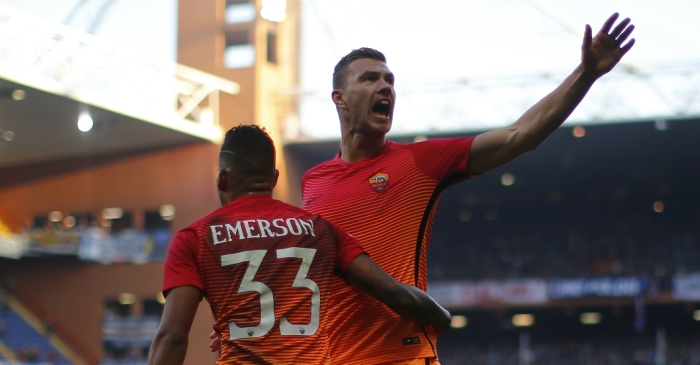 Chelsea are holding ‘key talks’ with Roma on Monday over signing Emerson Palmieri and Edin Dzeko.

The reigning Premier League champions have made a striker and a left-back their transfer priorities this winter.

Alvaro Morata is struggling to recapture his early-season form, while Marcos Alonso is in need of competition at left-back or left wing-back.

Matt Law of the Daily Telegraph claims that ‘there seems a good deal of hope’ around the club that deals for both can be secured.

The Daily Mail suggest that ‘productive talks’ were held on Sunday, and that the pair are valued at a combined £52million – £44m initially and £8m in add-ons.

A move for Emerson is unlikely to hit any snags. The 23-year-old has played just 15 minutes of Serie A football this season, owing to a knee injury suffered last season.

Dzeko could be a slightly more difficult move, the striker featuring in every game for Roma this season, but Chelsea remain confident of getting their man.

“Whatever will be will be,” he said. “I work every day to have players suitable to replace our players, my job is always to strengthen my club.