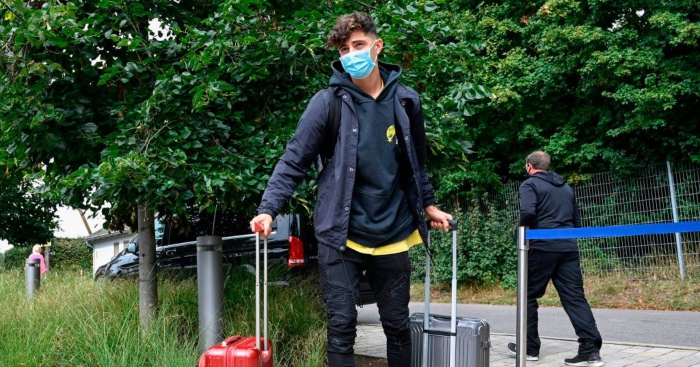 Chelsea have announced the signing of Germany international Kai Havertz on a five-year contract.

The 21-year-old attacking midfielder has made the move to Stamford Bridge from Bayer Leverkusen for a fee that will rise to a maximum of £70million, the PA news agency understands.

“I am very happy and proud to be here,” Havertz told the club’s website.

“For me it is a dream come true to play in a big club like Chelsea and I can’t wait to meet all the players and the trainers. Yeah, I am very happy to be here!”

Leverkusen gave Havertz permission to meet with Chelsea on Friday, with Germany’s team bosses also allowing him to leave the national team camp.

Chelsea director Marina Granovskaia added: “Kai is one of the best players of his age in world football, so we are very happy that his future lies at Chelsea.

“He has proven pedigree in one of the best leagues in Europe, he plays for the German national side and he is an exciting, dynamic talent.

“We are delighted to be able to add his versatility and quality to the squad before the season begins.”

The deal means Spain goalkeeper Kepa Arrizabalaga’s £72million switch to Chelsea in 2018 will remain as the Blues’ record signing.

France Under-21 defender Malang Sarr has huge promise having signed on a free transfer but will head out on loan, while Brazil stalwart Thiago Silva has arrived from Paris St Germain.

Chelsea’s summer spending will move past £200million should Havertz complete his switch without any issues.

The Blues have battled past their transfer ban and losing talisman Eden Hazard to Real Madrid last summer, with new boss Lampard impressing in a challenging first year at the helm.