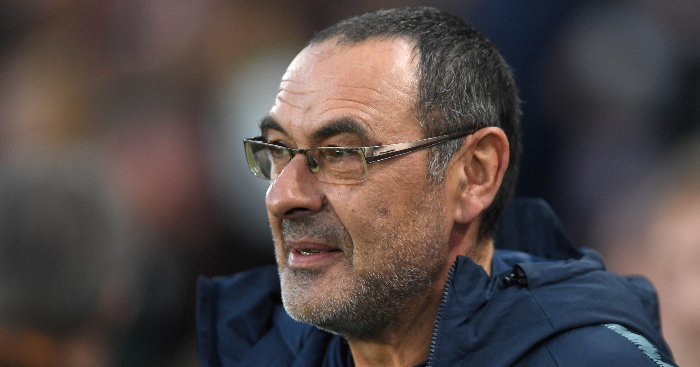 Chelsea have confirmed that Maurizio Sarri has left the club in order to return to Serie A with Juventus.

The Blues and Juventus have agreed a compensation package, understood to be in excess of £5million, for Sarri, 60, who signed a three-year deal with Chelsea when appointed last summer.

“Maurizio Sarri is leaving Chelsea Football Club to return to Italy and become manager of Juventus,” Chelsea announced on their official website.

“The two clubs have reached an agreement for the early termination of Sarri’s contract with Chelsea FC which had two years left to run and is ending at his request.”

He guided the Blues to third in the Premier League and won the Europa League, but still endured a tough campaign at Stamford Bridge with fans not convinced by his style of play.

Chelsea said Sarri wanted to return to Italy to be nearer his family, including his elderly parents.

Chelsea director Marina Granovskaia said: “In talks we had following the Europa League final, Maurizio made it clear how strongly he desired to return to his native country, explaining that his reasons for wanting to return to work in Italy were significant.”