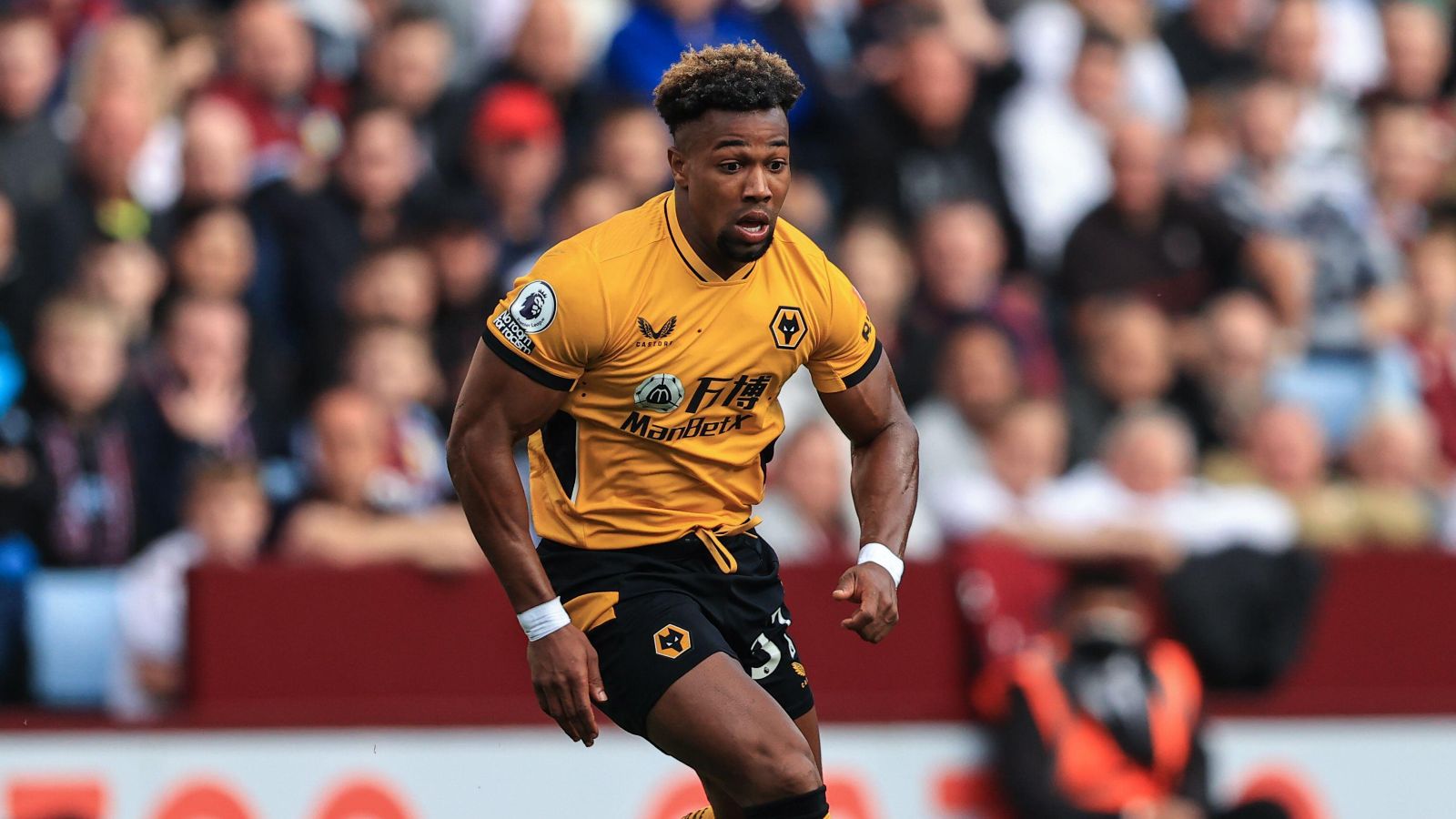 Chelsea are said to be ‘considering’ a move for Wolves player Adama Traore with Thomas Tuchel looking to sign a new right wing-back.

The Blues want to further add to their defensive ranks before the transfer window shuts.

Chelsea have brought in Kalidou Koulibaly from Napoli but they missed out on Jules Kounde to Barcelona.

They also may be priced out of a move for Wesley Fofana with Leicester City wanting an eye-watering £85m.

Should they continue to miss out on targets, Chelsea may look to turn Reece James into a right centre-back as part of Tuchel’s preferred 3-4-3 formation.

The London club are looking at Man Utd target Denzel Dumfries to fill in at wing-back. He is rated at £33.5m by Inter Milan.

Traore is another potential incoming, even with him currently struggling with a hamstring injury. Last week, Steve Madeley (Wolves journalist for The Athletic) provided an update on the player’s situation at Wolves:

‘Wolves will hope his body allows him to play a much bigger role as the season progresses because, as things stand, it appears he and the club will remain tied together, whether they like it or not.

‘The Spanish winger has turned down what Wolves believe was the best contract they could have offered him and there are currently no signs of negotiations restarting.

‘As such, a sale this summer would have been preferable to Traore leaving for free when his current deal expires this time next year.

‘By far the most likely scenario now is Traore remaining at Molineux this season and departing in the summer of 2023 as a free agent.

‘Yet there have been no offers and little interest, and the hamstring injury, which could yet rule the 26-year-old out of the start of the season, is unlikely to help their prospects of generating a market.’

Traore was targeted by Tottenham Hotspur during the winter transfer window last season but he ended up joining Barcelona on loan. This did not go to plan as he only started four times in La Liga.

The wide man is a quick f***er but his lack of final product has often been cited as his main weakness.

Even so, Norweigen journalist and self-proclaimed ‘lifelong Chelsea fan’ Andreas Korssund (no, me neither) has revealed that the Blues are ‘considering’ a move for Traore.

Tuchel is a ‘huge fan’ of the Spain international but ‘no talks’ have started yet between the two clubs.