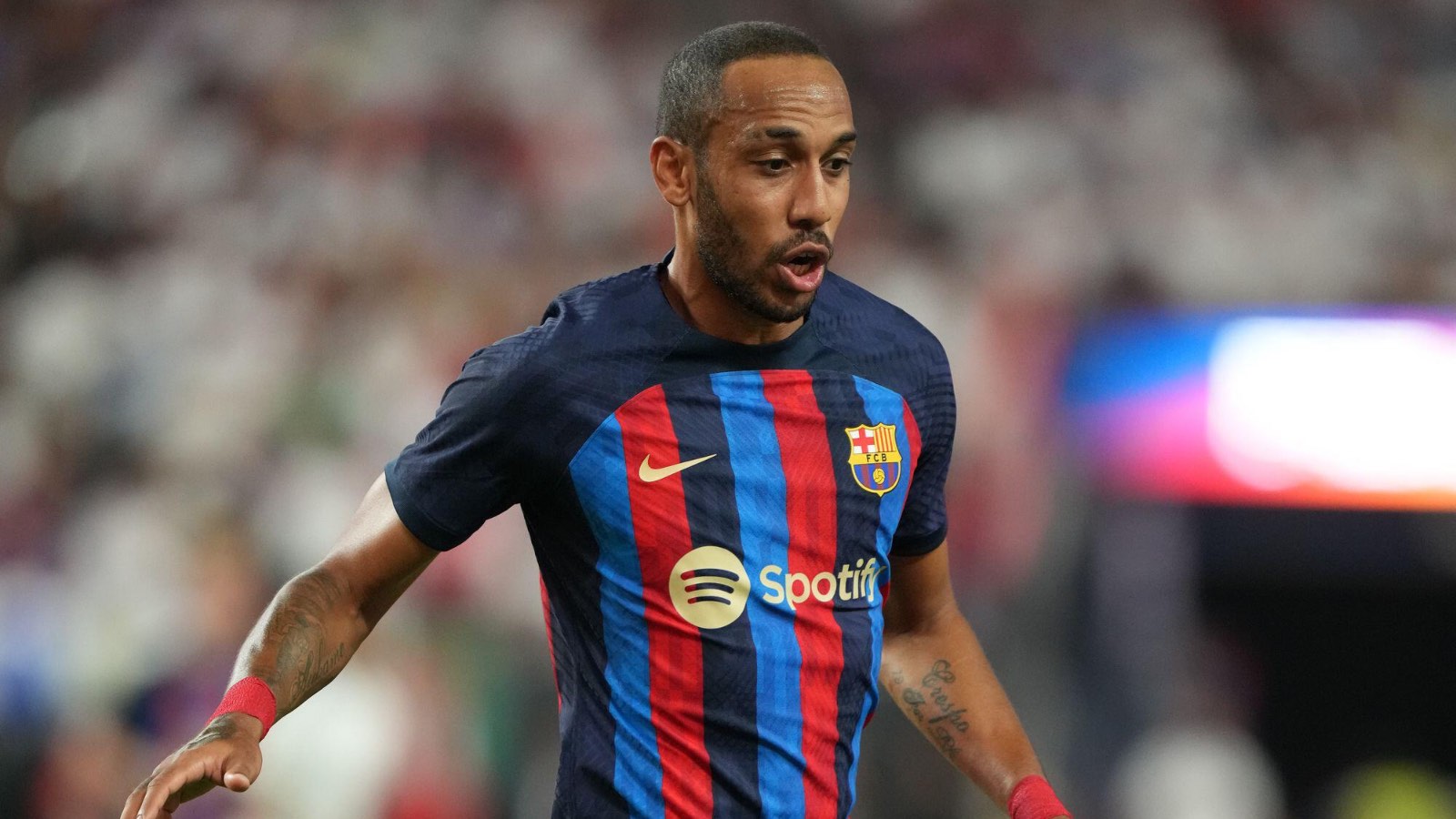 Chelsea ‘continue betting’ on Pierre-Emerick Aubameyang to bolster their attack this season as Thomas Tuchel puts pressure on Todd Boehly to sign the striker.

Rumours of Chelsea’s interest in the Gabon international emerged last week as Thomas Tuchel looks to continue to improve his options before the close of the transfer window.

The Blues’ focus is on defence as they target another centre-back following the arrival of Kalidou Koulibaly, and they’re reportedly locked in talks with Leicester over a fee for Wesley Fofana, who is keen on a move to Stamford Bridge.

But Chelsea owner Todd Boehly is looking to improve other areas of the squad, including the forward options following the departures of Romelu Lukaku and Timo Werner.

But Tuchel has his heart set on a new striker with Aubameyang thought to be his preferred option.

Sport (via Sport Witness) claim the Chelsea boss ‘insists’ on the 33-year-old and is ‘putting pressure’ on Boehly to force a deal with Barcelona.

And Chelsea ‘continue betting’ on the former Arsenal striker despite Xavi’s stance and AS add that the Blues have ‘begun to draw up a plan to sign him’.

Tuchel, who worked with Aubameyang in his time with Borussia Dortmund, may well be keen to reunite with the striker, but admits he may not fancy taking the number 9 shirt.

“It’s not the case that we leave it open for tactical reasons, or for some players in the pipeline that come in and naturally take it.

“There was not a big demand for number nine, when like players sometimes want to change numbers. But, surprisingly, nobody wants to touch it.

“So now we have a moment where nobody wants to touch the number nine.”