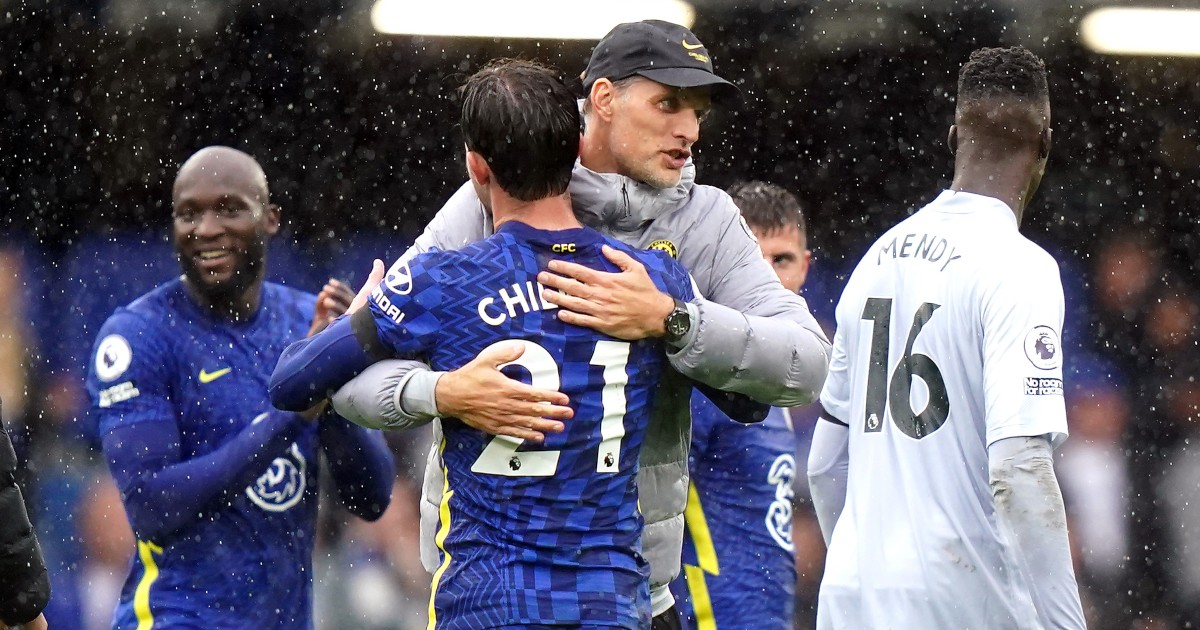 Chelsea should soon open up a proper lead atop the Premier League table but Manchester United may fall away based on their upcoming fixtures.

The Premier League returns this weekend and there are many reasons as to why we absolutely cannot wait.

Two points separate the top six, with six points between the bottom seven and a mid-table menagerie with as much cause to look up as down.

Each team will play four more Premier League games before the next international break in November and yet more panic over the irreversible one-match England goal drought of Harry Kane.

Some will greet those fixtures with a little more enthusiasm than others if the below table, ranked by difficulty of upcoming games based on the average current league position of opponents, from easiest to most difficult, is worth the bandwidth it has taken up.

The title race
A monstrous run for Manchester United must be navigated without Raphael Varane and Harry Maguire, with a Champions League double-header against Atalanta sandwiching games against Liverpool and Spurs.

That Old Trafford visit is Liverpool’s toughest assignment, although Brighton at home and West Ham away are difficult enough matches without Atletico Madrid’s visit to Anfield slotted in the middle.

Manchester City have a modest schedule that is matched by their Champions League task. Burnley, Brighton, Crystal Palace and Club Brugge does not sound foreboding but Pep Guardiola will be wary of complacency, particularly with a Manchester derby on the horizon.

Chelsea have done pretty sodding well for themselves. The leaders have the kindest run of any team, facing the three teams in the relegation zone after a tough trip to Brentford.

The relegation battle
Four teams remain without a win this Premier League season and it is far from inconceivable that the wait might approach December for three of them. Norwich, Newcastle and Burnley – 2oth, 19th and 18th – all have dreadful schedules that feature Chelsea and at least two other current top-half sides.

Southampton have a presentable chance to move away from the relegation zone and pull Ralph Hasenhuttl back from the brink. Their highest-ranking opponent before the November international break is Aston Villa in 10th.

Leeds should also string some solid form together – although it remains to be seen whether Saints, Wolves and Leicester are in slightly false positions.

The rest
Jamie Carragher might be crowing proudly by next month after tipping Arsenal as the “best equipped to challenge” the top four. Mikel Arteta should have no fear with home games against Crystal Palace, Aston Villa and Watford, as well as a trip to Leicester.

Poor West Ham will be relieved at having already built solid foundations because the tests will come thick and fast in the form of Everton (5th), Spurs (8th), Liverpool (2nd) and Villa (10th). They host Genk in between facing the first two, face Manchester City in the League Cup before the Villa Park trip, then travel to Belgium ahead of hosting Jurgen Klopp’s men. Seven games across three competitions in 21 days might define whether this is a good, great or potentially gleaming season.

The highest opponent Leeds face (Wolves in 12th) are lower than the lowest team West Ham play (Villa in 10th). That might well be the real quiz.