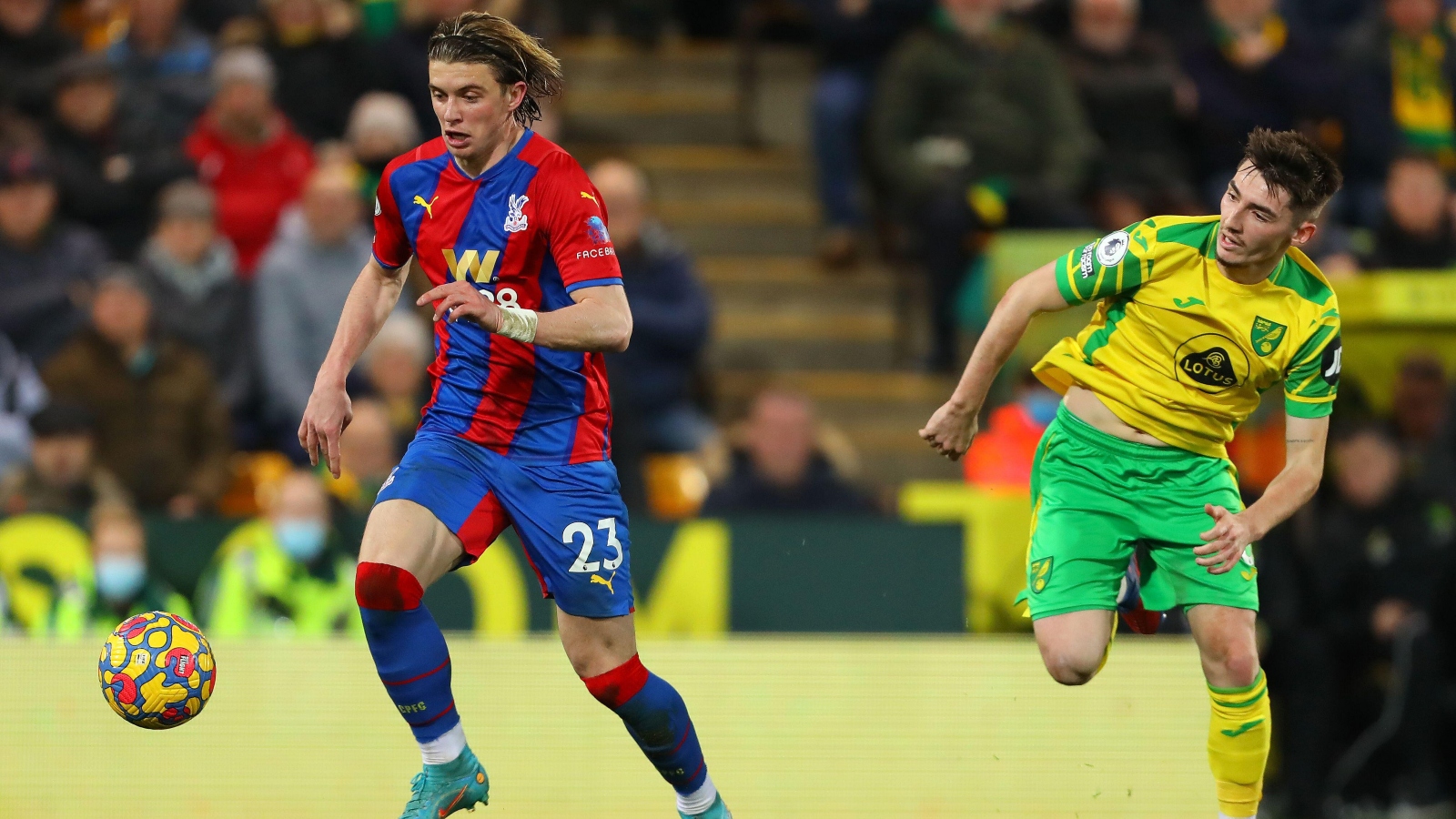 Everton are reportedly ‘interested’ in Chelsea duo Billy Gilmour and Conor Gallagher, with the Blues eyeing a move for Toffees forward Richarlison.

Gallagher and Gilmour endured contrasting 2021/22 campaigns whilst out on loan from the Stamford Bridge club.

The former starred for Crystal Palace and was named Player of the Season as they finished 12th in Patrick Vieira’s debut season in charge.

Gilmour, on the other hand, struggled to impress for Norwich City as they finished rock bottom of the league to fall back down to the Championship.

Regardless of his performances last term, the Scottish midfielder is still regarded as one of the best youngsters at Chelsea, as is Gallagher.

Interest in the England international is high, with Palace keen on renewing his loan or signing him on a permanent basis.

According to The Telegraph, Everton are ‘interested’ in both Gallagher and Gilmour as manager Frank Lampard eyes a reunion with the Chelsea pair.

The Blues are interested in Toffees striker Richarlison, who scored ten goals in 30 Premier League appearances in 21/22.

They are facing competition from Tottenham, who are believed to be prioritising a move for the Brazilian over Leeds United winger Raphinha.

Should they ramp up their interest in the 25-year-old, they could look to exploit Everton’s interest in Gilmour and Gallagher by including them in a swap deal.

Meanwhile, Chelsea are ‘in talks’ with AC Milan over a deal to sell Hakim Ziyech, according to The Guardian.

The Moroccan joined the Premier League club from Ajax for a fee in the region of £36m two years ago.

Guardian reporter, Fabrizio Romano, has revealed that Ziyech’s representatives are ‘in talks’ with Serie A champions Milan.

The 29-year-old is ‘open’ to joining the Rossoneri, but an arrangement regarding his salary must be found before he can complete a move to Italy.