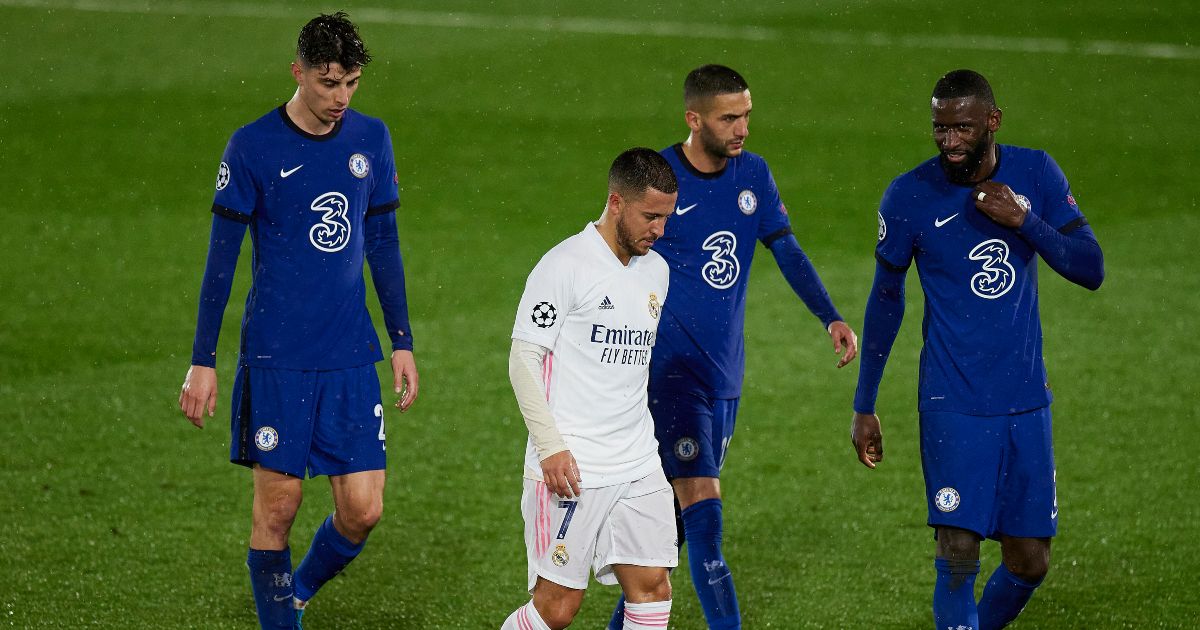 The Belgium international was sensational for Chelsea in his seven years at the club, scoring 110 goals in 352 appearances for the Blues.

However, Hazard has only played 38 matches in all competitions in two seasons for Los Blancos with the 30-year-old delivering a number of underwhelming performances.

And Duff, who won two Premier League titles at Chelsea, was annoyed that “fat” Hazard failed to turn up to Real Madrid in the shape of his life.

“You’d worry for him going forward,” Duff told RTE. “He’s 30, he relies on sharpness, being a quick dribbler. We all know after 30 it’s downhill.

“He’s never been a top pro and he’s never had the drive of (Lionel) Messi and (Cristiano) Ronaldo. If he did, you’d probably be mentioning him with them two players.

“He turned up for his first pre-season at Real Madrid – Galactico, €160million  – overweight. Fat. Call it what you want.

“You’d worry for him, because he’s had 11 injuries and to come back from 11 injuries – and he’s hardly played in two years – you need to have drive, you need to be a top pro.

“You could argue that throughout his career, he’s always battled with his weight. To be signed by Real Madrid, €160million, you turn up to pre-season in the shape of your life.

“And he turned up overweight because he was on holiday. I ain’t having that. I hate aiming it at a player, but it’s always been aimed at him anyway.”

Hazard came off the bench in Real Madrid’s 1-1 draw with Chelsea and Zinedine Zidane insisted a share of the spoils was a reasonable reflection of the game.

He said: “I think it’s a fair result, it’s true that the first half was not our best. We had some difficulties, but in the second half it was better so I’d say it was a fair result.

“You have to suffer but I am happy for all my players, because we are alive. We know we have to go to London, try to score and win the match.”