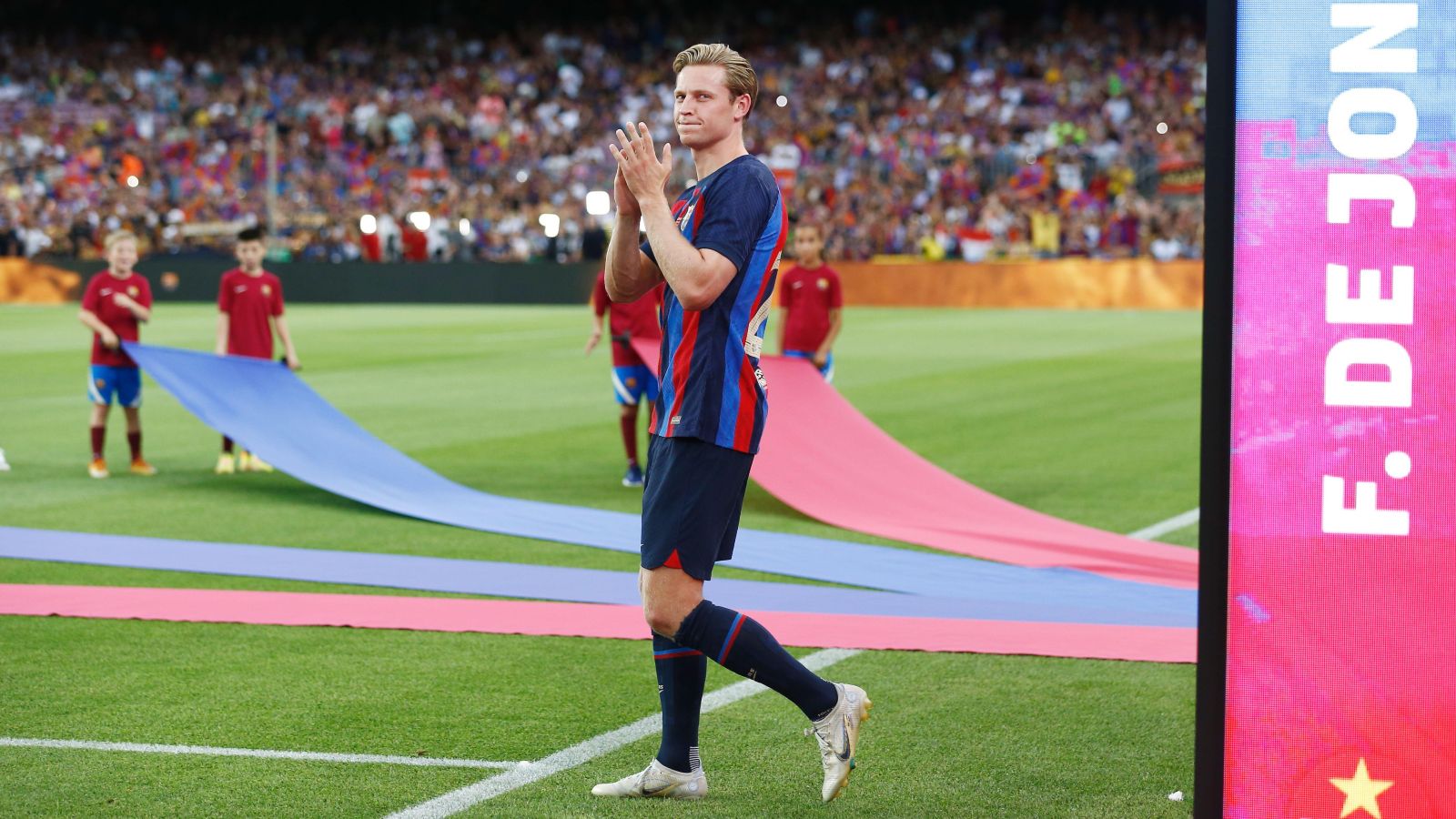 A transfer is “more likely” than a stay at Barcelona for Chelsea target Frenkie de Jong this summer, according to CBS Sports journalist Ben Jacobs.

If you were coming here in the hope that the De Jong transfer saga was at its conclusion you will be sorely disappointed but there are signs it could be edging closer to a finale.

Chelsea and Manchester United are reportedly happy to pay the €80m plus required to seal his signing but it is issues between Bawrcelona and De Jong which need to be sorted.

A billion reasons why the Glazers must sell Man Utd, and more Trent v James…

Man Utd look out of the running with numerous reports claiming that De Jong has no intention of moving there this summer as Chelsea are the more desirable option because of London and Champions League football.

There have already been long wranglings between De Jong’s representatives and Barcelona over the £17m in deferred wages and bonuses the Dutchman is owed from the height of the Covid-19 pandemic.

Barcelona want him to stay if he takes a 50 per cent pay cut, while The Athletic journalist David Ornstein brought us news earlier this week that the Catalan giants have told De Jong that ‘they want to annul his existing contract and return to the deal he was on before, alleging the terms given to him by the club’s previous board involved criminality and provide grounds for legal action against those involved’.

And now Jacobs claims that Chelsea are now “pushing” to complete a deal for De Jong and that a “move away remains more likely” for the Netherlands international at this stage, while providing updates on the potential legal action.

In a series of tweets, Jacobs said: “Barcelona have reiterated to Frenkie de Jong he must take a 50% pay cut or leave. They expect decision imminently. They want it today. Threat of legal action against current deal hasn’t moved further yet. As reported, Chelsea optimistic of an €80m+ deal but waiting on De Jong decision.

“Barca billing this as a straight choice between De Jong taking a pay cut or leaving. Although Joan Laporta has said he’ll ‘respect’ De Jong’s current deal, Barca maintain they’re prepared to challenge it in court. Sources say legal action is ‘a last resort’ but more than an empty threat.

“Chelsea pushing on the player side. They don’t want this to drag out. Barcelona on the same page. It’s clear De Jong would love to somehow stay (as he’s said consistently) but without a pay cut (and he’s still reluctant) a move away remains more likely.”