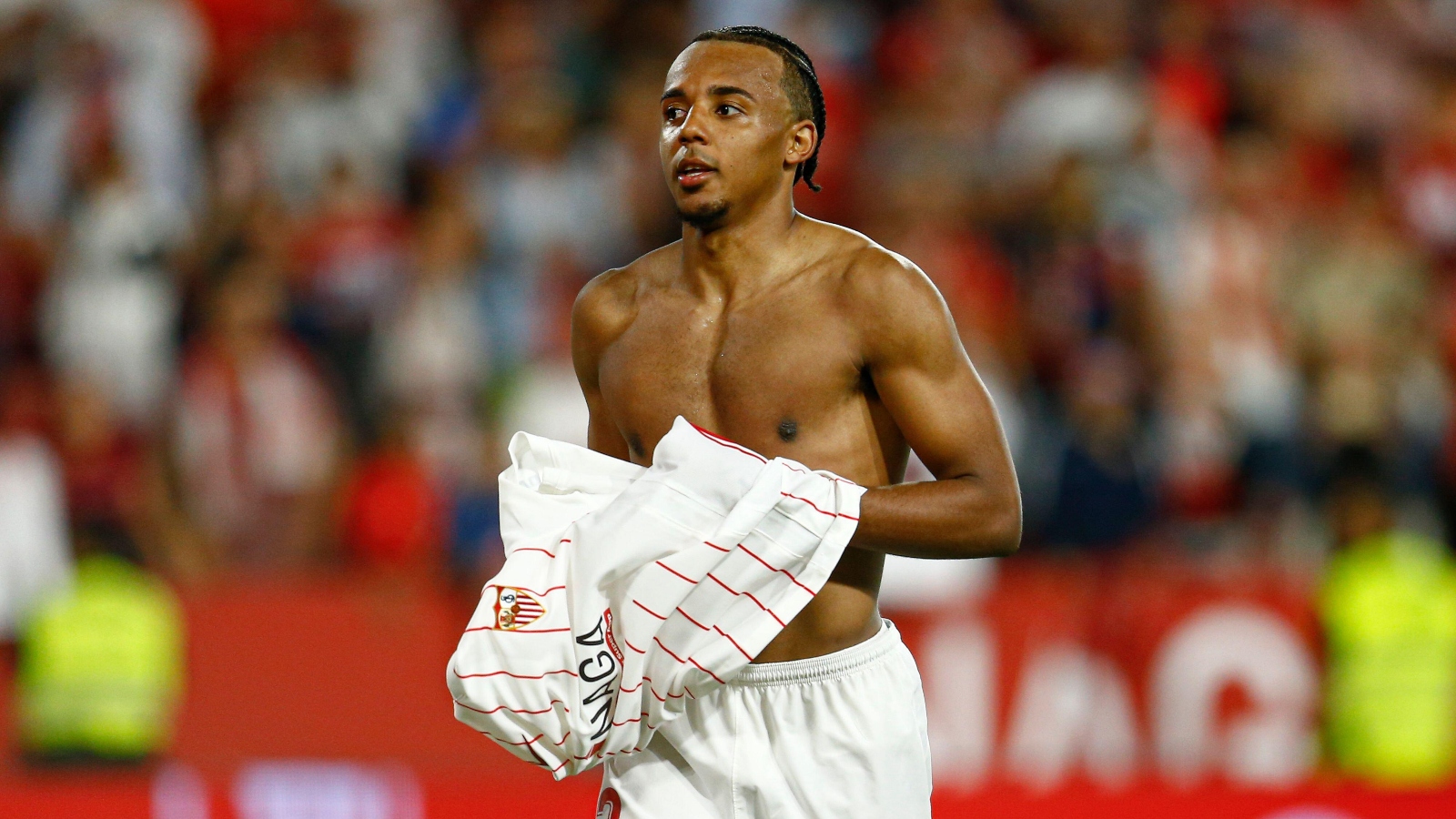 Jules Kounde is holding out for a move to Barcelona despite Chelsea reaching an agreement with Sevilla over a deal to sign him, according to reports.

Chelsea have been linked with Kounde for over a year and reportedly agreed personal terms with the French defender last summer.

How will Frank Lampard cope with Everton ambitions beyond mere survival?

However, they could not agree a fee with Sevilla – who have now reduced their asking price.

The Blues are facing stiff competition from Barcelona, with the player thought to be in favour of a move to the Nou Camp.

After struggling in their negotiations with Sevilla in 2021, Chelsea now have a ‘verbal agreement in place’ and are in ‘advanced talks’ to ‘finalise’ the transfer.

This report came shortly before news broke that Kounde had not travelled with Sevilla ahead of their pre-season friendly against Sporting Lisbon on Sunday.

While everything looked in place for the 23-year-old to finally complete his move to Chelsea, it has since been revealed by Samuel Silva that the defender has made the decision to meet up with his teammates in Portugal.

And according to Ben Jacobs, Barcelona feel they now have time on their side as they prepare a bid.

Jacobs adds that Kounde is open to joining either club, though it is unclear if Barca can match Sevilla’s valuation.

After losing out on Raphinha to the Catalan club, Chelsea ‘did not want’ to hear that Kounde has decided against training on his own while his teammates were in Lagos.

Sevilla have always said they will listen to Barcelona if a bid is made quickly. #CFC have not wavered in their confidence because they know Sevilla’s preference is to sell to them. But Kounde travelling with the team is not what Chelsea wanted.

Furthermore, Spanish radio station Cope (via Metro) have reported that Kounde has ‘decided to wait’ and see if a move to Barca will materialise, with talks between the two clubs now underway.

Should a move for Kounde fall through, Chelsea are also interested in RB Leipzig’s Josko Gvardiol and Paris-Saint Germain’s Presnel Kimpembe.

The Blues are ‘in talks’ with PSG over a move; meanwhile, their pursuit of Gvardiol is slightly more complicated given the fact he is only one year into his five-year contract with the Bundesliga side.

The Premier League side completed the signing of Kalidou Koulibaly from Napoli for around £34m last week, though Thomas Tuchel is eager to further improve his backline following the departures of Antonio Rudiger and Andreas Christensen.