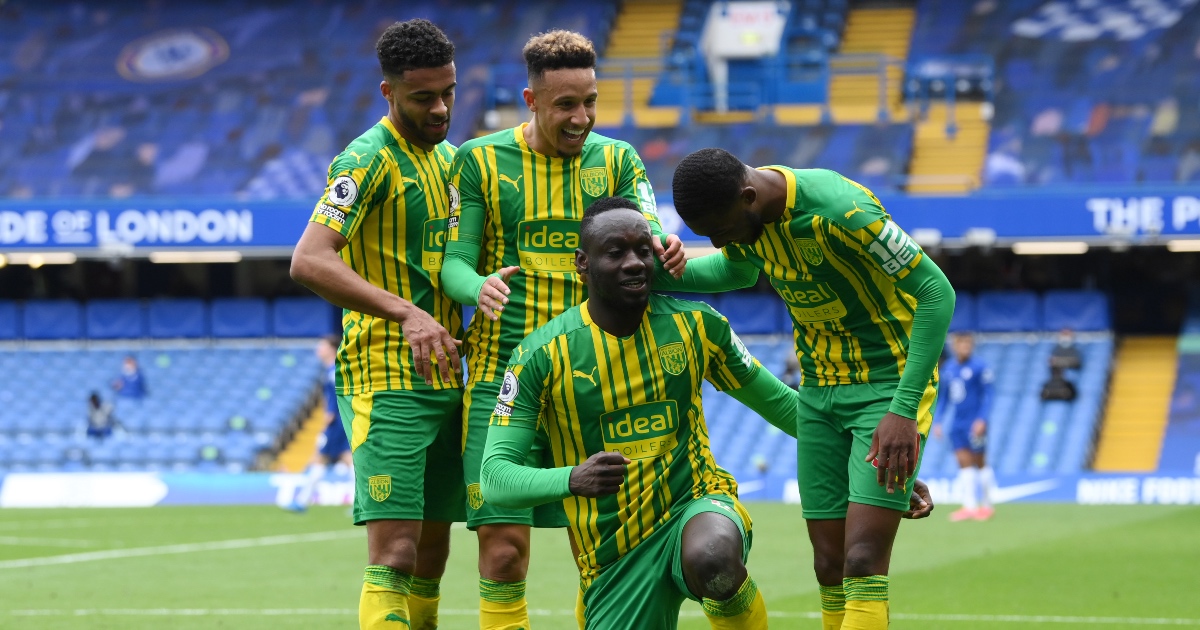 Thiago Silva was sent off for two yellow cards after just 29 minutes as Thomas Tuchel’s 14-match unbeaten start at the Chelsea helm came to a startling end.

Christian Pulisic and Mason Mount hit the net for Chelsea but the Blues tasted defeat for the first time since January 19.

Tuchel predicted before kick-off that veteran centre-back Silva would not last the course on his first match since February due to a thigh injury.

But the German boss could never have predicted the manner of Silva’s premature exit, a first red card since 2013.

West Brom manager Sam Allardyce admitted in midweek he was “jealous” of Tuchel’s array of top talent at Chelsea.

But the Stamford Bridge chief could be forgiven, on the day at least, for envying the Baggies’ superior finishing power, especially from the hugely-impressive Pereira.

As much as the international break cursed Chelsea, it blessed the Baggies.

Tuchel had just one full training session with his squad to prepare for this Saturday lunchtime kick-off while Allardyce quite clearly capitalised on an extended run without a fixture to drill his West Brom charges.

Silva’s red card undoubtedly changed the course of this match but West Brom deserve huge plaudits for both their tactical discipline and clinical attacking play.

Chelsea’s slow start was eased by Pulisic’s smart reaction to rush first to the loose ball and tap home after Marcos Alonso’s free-kick.

Alonso’s curling effort struck the post but Pulisic stormed in and slotted into the net to put the Blues ahead.

Spain full-back Alonso could so easily have put Chelsea ahead moments earlier when Darnell Furlong headed clear under pressure as he lurked behind him ready to pounce at the far post.

Just as Chelsea looked to cement their control, however, their situation crumbled.

Silva’s big return was over inside half an hour as he was sent off for a second yellow card.

In a near carbon copy of his first booking, Silva was dismissed when battling to recover from a loose Jorginho pass.

Both times the Brazil veteran had too much to do and wound up sliding in late – but the second yellow for his challenge on Okay Yokuslu certainly appeared harsh.

Hakim Ziyech was the luckless fall guy for the red card, sacrificed and subbed off to bring defender Andreas Christensen into the action.

Chelsea switched to a 4-4-1 with Reece James on the wing, Pulisic on the left and Timo Werner up front.

While Chelsea were caught up with recalibrating, though, the Baggies busied themselves with turning the tables.

Goalkeeper Sam Johnstone’s raking pass bisected the Blues defence and Pereira raced through, controlled and then lobbed the stranded Edouard Mendy to put the visitors level. 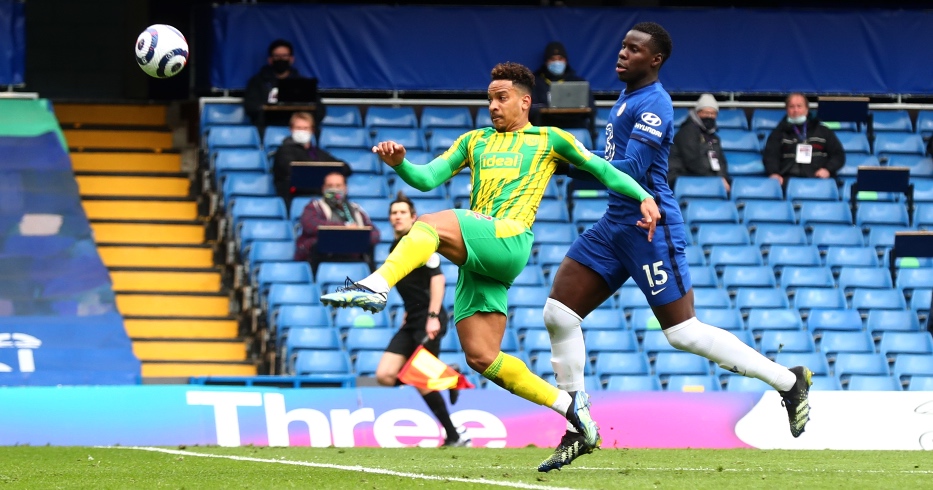 In a flash Pereira was on the scoresheet again, keeping his cool and sorting out his feet in the area before sliding home another smart finish.

The half-time whistle handed Chelsea a chance to draw breath and further tweak their new set-up, with the visitors leading 2-1.

Mount replaced Pulisic at the break, with the academy graduate having only been on the bench after three straight matches with England during a draining international break.

Mateo Kovacic saw a drive deflected over the bar, then Kurt Zouma hooked high and wide from a corner.

Chelsea’s designs on restoring parity evaporated when Furlong capped a fine West Brom move with a dangerous cross which Robinson turned home in style in the 63rd minute.

Five minutes later, Diagne drilled home a fourth as the 10-men hosts started to unravel but then all of a sudden Mount slotted home to make it 4-2.

Werner could – and should – have taken on Johnstone and scored but opted instead to play in Mount, who made no mistake.

The last word belong to West Brom, however, with Robinson on target again, lifting over Mendy for his second of the day in stoppage time.