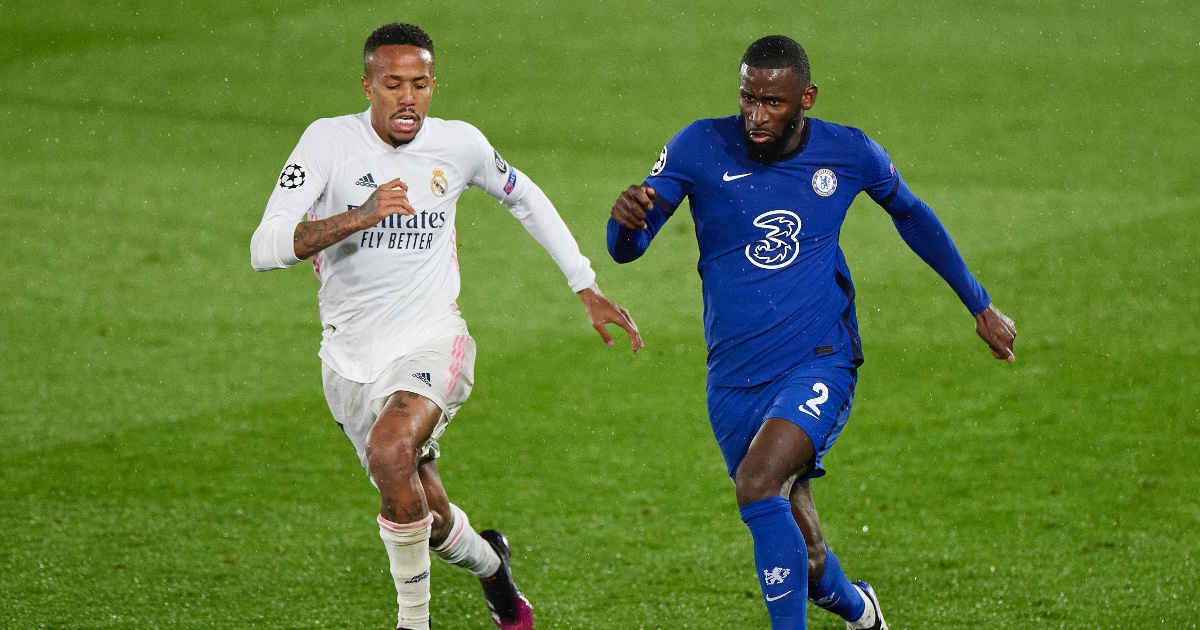 Spanish giants Real Madrid are hoping to sign a 28-year-old centre-back from Chelsea, according to reports.

Los Blancos are running on a tight budget due to the impact of the pandemic, resulting in a stripped-back summer transfer window.

Their only new signing is Austrian defender David Alaba, who was available for free after running down his contract with Bayern Munich.

Madrid have allowed influential defenders Sergio Ramos and Raphael Varane to leave, with the latter joining Manchester United for £41million.

Any money received will go towards their pursuit of Paris Saint-Germain and France attacker Kylian Mbappe.

They will apparently look to sign top-quality players for next to nothing, in a bid to create a ‘premium Madrid at low cost’.

Their aim is to sign players for free when their contracts expire next summer.

Rudiger, 28, has become a vital part of Thomas Tuchel’s defence at Stamford Bridge.

He played alongside Thiago Silva and Cesar Azpilicueta at the back as Chelsea beat Manchester City in the Champions League final back in May.

Rudiger also featured in the club’s European Super Cup triumph against Villarreal, which handed Tuchel a second trophy in just a few months.

Despite his success at Chelsea, reports have suggested that the German could leave in search of a new challenge next year.

But Sky Sports reported in June that he is ‘keen’ to sign a new long-term deal and is committed to the club.

The Hammers were interested in securing in services but have now been put off by his wage demands.

The Frenchman apparently wants £120,000 a week, which West Ham are unwilling to sanction.

Zouma currently earns £65,000 a week and is contracted with Chelsea until June 2023.

He was left on the bench for the club’s Premier League opener against Crystal Palace, which they won 3-0.