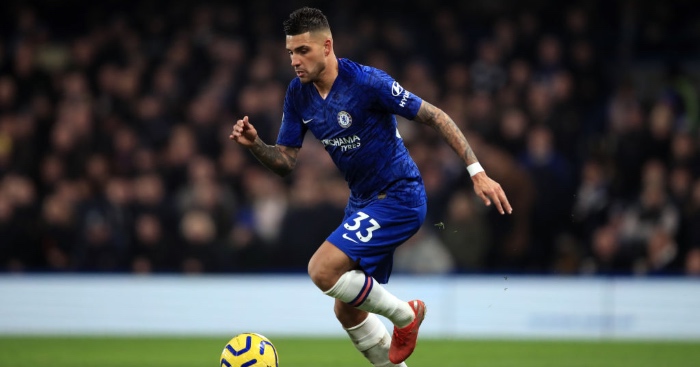 Chelsea left back Emerson Palmieri could make a January loan switch to Italy, according to reports.

The Brazilian has seen his first team opportunities reduced under manager Frank Lampard following the arrival of Ben Chilwell from Leicester City.

He is also behind fellow defender Marcos Alonso in the squad pecking order.

According to Sky Sports Italia (via Daily Express), Juventus and Inter Milan are both monitoring the situation and could make a loan bid in January.

The two Italian giants have registered their interested in Emerson previously, but failed to sign him during the summer window.

Chelsea apparently put the 26-year-old up for sale back in June, which prompted interest from Inter boss Antonio Conte.

Juve have now joined them in chasing the player.

Emerson is yet to feature in the Premier League this campaign. His only two appearances so far have been in the Carabao Cup.

Alonso and Chilwell have shared left back duties during the first five games.

Emerson has played 57 times for the Blues since making the move from Roma back in January 2018. He signed for a reported £26 million fee.

Alonso has also been linked with a move away from Stamford Bridge. The Spanish international was thought to be in talks with Inter about a transfer.

After spending over £220 million in the summer, Lampard’s side have made a seemingly average start to the season by their own high standards.

Their results mean they currently sit in eighth in the Premier League table.

Lampard will be hoping for more consistency when they play Man Utd in a huge game this weekend. The match should be an interesting one which could rely on how United handle new forward Timo Werner.