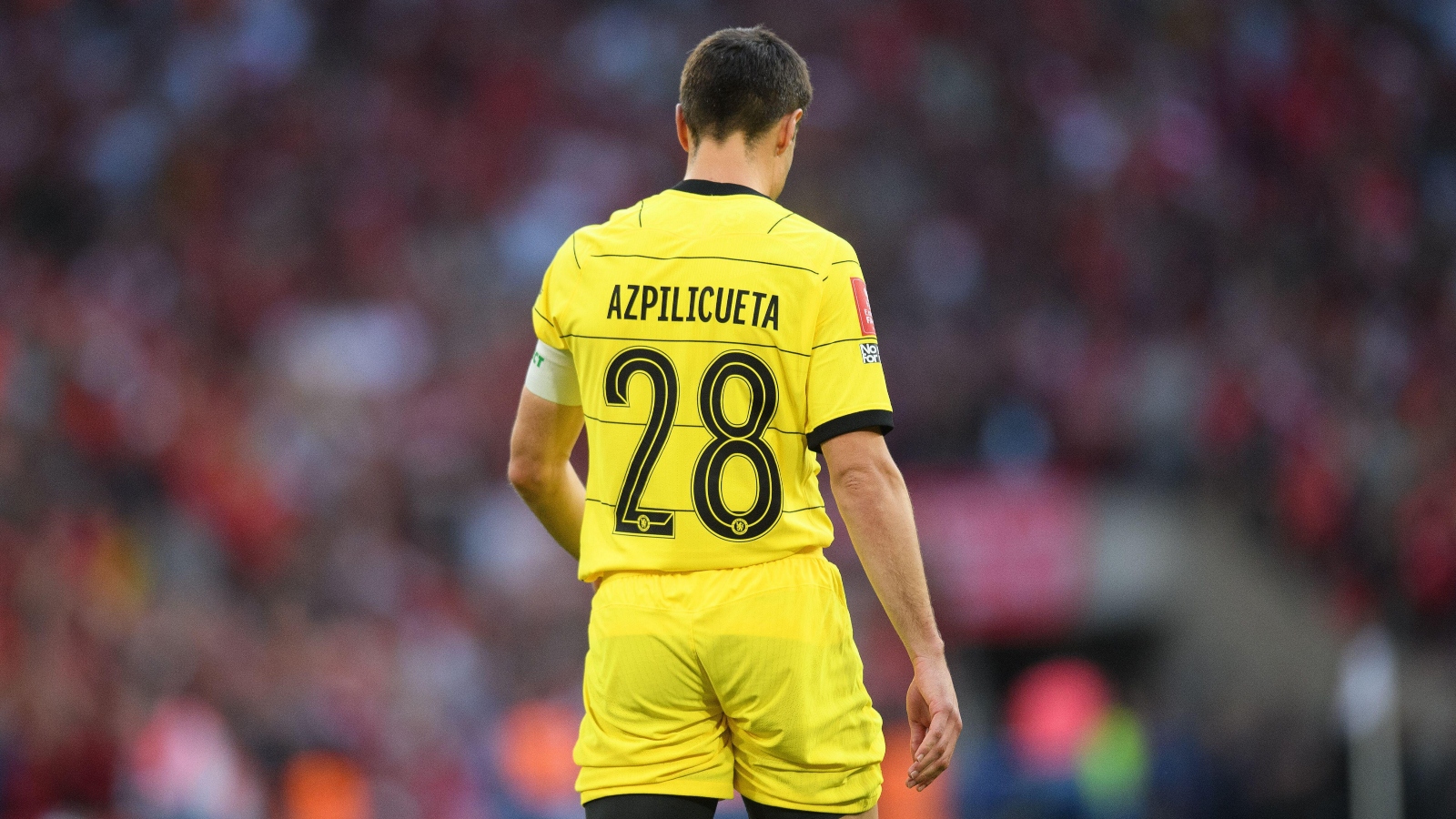 Chelsea captain Cesar Azpilicueta is set to sit down with the club to discuss his future amid interest from Barcelona, according to reports.

Fellow defenders Antonio Rudiger and Andreas Christensen are out of contract at the end of the season, meanwhile, Azpilicueta’s deal expires in 2023 after a one-year extension in his contract was triggered.

Andreas Christensen is an ‘amateur’ who should ‘steel himself’? Stan Collymore should know better

Earlier this month, Spanish outlet AS reported that the Blues skipper has agreed a move to the Nou Camp and will earn €13m per year with bonuses and a signing on fee.

The report adds that Alonso is a serious option as the Catalan club look to bring in a player who can cover for Jordi Alba.

Despite his recent extension, EFE (via Sport Witness) claim that Azpilicueta is set to discuss his future with the Chelsea hierarchy ‘in the coming hours’.

Barcelona are working on both Cesar Azpilicueta and Marcos Alonso. No doubts on Alonso: he’s set to leave Chelsea but Barça deal depends on final price. 🇪🇸 #FCB

Azpilicueta has a two-year deal bid on the table from Barça, waiting for a meeting with Chelsea to decide his future. pic.twitter.com/0ThYVPhkyB

Furthermore, Marca say that the defender ‘doesn’t have a clear’ scenario for his future and is keen to sit down with the new owners and head coach Thomas Tuchel.

Barca are reluctant to pay a fee to sign the 32-year-old, which Chelsea are unsurprisingly asking for one.

It is noted that Azpilicueta does not want to leave Stamford Bridge ‘on bad terms’.

Henderson has said that it was important for him to show respect to his opponent and England teammate.

“That is always a big thing for me. You’ve got to be respectful to the opponent, especially with players you play with from your national team,” Henderson told Sky Sports.

“You know how good they are and that they are good people, especially in penalty shootouts, it’s never nice for people to miss penalties. I knew he’d be feeling really down, and to be honest, he probably didn’t want me going over there thinking back, but I just wanted to give him a little bit of support because he’s a top player, a great lad, and he’s still very young.

“He’s got the world at his feet, and I am sure he will bounce back. When he gets the opportunity again, he’ll step up and put the ball in the back of the net.”