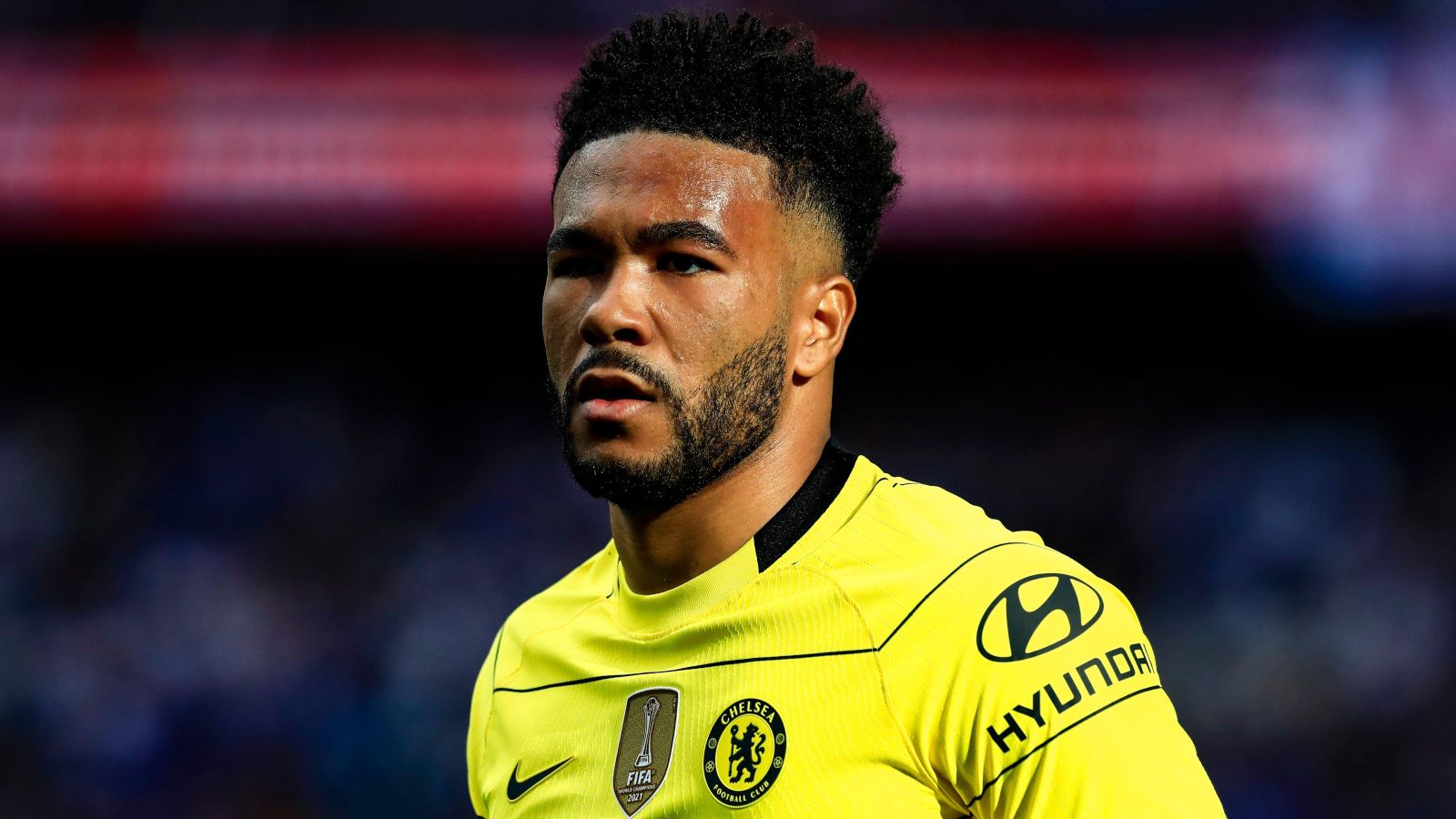 Real Madrid want to sign Chelsea wing-back Reece James in the summer transfer window, according to reports in Spain.

The 22-year-old has cemented his place in the Blues starting XI over the last few seasons following a successful loan spell at Wigan in the 2018/19 campaign.

Since then he has played 118 times in all competitions over three seasons, winning the Champions League, UEFA Super Cup and an FA Cup.

He has added goals to his game recently with the Chelsea defender contributing six goals and seven assists in all competitions this term for Thomas Tuchel’s side.

James’ form over the past few seasons has seen him awarded with ten caps for England and he was part of Gareth Southgate’s squad that were runners-up at Euro 2020.

And now Spanish website Todofichajes claims that James is now the ‘main favorite to reinforce’ the right side of Real Madrid’s defence.

It is understood that Los Blancos have ‘considered other options such as Pedro Porro’ but James has come out with the ‘most ballots’ in the voting at Real Madrid’s recruitment department.

Real have suffered from ‘problems in that position’  this season and now they ‘want to remedy it’ by bringing James to the Bernabeu this summer.

They used their recent meeting in the Champions League quarter-finals to ‘test’ the west London club with the La Liga giants believing the current takeover situation at Chelsea could ‘open the door’ for them.

The Blues aren’t in a position where they have to sell with James on a contract for another three years and they will demand ‘a minimum of €60m (£50m)’ for a transfer to go through.

But even then, he was an absolute baller 🌟
pic.twitter.com/3PXjPNq5CE

Speaking in early April, former Manchester United defender Rio Ferdinand expressed his disappointment that James “doesn’t even get the recognition he deserves”.

“Reece James… what a fantastic footballer. He’s the modern day footballer,” Ferdinand said on BT Sport. “We talk about Trent Alexander-Arnold, he’s right up there with him, you can’t split them really.

“They bring so much to the game. I think Reece will bring more goals but the passing, seriously, he doesn’t even get the recognition he deserves for his passing.

“He’s got every club in the bag as well and once he gets into these areas [in the box] he can be devastating. I think he’s got that physicality as well, he controls that right hand side now and he owns it.

“His confidence is very different to when he first joined the team which is understandable.

“When I was a player I wanted the team to miss me if I didn’t play. He’s in that boat, he’s in that place now where if he doesn’t play you notice a big difference in the team and the level drops slightly.”