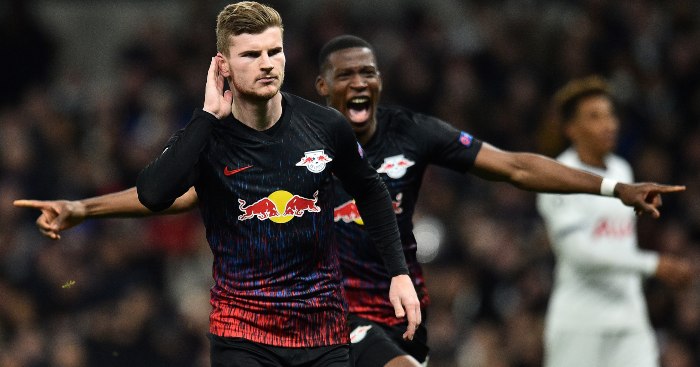 Chelsea have reportedly given up on signing Timo Werner after learning of Liverpool’s interest, instead turning their attentions to Moussa Dembele.

The Blues were heavily linked with a move for an attacker in the January transfer window, with Olivier Giroud’s future the subject of intense speculation.

Dembele was one player who Chelsea were reportedly interested in, but Lampard admitted that he was “surprised” to see the Frenchman’s name mentioned as a target.

According to The Athletic, Chelsea will step up their efforts to sign Dembele in the summer transfer window, with the need for another striker set to increase.

The source claims that the 23-year-old is seen as an upgrade on Giroud and Belgium international Michy Batshuayi, one of whom will leave Stamford Bridge at the end of the campaign.

OPINION: Football has enough money to leave no casualties…

While a deal for Dembele will not come cheap given that he is contracted at Lyon until 2023, his hefty price tag will not see him displace Tammy Abraham as Lampard’s main striker.

Instead, it is claimed that the Frenchman will be brought in as competition for the England international, who has struggled in the second half of the season due to a niggling ankle injury.

Chelsea and Liverpool have been heavily linked with RB Leipzig striker Werner, but The Athletic adds that the Reds have stepped up their interest in the Bundesliga star, meaning Lampard’s side have decided to move for Dembele.

Werner, who reportedly has a £50million release clause in his contract, has made no secret of his desire for a move to the Premier League, with the German international talking up Jurgen Klopp’s team and Manchester United as ideal next destinations.