Home Chelsea Chelsea could be the ‘despite’ European champions 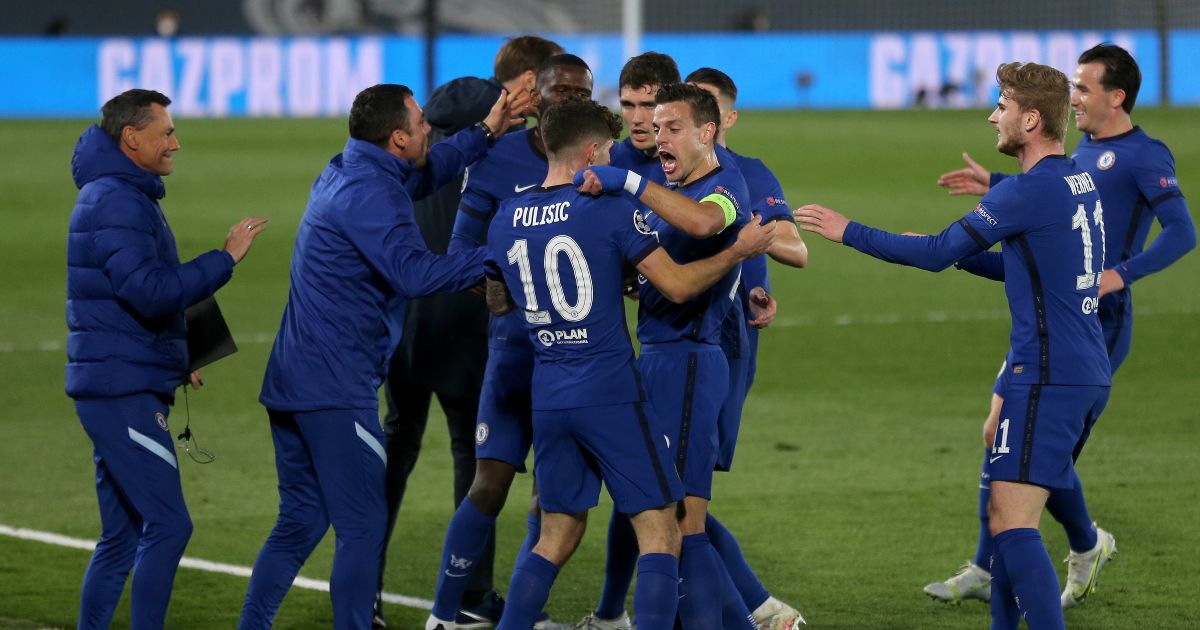 Had Karim Benzema been wearing the blue of Chelsea on Tuesday might, it is no exaggeration to say that they could have won 3-0 in Madrid. He would almost certainly have scored the glaring chance that Timo Werner spurned and would have carved himself two or three more. Even in a Madrid side that looked lost in an unfamiliar formation that made them simultaneously vulnerable and impotent, Benzema scored with their only shot on target and hit the woodwork with another quarter-chance. The game ended 1-1 and remains in the balance largely because of the gulf between the game’s two strikers.

Barring the set-piece switch-off that gave Benzema the opportunity to showcase his perpetual brilliance, Chelsea were excellent. They pressed and harried and then moved forward quickly and with purpose, exposing Madrid’s defence with runs in behind from Christian Pulisic and Mason Mount and forays from deep from the indefatigable and intelligent Kante, who revelled in the extra space he was gifted by Zinedine Zidane’s tactical blunder. Tuchel was smiling even before the game as he knew that Zidane had handed Chelsea the initiative by trying to match their formation; Madrid had pushed themselves onto the ropes.

There’s no longer any point in labouring the comparison between Tuchel and his predecessor Frank Lampard. The German is a remarkable upgrade and there can surely be nobody left who would disagree. He has managed this Chelsea team almost faultlessly, quickly choosing and honing a formation that protects a defence lacking pace while utilising the energy in central midfield and the creativity of his forwards. How swiftly did he realise that he does not have a striker to match the potential of this Chelsea squad? How swiftly did he realise that any success would be despite his collection of flawed forwards? He has adapted with aplomb.

Werner has missed 21 of 29 Opta-defined Big Chances in the Premier League and Champions League this season, which is almost ludicrous. His 21st big miss could yet cost Chelsea dear, though the admirable calmness of Pulisic under pressure might still render that miss moot. Thankfully for Werner, he plays for a Chelsea side that only truly loses control against West Brom; there was never any real chance that his miss would be punished by a flurry of Madrid goals.

There will be some regret at that particular missed chance – Tuchel admitted “we should have scored a minimum of one more” – but Chelsea really must take enormous heart from outplaying the Spanish champions. They are now the third-favourites for the Champions League despite not having a striker worthy of the billing. That’s a testament to this remarkable manager and these revitalised players.