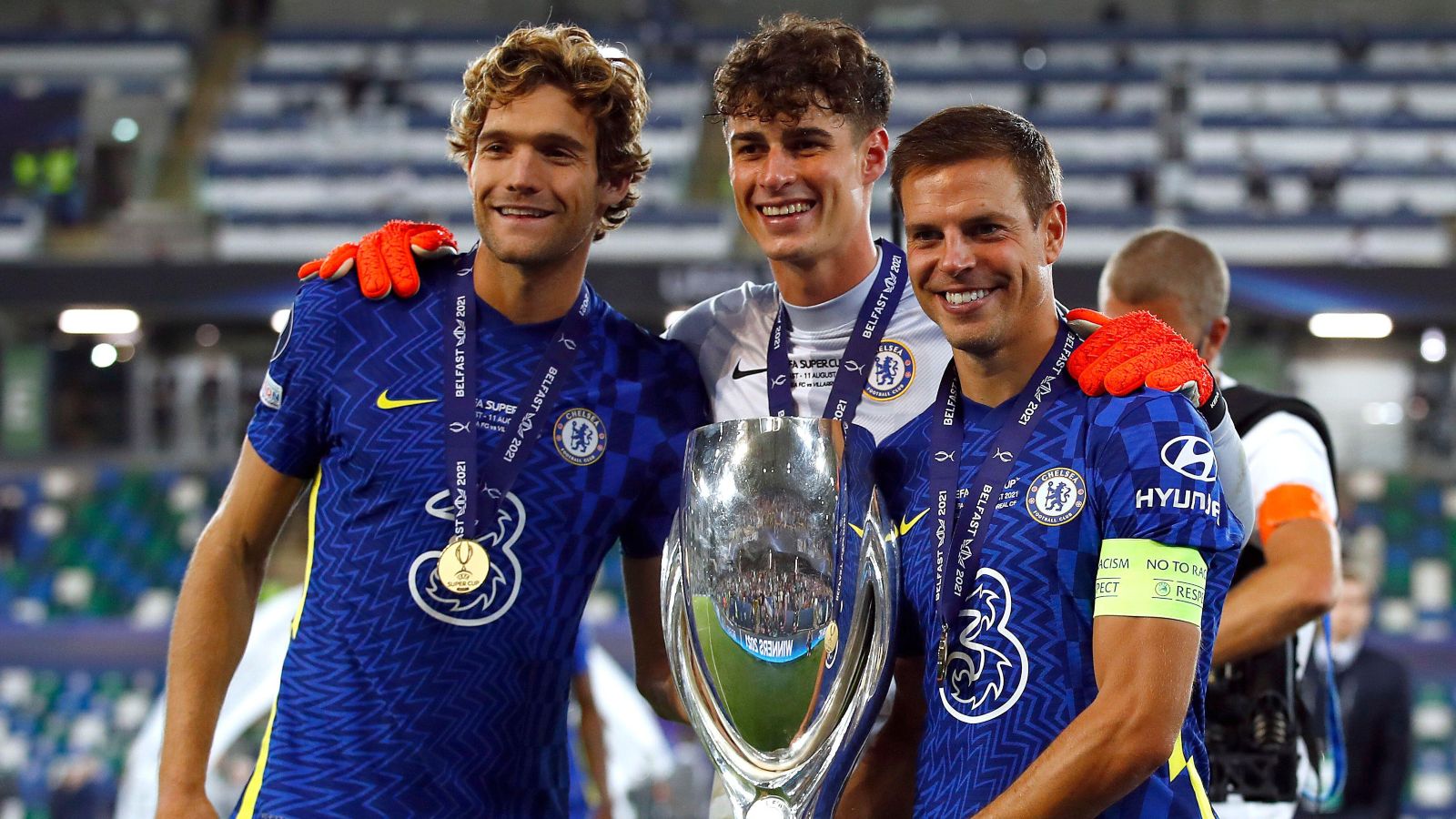 Chelsea are ready to make a huge double bid for an Inter Milan duo if Cesar Azpilicueta and Marcos Alonso are sold this summer, according to reports.

The Blues have lost Antonio Rudiger and Andreas Christensen from their backline with the pair leaving on free transfers to Real Madrid and Barcelona respectively.

Romelu Lukaku has joined Inter Milan on loan for the season and, despite being poor for the most part, was their top goalscorer last campaign in all competitions with Chelsea yet to replace him.

The signing of Raheem Sterling from Manchester City will help add goals while Kalidou Koulibaly has come in to replace one of the centre-backs they have lost.

But it feels like Chelsea are still a bit short ahead of the new campaign with Thomas Tuchel putting out an “urgent appeal for quality players” after their 4-0 pre-season loss to Arsenal over the weekend.

Speaking after the match, Tuchel said: “My analysing of the season does not change because of this game. Unfortunately, it proved my point.

“The last week proves my point. I would absolutely prefer not to be right. I did everything to prove myself wrong but at the moment I feel that I was right.

Barcelona are still sniffing around two more of their key players with Azpilicueta and Alonso understood to be at the top of the La Liga club’s list of defensive reinforcements.

And now Tuttosport (via our friends at Sport Witness) claim that Milan Skriniar and Denzel Dumfries are the two Inter Milan players Chelsea are looking at in case they lose Alonso and Azpilicueta.

The Blues are ready to make a double ‘assault’ for Skriniar and Dumfries and, with Paris Saint-Germain so far failing to agree a deal with the former, Tuttosport says ‘beware of Chelsea’.

A ‘double sale is possible’ with the report adding that ‘news is expected’ after an ‘ntermediary ‘tested the ground’ on a trip to London to speak about the potential deals.