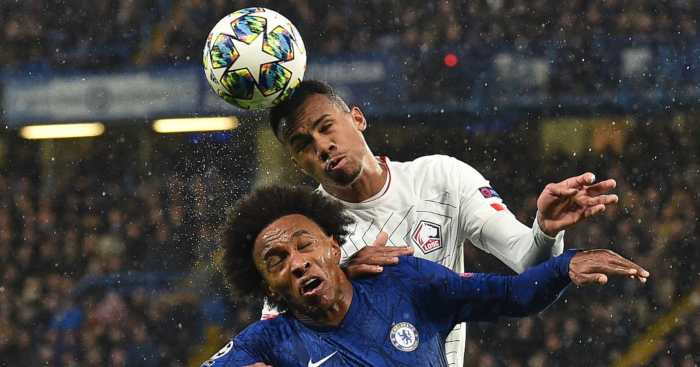 A French journalist is claiming that Chelsea are edging towards an agreement to sign Gabriel Magalhaes from Lille in a €35million deal.

According to Manu Lonjon, who writes for Eurosport, Chelsea have all but agreed terms for the 22-year-old defender after moving ahead of Arsenal and Everton in the race for his signature. Magalhaes was subject of interest from Arsenal back in January.

Le10 Sport claim that Arsenal and Everton both made concrete offers for the Brazil Under-20 international, but they did not meet Lille’s valuation.

The French club have since tied him down to a new contract until 2023, but it is suggested they may concede defeat in their efforts to keep him if an acceptable offer comes in the summer – with the Gunners ready to meet the apparent €35m price on Magalhaes‘ head.

Everton are big admirers of the centre-back and, according to the Liverpool Echo “have scouted the Brazilian extensively, adding him to their shortlist of centre-half targets”.

Everton though were thought to be waiting for clarity over the transfer window before pressing ahead with plans to try and sign the player.

The Brazil-born defender has made 34 appearances this season for Lille, scoring once.