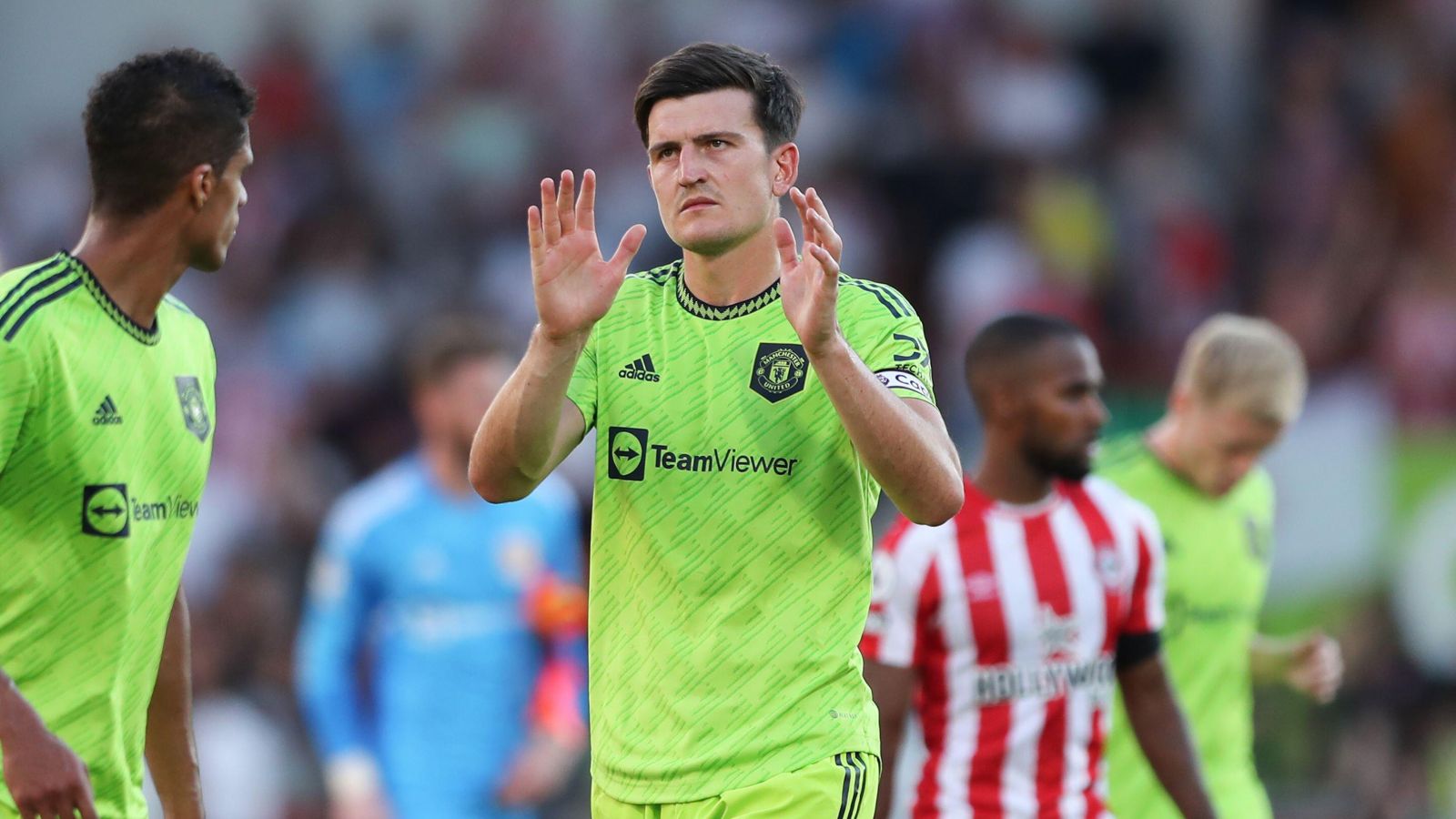 In an unexpected development, Chelsea have reportedly ‘made an enquiry’ to sign Man Utd captain Harry Maguire as part of a swap deal.

Well, f***ing hell. This is one none of us saw coming.

It is no secret that Chelsea are in the market for a new centre-back. This is needed after they lost Andreas Christensen and Antonio Rudiger to Barcelona and Real Madrid respectively.

The Blues have strengthened in that area as Kalidou Koulibaly has been brought in from Napoli for around £33m.

Chelsea want to sign a second new centre-back though and they are targeting Leicester City’s Wesley Fofana, who is open to the move.

With Leicester wanting around £85m for the Frenchman, Chelsea are tracking potential alternatives.

This is where Maguire comes in. The 29-year-old was heavily criticised last term as Man Utd endured a torrid season.

He was bad, but in his defence, so were most of his United teammates. Club legend Gary Neville has argued that Maguire, Raphael Varane, David De Gea, Marcus Rashford, Jadon Sancho and Marcus Rashford would be “outstanding” if they were managed by Sir Alex Ferguson:

“Those same five or six players that we’re currently saying aren’t good enough, they would be outstanding if Sir Alex Ferguson was the manager and the culture was still there,” Neville said on The Diary of a CEO podcast.

“They’ve not got the guidance on or off the pitch.

“When I played, I felt comfortable because I knew I was being looked after by experienced people. These players go out onto the pitch now and they feel alone. That’s why I’m a little bit critical of Cristiano.

“You’re the man, you’re the star, you’re the best player in the world. Come on. Now isn’t the time to be throwing your arms around or walking off the pitch. Now is the time to make sure you lead those people.”

The Daily Mail are reporting that Chelsea are ‘eyeing a shock swoop’ for Maguire. Unsurprisingly, the word shock is capitalised in their report.

The Blues are said to have asked about Maguire’s availability as he is currently ‘sweating on his place in United’s team’.

The report notes that buying Fofana is a ‘priority’ for Chelsea, but signing Maguire has been ‘seriously considered’.

Interestingly, Chelsea would want the Maguire transfer to be structured as a player swap involving Christian Pulisic.

The USA international is unlikely to feature much if he remains at Stamford Bridge. He will be keen to play regularly ahead of this winter’s World Cup.

Pulisic has been linked with Man Utd in recent days, and the player is understood to ‘prefer’ a loan.