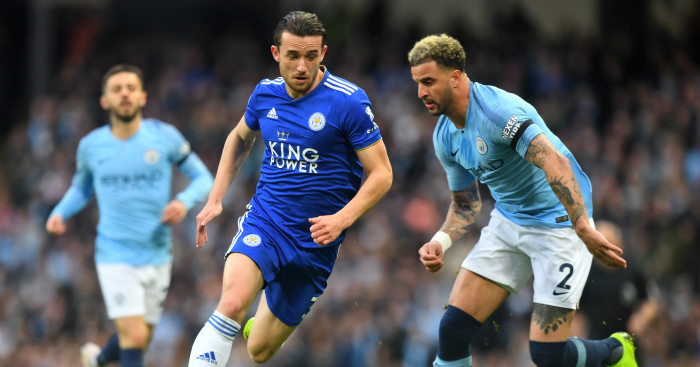 Chelsea have emerged as frontrunners for Leicester left-back Ben Chilwell ahead of Manchester United and Manchester City.

The Blues have identified Chilwell as a key target for when they are able to re-enter the transfer market, reports the Daily Mail.

Chelsea are currently halfway through the two-window ban they received for breaching FIFA rules on signing youth players, but are hoping they could be cleared to make signings as early as January.

They are awaiting an appeal date from the Court of Arbitration for Sport after calling for their punishment to be overturned or reduced.

Chilwell has drawn the attention of many top Premier League clubs following his impressive form with both Leicester and England.

Chilwell is thought to be among eight targets in the revamp at Manchester United along with Leicester teammate James Maddison.

And Man City were also previously thought to be keen on Chilwell, who is tied to Leicester until 2024 after signing a new contract a year ago.

Injury problems for Benjamin Mendy led to Pep Guardiola requiring cover in that area but they had a change of heart over spending big on a left-back, clearing the way for Chelsea to make a move for Chilwell.