Lampard is desperate to sign a left-back, but is not willing to pay the £80m for Chilwell. 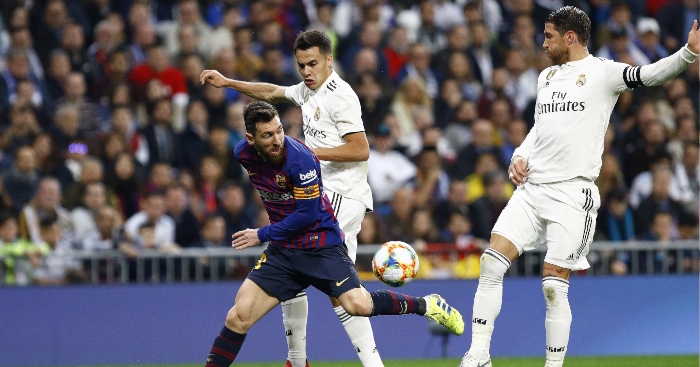 Chelsea are set to battle Everton for Real Madrid defender Sergio Reguilon this summer as yet another alternative to Ben Chilwell, according to reports.

Frank Lampard is searching for defensive reinforcements, with the left-back position thought to be a priority at Stamford Bridge.

Ben Chilwell is reportedly Lampard’s first choice, but Leicester’s £80million valuation is proving to be a sticking point.

Reguilon is the latest in a growing list of cheaper alternatives, according to Sky Sports.

Nicolas Tagliafico, Alex Telles, Robin Gosens and Marc Cucurella have all been linked with a move to Stamford Bridge.

Reguilon has enjoyed a standout season on loan at Sevilla from Real Madrid, helping them to a top-four finish in La Liga and Champions League qualification.

Madrid already have Marcelo and Ferland Mendy as options at left-back and need to raise funds to strengthen their squad elsewhere.

Everton have already bid £18m for the Real Madrid academy graduate but Chelsea have reportedly made their interest known and a larger bid is expected in the coming days.