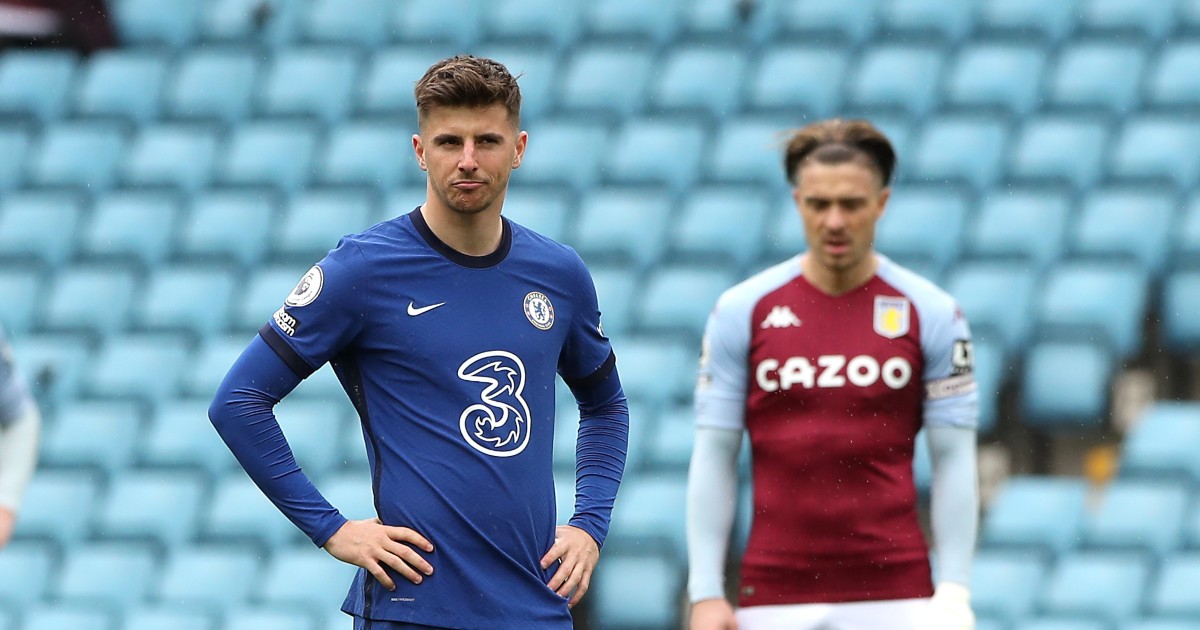 The midfielder has been one of the standout players in the Premier League this season and has been tipped to move away from Villa Park, with Manchester City the team most consistently linked.

But Chelsea have now moved ahead of other suitors, according to Spanish outlet Fichajes.

The report claims the Blues – who are set to spend big again this summer after Champions League glory – are now ‘favourites’ to land the Villa skipper.

Grealish scored seven goals and claimed ten assists for his boyhood club this season, despite missing a big chunk of it through injury.

His form has seen him included in Gareth Southgate’s England squad, though reports suggest he may start the tournament from the bench.

The 25-year-old is under contract at Villa until 2025 having signed a new deal back in September, meaning Dean Smith is under no pressure to sell him this summer.

And the Villans have reportedly slapped a £100million price tag on the England man’s shoulders to ward off the teams circling.

But former Villa defender Alan Hutton claims his former club will struggle to keep hold of their captain if he performs well at Euro 2020.

“I genuinely hate talking about it but it’s part of it. He’s a fantastic player. For me he would start (for England), it’s a no brainer.”

“Obviously, opinions differ but he’d be in my starting XI. He just makes things happen. People talk about the amount of times he gets fouled around the box but that’s not just him.