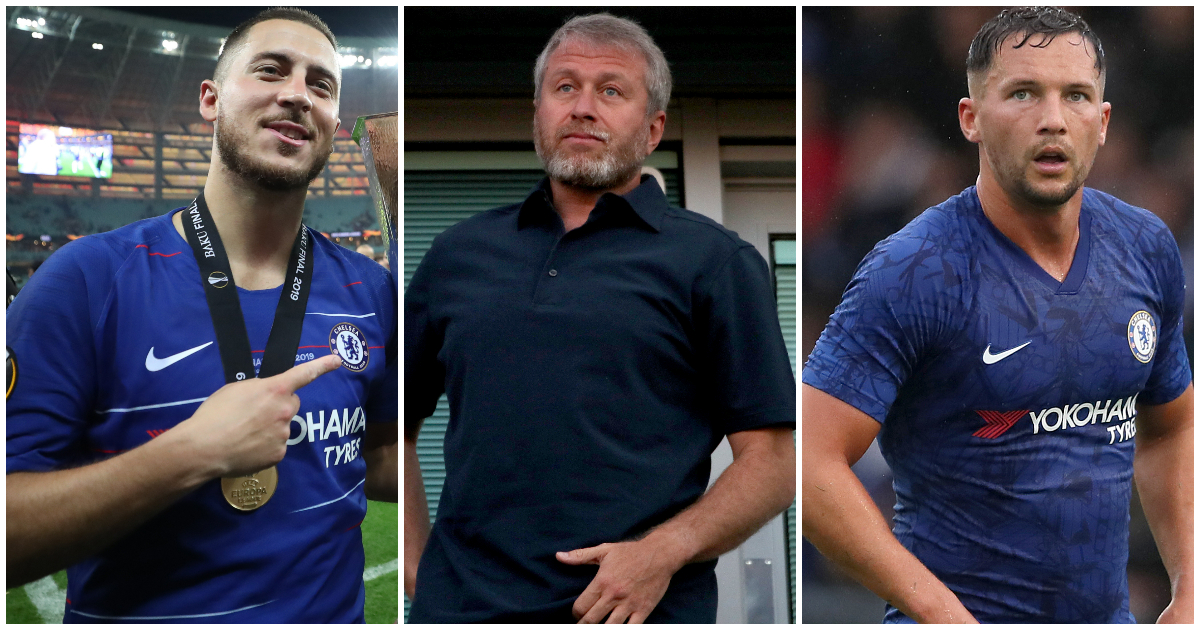 Chelsea owner Roman Abramovich signed 24 players for the Blues who cost more than £25million. Some have been brilliant; some were hilariously bad…

As he waits for offers for the club, we’ve ranked those big-money buys, from the ridiculous to the sublime…

24) Danny Drinkwater
Signed from Leicester for £35million in 2017, made just 12 Premier League appearances during what he described as ‘a shambles’ of a Chelsea career, and remains on £100,000 a week while flailing around at the bottom of the Championship with Reading.

23) Tiemoue Bakayoko
At £40million, the French midfielder was Chelsea’s second-most expensive signing in 2017 and he was little better than Drinkwater. Best remembered for his hilariously calamitous display at Watford. Remains on the payroll despite having played for Napoli, Monaco and AC Milan twice since his last Chelsea appearance.

22) Andriy Shevchenko
The Ukraine striker was something of a personal indulgence for Abramovich, who coughed up a British transfer record £30million to take the Ballon d’Or winner from AC Milan. For that sum, Chelsea got nine Premier League goals. A penny for Sheva’s thoughts on his former paymaster now…

21) Alvaro Morata
Unless it was Cesar Azpilicueta passing him the ball, Morata was largely rubbish and looked thoroughly miserable for 18 months after Chelsea spent £58million to sign him from Atletico.

20) Timo Werner
There is obviously a player in Werner, but like so many expensive strikers before him, the German is struggling to show it. Too often seems on a completely different wavelength to his team-mates, regardless of whether he plays through the middle or off the flank.

19) Michy Batshuayi
The Belgium forward cost £33million from Marseille, prompting hopes Chelsea had signed the next Drogba. Eight goals in 48 Premier League appearances shows they absolutely did not, though his goal at West Brom sealed the title for Antonio Conte in 2017. Currently on his fifth loan spell away from Stamford Bridge.

Ten questions as Roman Abramovich puts Chelsea up for sale

18) Juan Cuadrado
Signed from Fiorentina for around £26million in 2014; made 13 completely forgettable Premier League appearances; then Juventus gave Chelsea most of their money back.

17) Kepa
The world’s most expensive keeper has had a shocker since replacing Thibaut Courtois. Managed to carve out a reputation as a penalty-saving expert, until 427 Liverpool players scored past him on Sunday. How much of the £72million might Chelsea get back in the summer? They’ll be lucky to claw back a third, which is around the amount it cost to replace him with Edouard Mendy.

16) Romelu Lukaku
Chelsea’s most expensive signing ever at £97.5million has looked more the Manchester United Lukaku than the one who tore up Serie A with Inter. Seems to wish he was back in Italy and there would be a few Chelsea fans who might offer him a lift.

15) Fernando Torres
Chelsea won the Champions League and Europa League with Torres after spending a British transfer record £50million fee, but his woeful inconsistency made their achievements more in spite of the Spaniard than because of him. Not helped by injuries and comparisons of his incredible form at Liverpool. Still, he’ll always have the Nou Camp.

14) Hakim Ziyech
Has shown glimpses since joining from Ajax for £33million in 2020, but no consistency as yet. Swerving the treatment table would help.

13) Christian Pulisic
The very same can be said of Pulisic since his £58million move from Borussia Dortmund. Jamie Carragher reckons he’s got more quality than Mason Mount, Kai Havertz and Ziyech but ‘I just don’t see it enough’. Nor do we. Prone to injuries too.

12) Ben Chilwell
The England left-back has enjoyed and endured a mixed Chelsea career so far. Won the Champions League in his first season; started his second on the bench; won his place back; then sustained a serious knee injury.

11) Oscar
A fine signing if only because they more than doubled their money on the £25million Brazilian when he was offered semi-retirement by Shanghai SIPG, who paid Chelsea around £60million.

10) Mateo Kovacic
Another to benefit from Tuchel’s trust. Slowly – very slowly – established himself as one of Chelsea’s key midfielders.

9) Antonio Rudiger
Frank Lampard might not have fancied him but Rudiger has re-established himself under Tuchel as one of Chelsea’s most important defenders. Shame they’ll probably lose the £29million centre-back for nothing in the summer.

8) David Luiz
Chelsea bought Luiz for around £21million in 2011; sold him to PSG for about £50million three years later; then bought him back for £34million in 2016. Won the lot, looked both a world-beater and a liability, sometimes in the same game. Forced a move to bitter rivals by clashing with a club legend. Make of all that what you will…

7) Willian
The Brazilian scored 63 goals and assisted 62 more after Chelsea signed him from Shakhtar Donetsk for £30million. Further enhanced his Blues legacy by going to Arsenal and being utter sh*te.

6) Cesc Fabregas
Arsenal might have seen the brilliant best of Fabregas but the Spanish pass-master was still a top-class puller of strings and won every domestic honour with Chelsea after signing from Barcelona for £27million in 2014.

5) Kai Havertz
Worth the £71million for his Champions League-winning goal last summer. Which is lucky since his overall inconsistency has been frustrating.

4) Jorginho
Some don’t appreciate the Italy midfielder; others believe him to be one of Chelsea’s most important recent signings. Jorginho was certainly crucial to Maurizio Sarri but his best football has been played under Tuchel, with whom he won the Champions League and the European Championships within a few weeks of each other. Takes a tidy penalty too.

3) Diego Costa
A sh*thouse. A ruthless, woefully missed sh*thouse. Caused havoc everywhere, from opposition defences to his own dressing room. Signed from Atletico for £32million in 2014, scored 52 Premier League goals and won two titles, and then f***ed off back to Atletico for £57million in 2017.

2) N’Golo Kante
Won the title with Leicester and immediately turned Conte’s Chelsea into title winners too. Won everything else there is to win with the Blues, aside from the League Cup. The best £32million Abramovich has spent, or would that be this guy?…

1) Eden Hazard
The Belgian was Europe’s most sought-after player when he snubbed Man Utd for Chelsea in 2012. Then he made himself one of the world’s best players, while winning a pair of Premier League titles and a couple of Europa Leagues, before moving to Real Madrid for £100m-plus as a Chelsea legend. Struggled horribly since then with injuries and buffets, but his legacy at Stamford Bridge remains unblemished.