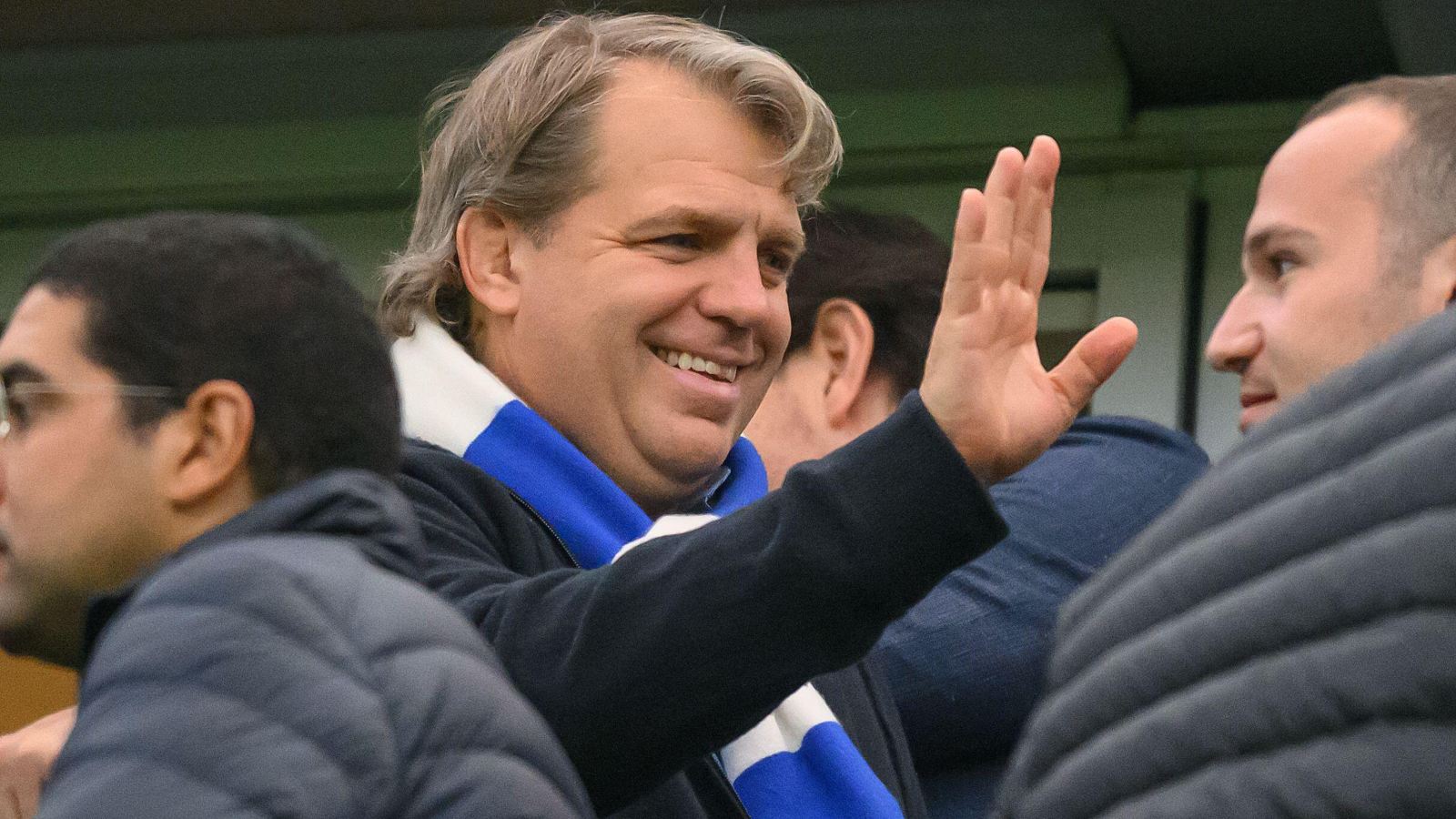 The Mailbox asks how Chelsea plan on passing Financial Fair Play regulations after all their spending, while Man Utd are still in desperate need of a striker.

FFP
Can someone please explain to me how Chelsea expect to beat FFP regulations? Are they signing everyone they can now to offset their inevitable transfer ban down the road?

They’re most likely not going to be in Europe next season, which means they’re gonna take an income hit. I just get the feeling that the regulators, both Premier and European, don’t really care. I feel like they don’t want to enforce the law because money is ultimately king. As an Arsenal fan, am I jealous they can buy whoever they want, of course, but would I want that kind of behaviour at my club? Probably not. At which point do young players start looking at Chelsea and thinking, there is no path to first team for me? Chelsea signed an exciting prospect from Arsenal called Omari Hutchinson, I wonder what he is thinking seeing Chelsea spend £88 million for a player in his position.
John Matrix AFC

United striker problem could make or break season, Kane in the summer?
Following the 4-2 win for City against Spurs yesterday (Which truly defined just how Spursy Spurs can be, there was absolutely no fight from them in the 2nd half apart from the Perisic chance that hit the bar) it is only a matter of time Conte leaves or falls out with the board/players and perhaps will go back to Juventus at the end of the season. As a United fan, a draw would have been ideal due to the 1-1 draw from Palace that took place, but City in the 2nd half showed exactly why they are champions and this was without KDB, Walker & Cancelo starting. Also goes to show why Spurs will always be labelled as bottlers, the only reason I think they may still challenge for Top 4 is because of Kane & Conte as well as some other decent quality players (Bentancur, Romero, maybe Son but looks past his best)

The 1-1 draw against Palace goes to show that United aren’t title contenders though. Don’t get me wrong as don’t want to come across as dramatic as such like many United fans, it’s not a terrible point, Palace are a decent mid-table Prem team. However, it was a reality check in which Max of Whitegate mentioned in his latest article. Ten Haag has only been around for 6-7 months in the job and needs to focus purely on getting Top 4, coaching/improving the players and take it from there from next season. However, United should have beaten Palace and seen the game out but what can you do about a decent freekick. What United could control however was grabbing that all important 2nd goal to make it 2-0. The penalty shout for McTominay wasn’t a penalty, he went down too easily given how big a bloke he is. I would expect him to start against Arsenal instead of Casemiro though with Eriksen in midfield with Bruno just ahead, need McTominay as a physical presence in that midfield against Xhaka & Partey (Just hope that Scott does not win the ball then lose it again straight after, just pass it to Eriksen next to you please).

I think what will ultimately make or break United’s season though is the need for a top top striker (For example, let’s say they get to the EL or League Cup final and need a goal to win the game or keep it alive if losing) they will need a piece of quality from a player like Fernandes, Rashford or Eriksen, we are not going to get that from Weghorst or Martial. I think Weghorst can definitely help players like Rashford & Fernandes, but they will go off form now and then, a top striker wins football games. The last world class United striker United had in successful team was Ibrahimovic. That is why it is a shame that Ronaldo being the self-entitled twat left because he could not accept playing EVERY game, but given he has scored over 800 goals, his overall career in general and money thrown at him, can you blame his ego? Plus, he was constantly made the scapegoat too whenever United lost, with constant stories about him even when he didn’t play, so probably just thought fuck this time to go to Saudi and chill.

Its why in the Summer, United will need to go for someone who can guarantee 25-30 goals a season. I think Kane would be a great shout and suitable too, and that is probably why winning a trophy and getting Top 4 is huge for United this season in convincing him to move. Will Kane really leave Spurs for United in the summer if United do NOT win a trophy this season & play in the best European competition next season? Probably not. He would definitely want to stay in England but could most likely force a move to a club like Bayern or Inter as well. I don’t see him at Spurs next season at all, how can you score 265 goals for one club in under 10 full seasons and not even have won an FA or Leage Cup to show for it? He will leave unless he himself prefers being the ‘Big Fish’ in a small pond, and if he wants that, he can stay at Spurs for the rest of his career and end up winning nothing at all, becoming another Alan Shearer or Di Natale.

Other alternatives as striker choices to buy in the summer for United would be players like Ivan Toney, Tammy Abraham or Vlahovic, who would do a job, but would they score 25-30 goals in a season? I doubt it. But Kane being re-united with Eriksen would definitely help him grab the goals and would definitely link up well with Bruno & Rashford too. He is overall a very good team player but has quality too. Kane should be the answer in the summer providing United reach their targets this season in getting Top 4 + a Trophy. Realistically, signing him £75-90million is what Spurs will AT LEAST want. He will be 30 years old by the start of next season but will still be a top player for 3 extra years and its worth the risk.
Rami, Manchester

Tottenham owners certainly don’t want to follow the lead of Arsenal and Manchester United circa Summer 2022, who had real shockers.

This isn’t just to laugh at F365. The point is that most people were backing Spurs to finish ahead of Arsenal, and that they had strengthened far more than Arsenal in the Summer. Ie, the ownership did their job. So people might want to look at the football side for where it has all gone wrong.
Jaimie Kaffash, AFC, London

Who gets who sacked…
It’s a bit of irrelevant history but in response to your piece yesterday “Klopp and Liverpool dominate: which managers and clubs force the most Premier League sackings?”, I’m old enough to remember when managers would be fired for allowing themselves to get beat by Man City because we were so cr@p. Indeed I wrote to the The Fiver on April 11th 2007: “As a devout Man City fan, can I say that it really gets my goat that teams seem to only sack managers after they get beat by us. Are we really the bar of rubbishness?”.

My friend tells me that back then many managers also fell (including Glenn Hoddle, Joe Royle, and Niall Quinn no less) for allowing their teams to be beaten by Plymouth..
Cal Loftus

Transfer Gossip
Off the back of the recent articles on Arsenal’s procurement and the mistake of Sterling’s move to Chelsea. 1+1=3 Sterling To Arsenal in the Daily Mail tomorrow.
JC STFC (that’s how it works right?)

Distain
So, Nick P will always have “distain” for Man U. Mainly because they used to be good at football and win things. Interesting.

So, if Nick P’s Di stain, Dis tain, Dist ain, I’m not sure I understand what he feels.

The word is disdain Nick, if you are to harbour a feeling, please make sure it exists!

Losing sleep over it, that’s just playing right into their hands.  I do not think Man U or their fans give a crap about your distain or disdain, Nick P.
Wayne

To Mark…
….To answer your question Mark, yes you now now have your very own glory hunters. Your club has now become everything you hated about United and its only taken 13 years since it started raining £50 notes.
Adam