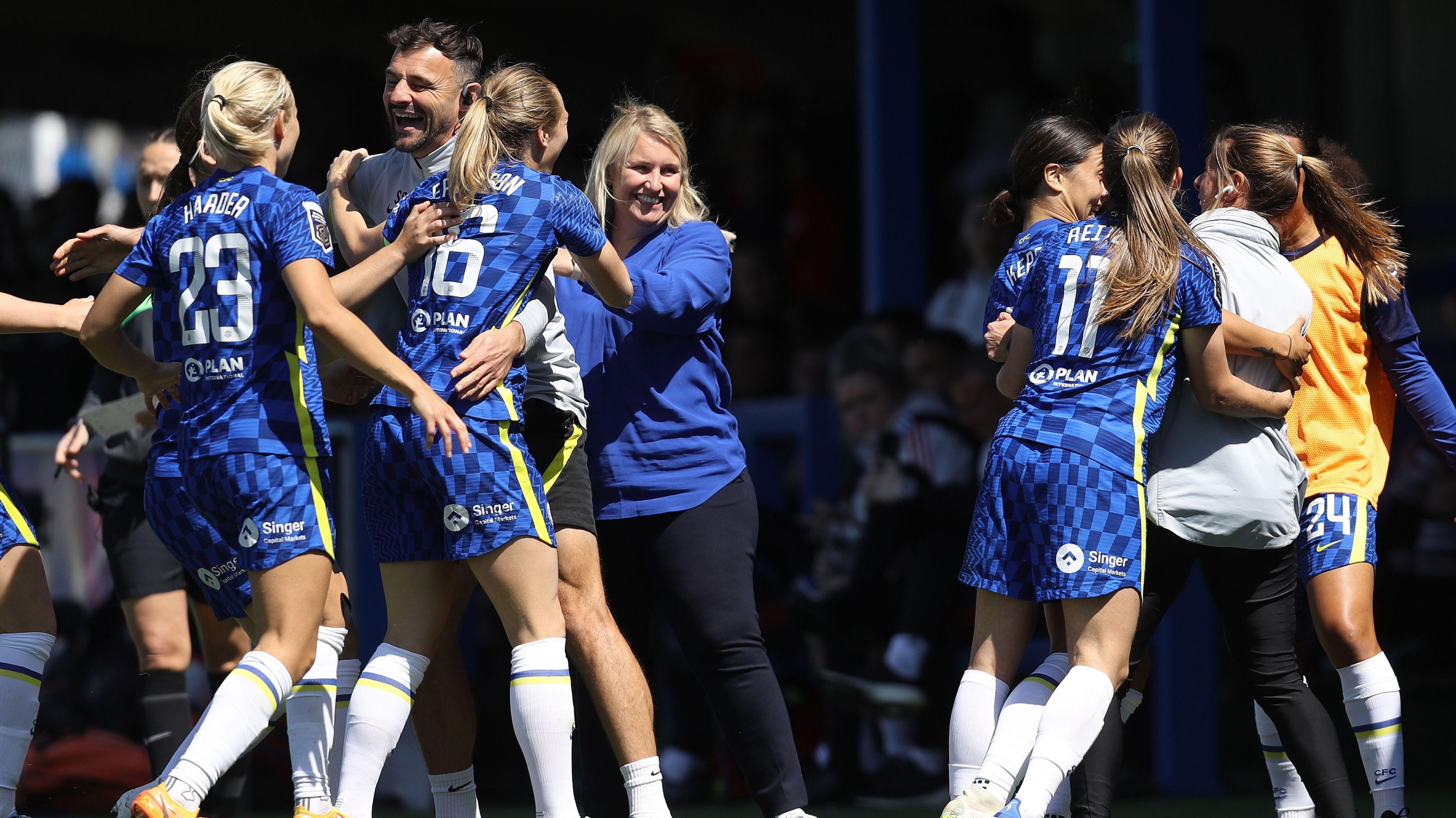 Chelsea secured a third consecutive Women’s Super League title as they battled back from behind twice to beat Manchester United on the final day.

Arsenal – playing West Ham – could have won the title but they needed to better Chelsea’s result.

This looked on the cards as Chelsea fell behind twice in the first half against Man Utd. Martha Thomas and Ella Toone got the goals.

But the Blues roared back in the second period. Sam Kerr drew them level with a stunning volley, Guro Reiten’s close-range finish gave them the lead and another Kerr volley afforded them breathing space.

Arsenal did everything they could, securing a 2-0 win away to West Ham, but it proved to be in vain.

Jonas Eidevall’s team were in pole position at half-time, with the score in their match 0-0 while Chelsea trailed. However, the Blues’ recovery ultimately rendered second-half goals from Stina Blackstenius and Vivianne Miedema meaningless.

Miedema’s future with the Gunners is uncertain, with the Dutch star out of contract this summer.

Manchester City clinched the third Champions League berth with a 4-0 victory over Reading.

At kick-off they knew that if they lost and local rivals Manchester United won they would be pipped for third place, but City were comfortable by half-time after goals from Lauren Hemp and Khadija Shaw.

An 85th-minute goal from Ellen White and an added-time penalty from Alex Greenwood made the result safe, and means City head into next Sunday’s FA Cup final against Chelsea in fine form.

Tottenham consolidated fifth place with a 1-0 win over Leicester thanks to Ashleigh Neville’s goal early in the second half, while Brighton and Everton drew 1-1.

Birmingham, who were already relegated to the Championship, ended the season on a high with a 1-0 win over midlands rivals Aston Villa.

Greek forward Veatriki Sarri netted the only goal in the 10th minute.