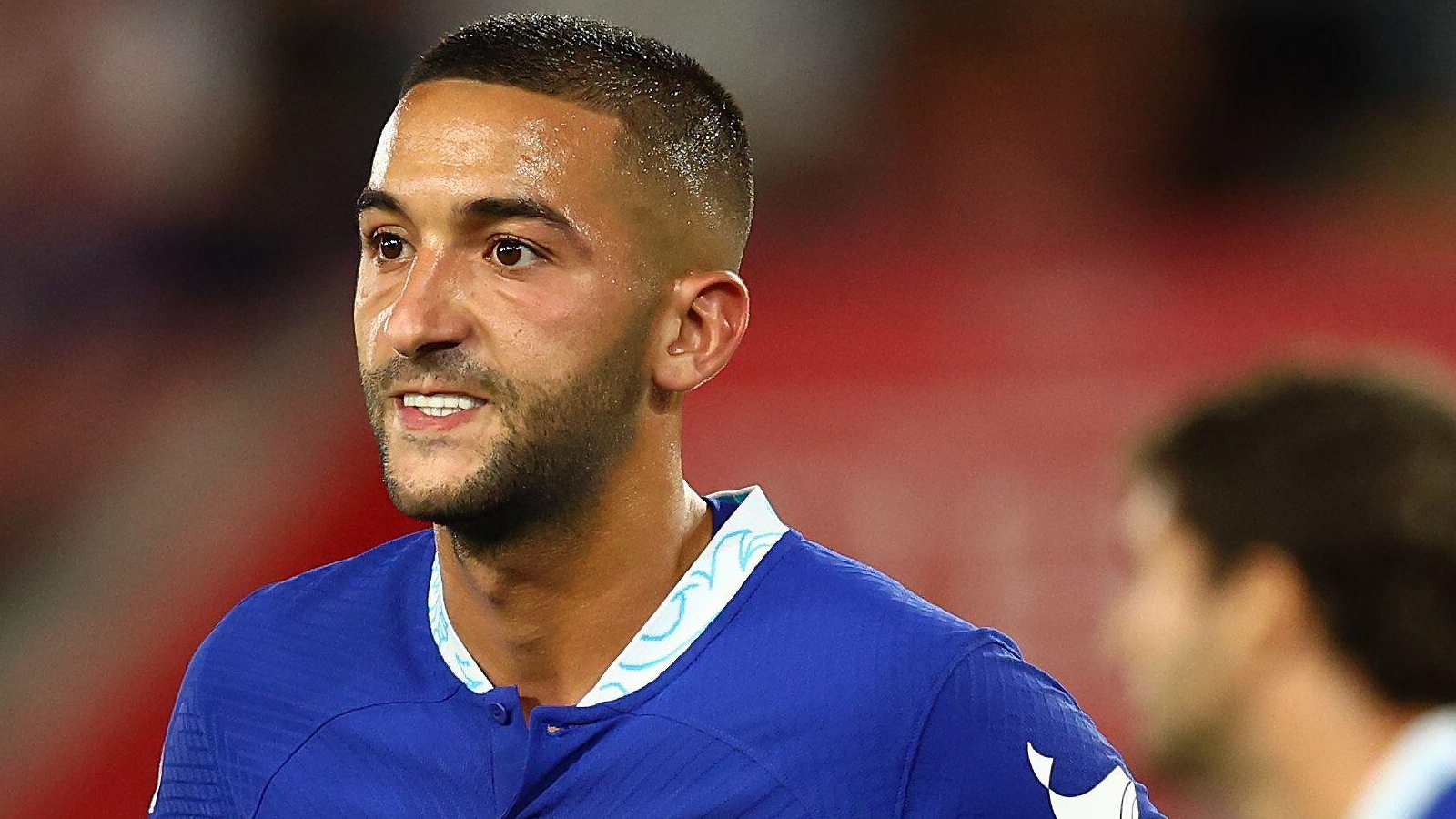 Hakim Ziyech is hoping a strong showing at this year’s World Cup will encourage a transfer bid from AC Milan.

The Chelsea forward joined the club in 2020, but a poor run of form has seen him drop out of the starting line-up.

And now Ziyech is pining for a move away from the club, and hopes to use the World Cup as an opportunity to perform under the global spotlight

According to Calciomercato, AC Milan is his preferred destination.

The Serie A outfit was reportedly close to bringing the winger to the San Siro this summer, but the deal fell through after Chelsea performed a u-turn on their agreement to sell the Moroccan.

However, after a quiet start to this season, Ziyech is hoping that Chelsea will not stand in the way again if the Rossoneri come knocking.

Milan are reported to not want to sign Ziyech until the summer, but the winger is looking to use his performances at the World Cup to convince the Serie A side to make a bid in the upcoming January transfer window.

Ziyech’s Chelsea have had a tumultuous first half of the season.

After sacking their manager Thomas Tuchel at the start of September, former Brighton boss Graham Potter has taken the reins at the West London club.

Potter enjoyed a positive start, but a run of poor results leading up to the World Cup break has left some questioning his ability to manage teams at the very top level.

It is under Potter that Ziyech’s playing time has really diminished.

Chelsea faced AC Milan in the Champions League this season, however Ziyech was not afforded the ability to perform in front of his potential suitors after Potter did not select the forward for his squad.

It was in the Champions League was the tournament in which Ziyech made his name, however at his former club, Ajax.

He played for the Dutch giants in a squad that performed so impressively to reach the Champions League semi-finals in 2019, before losing out to Tottenham in the dying seconds.

Ziyech will be hoping this World Cup can have the same effect on his career.

He scored a wonder goal in yesterday’s warm up game versus Georgia, knocking it over the oppositions ‘keeper’s head from his own half

Ziyech’s Morocco side are in Group F, a tough group that will see them face Croatia, Belgium and Canada respectively.

They start their World Cup campaign against the previous World Cup finalists on Wednesday 27th November.