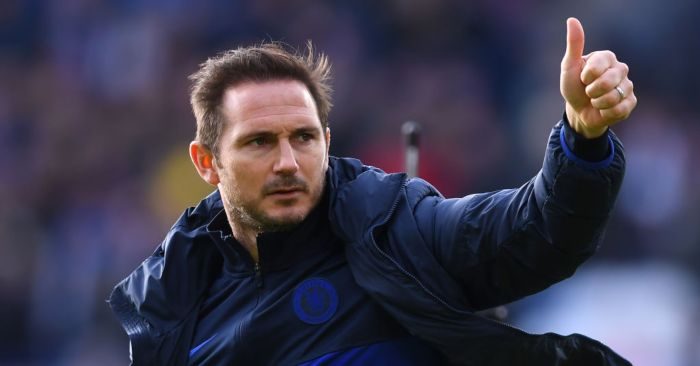 The two quotes are separated by less than six months, yet could not be further apart. “I love listening to the radio and hearing predictions when we’re not in the top four,” said Frank Lampard before the season began in August. “Because it means that there is a challenge and there isn’t anything better in football than proving someone, or people, or an idea wrong. We should all accept that challenge.”

By the final day of January, that tune had changed drastically. “This is not to talk ourselves down, because we’re six points clear in fourth…now we probably become the underdogs,” was the Chelsea manager’s exasperated message. “I think at the start of the season nobody had us in their top four. But the reality is that now it’s going to be a real big fight.”

The difference in language is telling. What was a “challenge” to be embraced and approached head-on has become “a real big fight” in which Lampard is willing to pitch Chelsea as “underdogs” – even against promoted Sheffield United.

“Chris Wilder’s job is incredible,” he claimed, in a point veiled so thinly it was bordering on unhealthy, “because he’s had years to work that group and now they’re adding where he sees fit.”

And you can understand his frustration. The £150m budget that was promised almost immediately after the FIFA transfer ban was painstakingly overturned will now be given to the manager in the summer – according to the London Evening Standard – ‘to offset his disappointment at the club’s failure to sign any players in January’.

Imagine being promised something extravagant for your birthday, waking up to nothing but a card from Tesco, then being told the gift will instead be delivered months later at Christmas with seemingly no explanation.

It really is a faintly ludicrous position to place a manager with such limited experience. Just two Premier League clubs made no signings in January, and while Manchester City need defensive reinforcements, they could justify their inaction with the return of Aymeric Laporte; Chelsea had their shoelaces tied together in the summer and have now voluntarily handcuffed themselves instead of trying to escape.

Lampard has been a victim of his own relative success. Would the hierarchy have sanctioned signings if they were chasing a Champions League place instead of trying to consolidate? Did a gap to fifth that has already been reduced to four points since the window closed lure them into a false sense of security?

A club that has won four of its last 13 matches desperately needed something different. But Chelsea have taken advantage of both a callow squad and the manager’s goodwill with the majority of supporters. The only other January since 2010 in which they didn’t sign a single player was during Antonio Conte’s title-winning 2017. It was not needed then; it certainly is now.

The muddled message is to make do. With a creaking Tammy Abraham, a mess of a goalkeeping situation, an inadequate selection at left-back, more impetus needed from the wide forwards and momentum against them, Chelsea must keep their head above rising water.

They welcome Manchester United and Tottenham to Stamford Bridge in their next two games, sitting four and six points above them respectively. Those two sides spent more than £100m between them. Chelsea’s decision to put repairs off for a few more months while their direct rivals buy new parts and explore shortcuts might well work, but it is an unnecessary risk that could prove foolish in a matter of weeks.

The change in Lampard from eternal positivity to indulgent pessimism sums up this situation. Chelsea started this season at a distinct disadvantage but welcomed the test, enjoying the absence of pressure. The sprint finish is not even in view and they are already refusing to take on fluids while making excuses in case they trip over their own shoelaces.