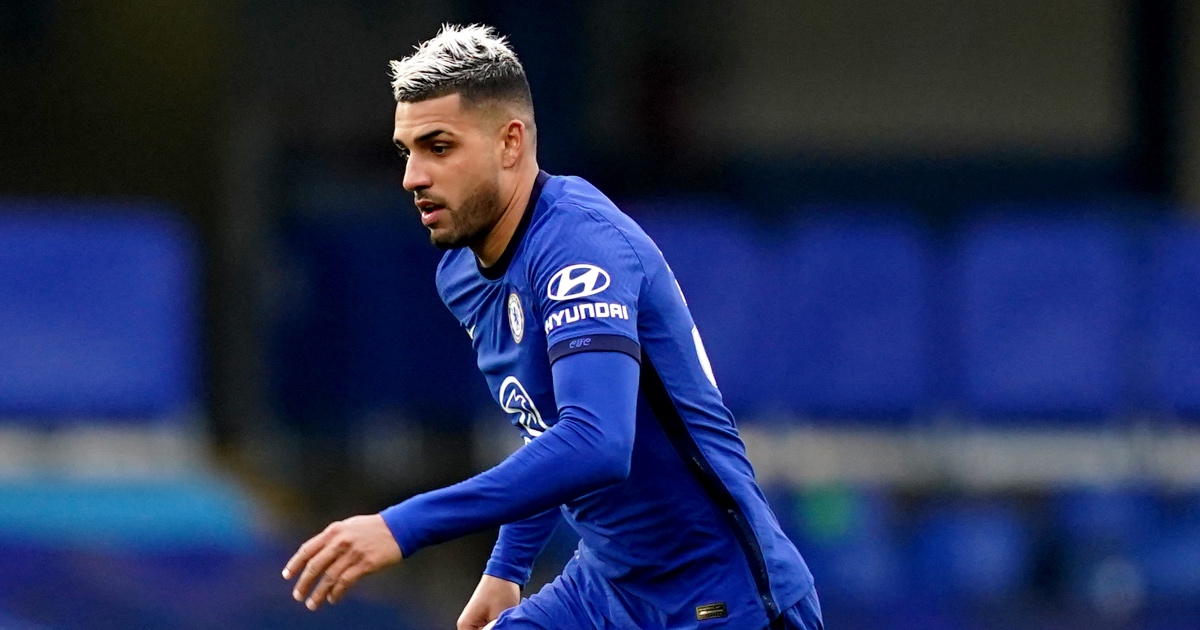 Chelsea have placed a £17million price tag on unwanted Italian left-back Emerson Palmieri, according to reports.

The 26-year-old has featured just twice in the Premier League this season and is yet to play under Thomas Tuchel.

He’s been deemed as surplus to requirements at Stamford Bridge, with the Blues ready to listen to offers.

According to Italian source CalcioMercato (via Daily Mail), Chelsea will allow Emerson to leave for £17million.

Teams across Europe have been linked with his signature, most notably Inter Milan and Napoli.

Inter boss Antonio Conte is thought to be a big fan of the defender. He brought Emerson to Stamford Bridge in January 2018 during his spell as Blues manager.

Chelsea signed Emerson from AS Roma for £18million. They’re willing to take a £1million loss on the player to get him off their books.

Tuchel already has Ben Chilwell and Marcos Alonso at his disposal in Emerson’s position.

The pair have been sharing game time since the arrival of Tuchel in January. Chilwell is seen as the long-term solution for the Blues, although Tuchel rates Alonso’s attacking abilities and is keen to keep him.

Their form has seen Emerson’s first team opportunities limited. Chelsea are now ready to let him leave if they receive the correct bid.

Speaking about the player’s situation recently, Tuchel said: “I have another guy who I would love to mention in Emerson who suffers from bad decisions by me.

“He does not play but he is an amazing guy who trains at the highest level and he never lets the team down with his mentality. It was a super hard decision today to have him out of the squad, the same with Tammy [Abraham].

“It is like this, we have a strong group. The guys have to keep on fighting. There’s no other way.”

Emerson last played for the Blues in February, during the 1-0 FA Cup victory over Barnsley.

However, his career in the Prem looks set to be over and he could now secure a return to Italy.