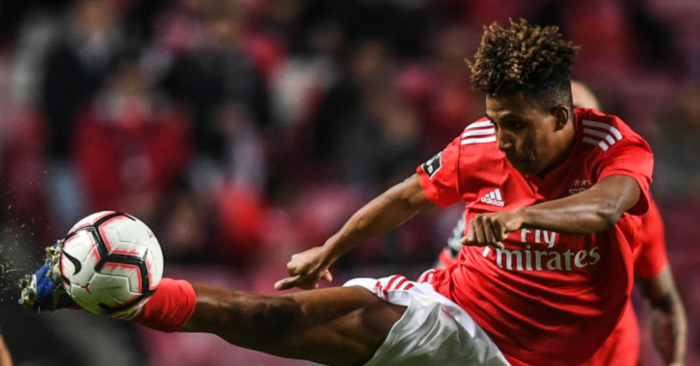 Chelsea and West Ham have reportedly both made offers for Benfica star Gedson Fernandes.

Both London clubs are looking to take the midfielder on an 18-month loan with an obligation to buy, reports Sky.

But the Blues are thought to be offering £55million for Fernandes, while the Hammers are said to be looking to pay £33million for the Portugal international.

Meanwhile, Chelsea are reportedly refusing to pay Crystal Palace’s £80m asking price for Wilfried Zaha, but may stand more of a chance of securing a deal after he switched agents.

Chelsea boss Frank Lampard has plenty of attacking options with the likes of Willian, Pedro, Callum Hudson-Odoi and Christian Pulisic.

And Lampard refused to discuss Zaha when asked at a recent press conference if Chelsea were pursuing a deal to sign the Ivory Coast international.

“If we have to do business we’ll do it in the way that we see fit to try to make us better and that’s done behind closed doors as opposed to just announcing who we might want to bring in.”